More women have come forward to complain about abortion-access hurdles in Nova Scotia, as a national lobby group says it plans a renewed push in the province.

One woman says she was a 23-year-old university student when she missed a period and suspected her birth control had failed. She confirmed it with a pregnancy test in a Starbucks washroom.

"I was in this state of incredulity," said the woman, who spoke on condition of anonymity. "But from the very beginning, I absolutely knew what my choice was."

She made an appointment at an on-campus health clinic where a doctor repeatedly questioned her decision and made her feel uncomfortable.

"I walked in and was extremely clear about what I wanted," she said. "I didn't expect a clap on the back, but the doctor was completely unsupportive."

Although the doctor did eventually write a referral, she had to wait more than six weeks before obtaining an abortion.

Compounding delays is a lack of provincial coverage for the abortion pill Mifegymiso, a two-step process that can be used to terminate a pregnancy of up to 49 days. Also, the province has no private or free-standing abortion clinics and the Halifax hospital that performs nearly 90 per cent of the province's abortions will only book appointments for women who are at least eight weeks pregnant.

"We've always pointed to the Maritimes as a huge problem for abortion access, but now that P.E.I. and New Brunswick have improved access, Nova Scotia has been left behind," Joyce Arthur, executive director of the Abortion Rights Coalition of Canada, said in an interview from Vancouver. "Nova Scotia will become more of a focus for pro-choice efforts to improve access."

She said one of the biggest problems in the province is the need for women to obtain a referral before being able to make an appointment for a surgical abortion.

"Women are at risk of having to deal with anti-choice gatekeepers who will delay access even further or shame women and treat them inappropriately and unprofessionally," Ms. Arthur said. "Eliminating the referral requirement bypasses all that politicization and anti-choice stigma."

It would also reduce wait times, she said. Nova Scotia does not appear to keep statistics on how long it takes women to obtain an abortion after a referral, but average wait times of women interviewed ranged from four to eight weeks.

"It's unconscionable the province would let that go on. Waiting a month or two for an abortion is hell," she said. "It's traumatic and damaging to women and violates the spirit of the 1988 Morgentaler decision and likely violates constitutional rights."

Ms. Arthur said the abortion pill could be a "a real game changer," but said Mifegymiso must be made easily accessible and free in order to improve access.

Alberta, Manitoba, Ontario, Quebec and New Brunswick have all said they would provide at least some coverage for the drug.

Barb Shellian, president of the Canadian Nurses Association, said it's essential for the abortion pill to be universally funded and equally accessible across the country.

"This drug has been used safely in Europe and the United States for decades," she said from Saskatchewan. "It gives the option for a medical intervention rather than a surgical intervention and at the end of the day it may actually be cheaper." 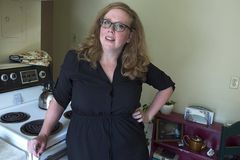 Ontario women to get free access to abortion pill Mifegymiso as of Aug. 10
August 3, 2017
Quebec government hopes to offer abortion pill Mifegymiso for free
July 6, 2017
Report an error
Due to technical reasons, we have temporarily removed commenting from our articles. We hope to have this fixed soon. Thank you for your patience. If you are looking to give feedback on our new site, please send it along to feedback@globeandmail.com. If you want to write a letter to the editor, please forward to letters@globeandmail.com.
Comments