Barry and Honey Sherman were killed in a targeted attack, police revealed on Friday, ending six weeks of speculation around the deaths of the billionaire couple.

Hours after releasing the Shermans' home as a crime scene, Detective Sergeant Susan Gomes called a news conference at Toronto Police headquarters to provide an update on the mysterious case that has garnered international attention.

"I believe that they were targeted," Det. Sgt. Gomes said. "We believe now, through the six weeks of work and review, that we have sufficient evidence to describe this as a double homicide investigation."

But as she answered the largest question regarding the case, Det. Sgt. Gomes refused to disclose more information about the investigation, including possible suspects, how detectives reached their conclusion or why police took so long to update the public.

The service has been silent about the high-profile case after facing early criticism from the couple's children, who hired a team of private investigators led by prominent defence lawyer Brian Greenspan to conduct a parallel investigation.

The Sherman family has said from the beginning that the couple was murdered, and rejected media reports – including in The Globe and Mail – that cited police sources who said their early theory was that the case was a murder-suicide.

Last week, media outlets reported that the family's private investigators – including a forensic pathologist who conducted a second autopsy on the bodies – had concluded the deaths were homicides.

The family released a statement shortly after the news conference. "This conclusion was expressed by the family from the outset and is consistent with the findings of the independent autopsy and investigation," the statement said. "The family continues to support the Toronto Police Service in their efforts to seek justice for their parents and pursue those responsible for these unspeakable crimes."

As homicide investigators left the Shermans' north Toronto mansion, where their real estate agent discovered their bodies on Dec. 15, the private investigators moved in to begin their own analysis. A security team set up a perimeter around the house with its own caution tape.

Private investigator Martin Woodhouse was seen entering the family home multiple times on Friday afternoon. He did not answer reporters' questions, other than to say that he was checking to make sure the scene is still secure.

Det. Sgt. Gomes said investigators had kept an open mind throughout the investigation, considering all three possible scenarios (double suicide, murder-suicide and double homicide) equally. Asked about the leak, she said she does not know where it came from.

"Facts guide our focus. Conjecture and speculation have no place," she said.

She refused to say at which point in the past six weeks police made their determination that this was a double homicide – or whether they had changed their opinion at any point. She was tight-lipped on any suspects or theories.

"It's possible," was all she would say when asked about different scenarios.

"We haven't developed any suspects outside of understanding that people are outstanding, or a person is outstanding, for this offence."

Mr. Sherman, 75, whose net worth was estimated to be $4.77-billion, was the founder of the global generic drug giant Apotex Inc. Mr. Sherman and his company routinely sued or are sued by rivals over the rights to make drugs.

Mr. Sherman and Ms. Sherman, 70, were last seen alive the evening of Dec. 13, and did not communicate with any family, friends or associates from that point on, Det. Sgt. Gomes said.

Their bodies were found in the basement pool area of the home on the morning of Dec. 15. They were clothed, and "in a semi-seated position" on the pool deck, hanging from belts tied to a railing. The house showed no sign of forced entry.

Police have spent thousands of hours on this investigation, Det. Sgt. Gomes noted on Friday, and have an "endless" to-do list still to tackle.

Asked about the lengthy probe, she said it was appropriate given the size of the 12,000-square-foot home, noting that nearly 150 items have so far been seized for forensic analysis and review. A property the couple owned in Florida was also searched.

Det. Sgt. Gomes would not comment on what police found in the home, or whether they believe any valuables were taken.

Police have compiled witness statements so far from 127 people and have a "significant list" of people still to talk to – including prospective buyers who visited the home with realtors in the weeks before the deaths. Officers have collected four terabytes – or 2,000 hours – of surveillance footage from commercial and residential properties around the house, and have executed (or are in the process of attaining) 20 search warrants.

Det. Sgt. Gomes said the "litigious nature of Barry Sherman's businesses" is an added complication – particularly when it comes to the search and seizure of electronics and Mr. Sherman's work space at Apotex.

In an e-mail on Friday, company spokesperson Jordan Berman said Apotex has been co-operative with the investigation.

"Let me be clear," he said. "Apotex has, and continues to fully co-operate with the Toronto Police Service in their investigation, and has offered its full support. At no time have we refused or challenged any authorizations."

Asked if the family's private investigation is a concern to police, Det. Sgt. Gomes said, "absolutely not – they haven't distracted us from the get-go and they will not distract us as we carry on."

She said that contact with the immediate Sherman family has been "consistent and ongoing," and that they have been understanding and co-operative.

"For them, it has been difficult to balance their patience with their frustration with us and our investigation, not unlike any other family who has suffered such a sudden and profound loss."

With a report from Jesse Winter 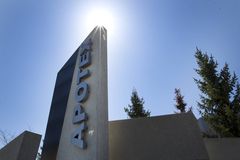 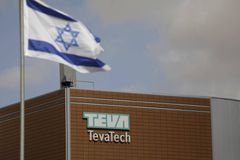