Gender differences and navigation skills can be a sensitive topic among men and women.

Yet common experience and science both seem to suggest male brains have the edge when it comes to getting around in unfamiliar landscapes. Females, on the other hand, tend to win in a contest of spatial working memory – the kind of skill that seems to make it easier for women to remember where their partners left the car keys.

A popular explanation is that the difference could be a relic of our hunter-gatherer past, when males roamed farther afield and females kept track of resources closer to home, but the scientific case for this is far from air-tight.

Now a new study shows that in brown-headed cowbirds, the females excel in the navigation department, and they have the anatomical equipment to prove it. The result helps explain how gender differences arise in the brain and may have implications for researchers trying to combat neurodegenerative disease.

Mélanie Guigueno, a PhD student working at the Advanced Facility for Avian Research, part of the University of Western Ontario in London, trained 14 wild cowbirds – seven male and seven female – to look for food hidden somewhere among 25 cups arranged in a five-by-five square.

Each bird learned where the food was hidden, but when they returned from a random direction after an interval of up to 24 hours, the females were best at reorienting themselves and heading straight for the food. The males appeared somewhat at a loss.

"They were just running around in circles," Ms. Guigueno said. The males basically kept looking until they came across something they could eat.

While the study, published on Wednesday in Biology Letters, is the first to show female navigational prowess in any species, the result makes perfect sense, Ms. Guigueno said. Cowbirds lay their eggs in any convenient nest, co-opting the mothers of other species to raise their young.

To do this, they must find the nests, return to lay eggs and then check to see if their plans succeed. All of this requires female cowbirds to be good navigators. Males have no such need.

"This is a great finding," said Claudia Mettke-Hofmann, a specialist in animal behaviour at Liverpool John Moores University in Britain, who was not involved with the study. It shows that "better spatial performance is not an inherent characteristic of males, but evolves in relation to ecological demands."

Previous studies have shown that female cowbirds have a larger hippocampus, the brain region where neurons are recruited for spatial tasks. Ms. Guigueno's work links this with stronger navigational ability. A next step is looking to see whether that ability fades when cowbirds are not breeding, since there is a metabolic cost associated with keep those extra neurons active. Such a change would hint at the plastic – or flexible – nature of the brain and suggest ways neurons are coaxed to add to mental capacity on demand.

Asked why no one had been able to achieve such a result before, Ms. Guigueno said that it was simply a matter of training the wild cowbirds to perform the elaborate task. It was a daunting challenge, Ms. Guigueno said, but one that she and her fellow experimenter, Danielle Snow, were willing to undertake.

Does that mean that other forms of gender superiority might be coming into play in the lab?

"If you're patient and consistent, birds will learn," Ms. Guigueno simply said with a smile. 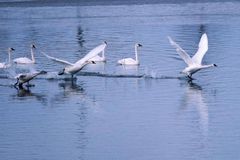 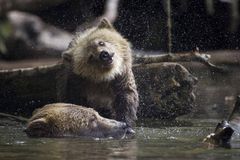 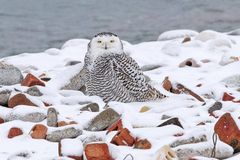