Montrealers do not need much of an excuse to party, but some are wondering why they are supposed to celebrate when their city turns 375 this year.

The birthday falls awkwardly between a semiseptcentennial (350 years) and a quadricentennial (400 years). The anniversary does not even have a formal name.

Then there's the cost of the presents, including $39.5-million to illuminate the majestic Jacques Cartier Bridge. At least this gift is scheduled to arrive on time. Others are not expected until Montreal turns 376 or 377.

To boosters, however, staging a full year of celebrations – and spending millions doing it – is a way to lift the city's spirits.

"It's true, 375 isn't a significant number," admits Alain Gignac, general manager of the Society for the Celebration of Montreal's 375th Anniversary. "But why not celebrate? We were starting to get used to a kind of gloominess. … We thought, why not mark the moment, give Montreal a little energy and pride, and a sense of belonging to Montrealers so that they can get into the party."

In this scenario, the merrymaking will be an antidote to the years of corruption and a revolving door of mayors, the police officers wearing camouflage pants to protest for reasons no one remembers, the maze of orange cones and detour signs that have become the most emblematic feature of Montreal's landscape.

"We needed a little love," Mr. Gignac said. "We needed to say that things aren't so bad – so let's work together to make things better, get to work, and stop complaining."

Some question why it has to cost so much. No project crystallizes the concern as much as the illumination of the federally owned Jacques Cartier Bridge, which spans the Saint Lawrence River in the eastern part of the city.

The bridge is being outfitted with 2,800 state-of-the-art projectors and tube lights that can change daily depending on the occasion (green for St. Patrick's Day, multicolored for Gay Pride, Mayor Denis Coderre says). Ottawa is throwing in $30-million for the project, which will last 10 years.

By comparison, London is spending $33-million to illuminate 17 bridges over the Thames River permanently at no cost to taxpayers. The money will come from private and philanthropic donors.

The Montreal project highlights the debate over whether the millions should go toward basic services instead. Montreal publisher Alain Stanké says the expenditure is hard to justify when, according to estimates, 18,000 children in greater Montreal do not have enough to eat.

"How could we not find it abnormal that, under the false pretext that the 375th commemorations have to unfold in pomp and magnificence, we're prepared to devote the colossal sum of $40-million to illuminate a bridge?" Mr. Stanké asked in a letter to Le Devoir last month.

Meanwhile, city hall is budgeting an estimated $300-million as part of Mr. Coderre's "legacy" projects for the 375th anniversary. So many are behind schedule that the opposition Projet Montréal party has started a satirical Twitter account, @378Mtl, timing them for 2020.

Some projects are also over budget, while others are seen as of questionable merit, such as a $3.45-million series of granite "stumps" described as a cross between seating and art installations on Mount Royal.

Mr. Coderre, who is up for re-election next year, invited the Pope for the 375th, calling a visit "one of the priorities of the celebrations." The pontiff declined. He is said to be considering 2018 or 2019.

City hall critics say the money for the legacy projects could be better spent on more pressing needs, including infrastructure.

"Can someone explain why we are even celebrating the 375th? Is that a landmark year?" Projet Montréal councillor Alex Norris asked. "Or is it just a boondoggle to funnel money into a bunch of catchy events and investments to get [Mr. Coderre] re-elected? It has the appearance of that."

Numerous other anniversaries will compete for partygoers' time, including Canada's 150th and the Expo '67 50th (some of their celebrations will be melded into Montreal's 375th), not to mention the centennial of the National Hockey League and, for those seeking another form of remembrance, the 30th anniversary of the death of the Meech Lake constitutional accord.

Organizers are counting on Montrealers – and tourists – to leave their doubts behind. There will be no shortage of fun, from ice canoe races and extreme snowmobiling in February, a symphony concert at the foot of Mount Royal in August, to an homage to Leonard Cohen at the Contemporary Art Museum in the fall. True, it will be hard to squeeze much more joie de vivre into the city during the summer, but organizers believe Montreal and its denizens have not reached their festive potential yet.

"If you feel like having a party, you're going to have one. Don't we celebrate our birthday every year?" said Mr. Gignac, whose non-profit group has a $110-million budget, split between private donors and three levels of government. "Why wouldn't we want to give new momentum and a boost to Montreal, and see everyone work together?"

Organizers are betting that on May 17, the anniversary of the day in 1642 when French settlers came ashore to found a missionary colony that would become Canada's second-largest city, they will flip the switch and the Jacques Cartier Bridge will be bathed in a multihued glow, officially launching the 375th birthday bash. Then, they hope, Montrealers will see the light. 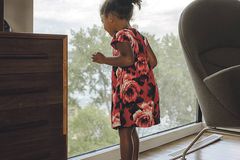