As he arrived at the packed Ottawa theatre, Sir Robert Borden had good reason to expect a rough welcome. Three thousand farmers, many of whom hadn't slept for lack of beds, were milling around outside. Inside, their comrades were waiting to lambaste the prime minister.

It was May, 1918, and Borden had just broken his Union government's promise to exempt active farmers from military service. He had been urging them to plant more crops and buy more equipment for the war effort, and now he wanted to draft their sons and workers, right at the start of the seeding period.

"The attitude of the meeting was extremely aggressive," Borden wrote in his memoirs. For about two hours, every speaker, including Quebec's minister of agriculture, attacked the government's conflicting demands.

Borden waited through the harangues, then made a speech in which he refused to make any concessions. The Germans were attacking in France, he said, turning back the British Army and forcing an urgent new Allied recruitment. He predicted that the enemy might even try to invade Canada, and claimed to have support from the United Farmers of Alberta, although the UFA said any grain shortages would be the government's fault.

The significance of Borden's meeting that day reached far beyond the issue of swords versus plowshares. It would prove to be a watershed event in the disillusionment of Canadian farmers in general, and the West in particular, with mainstream federal parties.

Fuelled by resentments that had been simmering for decades, the "food or fight" conflict of the First World War prompted a series of alternative rural and western-based parties to bid for electoral power. Soon after the war ended, provincial United Farmers parties surged into office in Manitoba, Alberta and Ontario, and in 1921 the Progressives became the second-largest party in the federal Parliament, smashing the old two-party system forever.

"The war showed the farmers they were a national force," says Mourad Djebabla, an assistant professor of history at the Royal Military College of Canada. It crystallized their realization that they could bypass the old-line parties and take rural and western concerns directly to Ottawa.

That disgruntled grassroots activism has been a constant in Canadian politics ever since, whether it calls itself Progressive or Reform or Wildrose. Whatever else the First World War meant for us as a nation, it had a profound and lasting effect on our domestic politics – and it all started with an argument about food.

The war effort drew many parts of Canadian society together, but in the countryside, battling the Hun also meant enduring a crossfire of demands and criticisms that enraged farmers. For them, the war experience was proof that the eastern urban parties would never understand their needs and wants.

Food was Canada's first contribution to the Allied effort: 1.5 million sacks of flour were shipped to Britain soon after war was declared, along with 4 million pounds of Quebec cheese. The federal government immediately launched a series of propaganda campaigns that urged farmers to produce as much as possible for the troops.

But Borden also set escalating recruitment targets, and his minister of militias sent recruiting officers deep into rural areas to enlist farm workers. The farmers' contention that they were doing their duty and obeying the government by working the land did not go down well in Canadian cities.

"All the papers [are] lamenting the fact that the rural districts are not contributing a satisfactory number of recruits to the war," a Globe columnist wrote in January, 1915, before a single Canadian soldier had arrived at the Western Front. It was time to ask, he wrote, whether "patriotism of production [a play on the government's first food campaign slogan] is real or only an excuse!"

It would be hard to exaggerate the social pressure to enlist, especially in the cities. At a patriotic rally in Toronto's Riverdale Park in August 1915, "women paraded through the crowd with a torn pillow, presenting white feathers to men not in uniform," writes Ian Miller in his history of Toronto during the war. But it wasn't just the farmers' courage that was challenged – they were also accused of grubbing for profits while others marched to the front.

"The farming population would greatly prefer to have their sons at home and engaged in producing large crops which could be sold at unusually high prices," Borden confided to his memoirs. Stephen Leacock was more blunt, publicly accusing farmers of being "war drones" – profiteers living in high style.

In fact, as historian John Herd Thompson writes in The Harvests of War, rural Canada had been through two years of drought and depressed grain prices when the war started. The 1911 census had shown a huge increase in urban growth, driven partly by young rural people fleeing the farm for industrial jobs.

Grain prices spiked immediately when war began, because Allied crops in Europe were about to be shelled or abandoned in the fields. But other prices went up too, including costs for grain production and equipment, which farmers believed were already artificially high because of tariffs fixed by Ottawa.

The importance of food for the Allied troops forced the government to formulate for the first time a national agriculture policy, says Prof. Djebabla, whose work focusses on the social and cultural impact of the First World War. But the feds never resolved the blatant contradiction between demanding more food and taking away the labour needed to produce it.

The cognitive dissonance was just too much for some. In May, 1916, the Globe reported that a Brantford, Ont., farmer named John Lee had been fined $20 – about $430 in today's money – for hitting a recruiting officer in the face "when he did not hurry in leaving Lee's farm, to which he had gone to secure a recruit. The magistrate scathingly denounced his action as that of a man who would not go himself and hindered others."

The government found other ways to antagonize rural and western voters. The agriculture minister suggested that seed should even be planted in fallow fields, ignoring basic farming practice and drawing a fierce rebuke from his Saskatchewan counterpart. Western business people noticed that government contracts for war manufacturing almost always went to companies in central Canada. Even the uniforms for boys recruited by the Canada Food Board to help out on farms were made in Montreal.

The "food or fight" dilemma became more heated when Borden called for conscription in the spring of 1917. After an outcry from rural communities, the government gave farmers a pass until the harvest was over and set up tribunals that could hear petitions for exemption. Then, in November, Sidney Mewburn, the minister of militia and defence, promised an exemption for all farm workers engaged in planting and harvesting in 1918.

In March, however, German forces began a fierce assault against the British Fifth Army, which fell back from its line with heavy casualties. Borden decided that the need for more troops trumped everything else, including Mewburn's promise. He made "what I considered a very reasonable speech" to Parliament, explaining why farmers should be forced into service like anyone else. A motion to exempt "those actually engaged and urgently needed in the production of foodstuffs" was voted down. By emergency decree, the exemptions awarded by the government's own tribunals – nearly 280,000 by the end of 1917 – were erased. By May, farmers were marching on Ottawa for their fateful confrontation with the prime minister.

Borden's victory over the farmers was Pyrrhic in several ways. As Prof. Djebabla points out, cultivated acreage increased by 21 per cent in 1918, but grain production fell by 19 per cent. Part of that drop was due to bad weather in Ontario, but much of it had to with a shortage of labour.

Borden's analysis of the new peril at the front also overlooked the fact that the U.S., which had formally declared war on Germany almost a year earlier, had mustered and trained a huge army that first saw action in France just two weeks after the PM's showdown with the farmers. Indeed, the whole reason why exhausted German forces made their big spring offensive was to try to win the war before the Americans arrived.

Of the nearly 100,000 recruits gained by Borden's emergency decree, only about 24,000 reached the front. Some of them may have fought in the dramatic Hundred Days of battle that ended the war, but their more enduring effect on Canadian life has to do with what their presence meant for our political culture.

After their meeting with Borden broke up, the farmers angrily marched on Parliament, "a host of rural petitioners such as had never been gathered together before in Canadian history," as one sympathetic historian put it soon afterward. Their protest was mocked by Saturday Night and other urban journals, but even Borden had to admit that it sparked a deep change in our politics.

"It is said that the incident furnished a tremendous impetus to the 'farmer movement' in politics," he later wrote. He could not have imagined that the rift cemented that afternoon would continue to shape Canadian politics to this day. 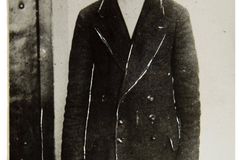 Exclusive
The Archduke’s assassination came close to being just another killing
June 27, 2014 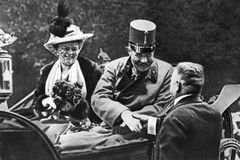 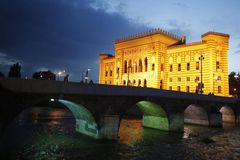 What Archduke Franz Ferdinand thought of Vancouver
June 27, 2014
Wounds that won’t heal, cars for the Kaiser and more reader stories from WW1
July 27, 2018
Time machine: What life in Canada was like before the First World War
June 26, 2014 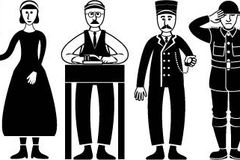 Opinion
Debate: Is 2014, like 1914, a prelude to world war?
June 25, 2014
Follow Robert Everett-Green on Twitter @RobertEG_
Report an error Editorial code of conduct
Due to technical reasons, we have temporarily removed commenting from our articles. We hope to have this fixed soon. Thank you for your patience. If you are looking to give feedback on our new site, please send it along to feedback@globeandmail.com. If you want to write a letter to the editor, please forward to letters@globeandmail.com.
Comments