Pale, underweight and confused, a boy was locked in squalor in a bedroom for up to two years until police rescued him on Thursday in London, Ont.

The 10-year-old, who had hair down below his shoulders, was kept in a room strewn with fast-food wrappers and feces, police said.

He was taken by ambulance to hospital, and found to be suffering from malnutrition.

His guardians, an uncle and aunt, were arrested. They are to be charged with forcible confinement and failing to provide the necessaries of life.

The couple's child, a nine-year-old girl, also lived in the house but was not confined.

Detective Inspector Kevin Heslop said the boy was born in another country and had arrived in Canada in 2010, when he was about 6.

The boy had never been to school.

He had been permanently held in the master bedroom for the past 18 to 24 months, except for a brief period last year, Det. Insp. Heslop said.

Police are still trying to contact his biological parents, who live in another country.

A tip from the public alerted officials, said Jane Fitzgerald, executive director of the Children's Aid Society of London and Middlesex.

She said someone called the CSA to say a child was left alone in that house, late at night.

A CSA worker who arrived at the address, early Thursday afternoon, saw a shadow behind a drapery and called police.

Officers arrived, tracked down the homeowners and entered.

They found the boy in the master bedroom. His bed and pyjamas were soiled with urine. There were feces and food remains.

His diet consisted of fast food, given to him twice a day.

"The child was confused and upset," Det. Insp. Heslop said.

The boy had access to a toilet and shower attached to the master bedroom but had not been outside in several months.

The Children's Aid Society said it previously had a "brief contact" with one of the adults in the house, at another location and for an older child who is now an adult no longer living at home.

The 10-year-old boy and his female cousin have been placed in separate foster homes and are "settling well," Ms. Fitzgerald said.

The boy speaks some English.

"The one thing he really wants is to go to school," Ms. Fitzgerald said. "That's a good sign that he wants to re-enter the world."

The key to preventing baby snatching: keep an eye out for the typical offender
May 27, 2014 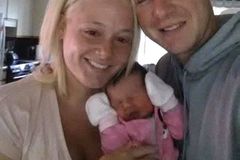 Suspect in baby-abduction case to undergo psychiatric review
May 29, 2014 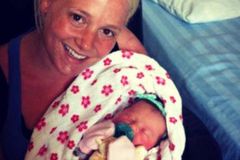