Mr. Wall calls the energy relationship between Canada and the U.S. "vital to the future of both our countries." He urges Mr. Obama, who will be formally inaugurated for his second term this weekend, to approve the proposed pipeline to create jobs while recognizing the governors' and premiers' commitment to "responsible stewardship" of the environment.

There are notable omissions among the letter's signees, however. Those include Alberta Premier Alison Redford, a long-time advocate for the pipeline, and Nebraska Governor Dave Heineman, whose state has raised some of the most acute environmental concerns about the pipeline project.

The project would carry oil from Alberta, into Saskatchewan, through six U.S. states and down to the Gulf Coast. The signees on Mr. Wall's letter include the governors from four of the six states Keystone XL would cross: South Dakota, Kansas, Oklahoma and Texas. The new governor of another state along the route, Montana's Steve Bullock, intends to write his own letter. The state has been very supportive of the pipeline – Mr. Bullock's predecessor, Brian Schweitzer, kept a sample of oil sands bitumen in a jar on his desk.

Nebraska, however, has been an outlier of sorts, and Mr. Heineman hasn't signed this letter. It's Nebraska where the proposed Keystone XL route has been redrawn to circumvent the state's Ogallala Aquifer, an ecologically sensitive area.

A spokesman for Ms. Redford said the premier has "long championed opening new markets for Alberta oil, including projects like Keystone XL," through several visits to the United States.

"Alberta's position is well understood by President Obama's administration, decision makers in Congress and Governors on both sides of the aisle," Ms. Redford's spokesman, Stefan Baranski, said in an email. Asked why she didn't sign Mr. Wall's letter, the Mr. Baranski replied: "It's not about any one letter. We welcome this letter as it supports Premier Redford's longstanding efforts to open new markets for Alberta oil, including projects like Keystone XL."

Mr. Wall said he didn't want to waste any time in delivering a message to the president.

"As legislators and decision-makers, we felt it imperative to speak up for a project that will contribute greatly to a safe, secure and long-term energy supply for North America," Mr. Wall said in a written statement.

In an interview, Mr. Wall said he wasn't upset Ms. Redford didn't sign.  "We know Alberta's been very aggressive on the file… I hope it's helpful that someone other than Alberta is doing this. We've tried to, on a number of issues, work together," he told The Globe and Mail.

Pipeline capacity has emerged as a major concern for Canadian oil producers – existing lines are essentially full, which is driving down the price paid for Canadian oil. The "differential," between the West Texas Intermediate benchmark price and what Canadian oil fetches, has been growing rapidly, and now sits at about $37 a barrel. That widening gap has prompted the Alberta government to issue dire warnings about its budget projections, as its revenues drop.

Speaking in Edmonton Thursday, before the release of Mr. Wall's letter, former Alberta Premier Ed Stelmach said he doubts Keystone will be approved this year.

The letters other signees include the governors of Arizona, Idaho, Nevada, North Dakota, Utah and Wyoming. The proposed Keystone route doesn't cross any of those six states.

The original Keystone proposal was shelved by Mr. Obama in early 2012, in what observers say was a move designed to placate his party's environmentalist supporters during an election year. The project had become a flashpoint. But the politics around Keystone XL have since grown simpler for advocates, since the Washington agenda has become dominated by other issues, like gun control and the so-called fiscal cliff. Keystone XL no longer garners the interest it once did, a fact supporters believe will ease its approval. 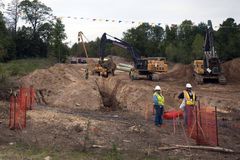 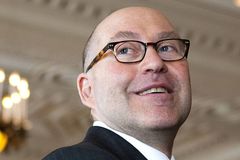 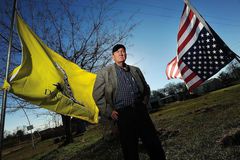 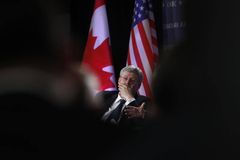