Brain scans of passengers who believed they were about to die when their plane ran out of fuel over the Atlantic in 2001 are helping researchers better understand traumatic memories.

Air Transat Flight 236, bound for Lisbon from Toronto on Aug. 24, 2001, crash-landed in the Azores after gliding powerless over the ocean for 30 minutes. Some of the 306 passengers and crew on board developed post-traumatic stress disorder, or PTSD, as a result of the terrifying scare.

Brain imaging of eight of those passengers, conducted nine years after the event, shows the memories of that harrowing experience retained a rich vividness that "lit up" areas of the brain related to memory, emotion and visual processing.

The Canadian study, led by researchers at Baycrest Health Sciences' Rotman Research Institute in Toronto, will be published online this week in the journal Clinical Psychological Science.

"This traumatic incident still haunts passengers regardless of whether they have PTSD or not," said lead researcher Daniela Palombo, now a post-doctoral researcher at the Boston University School of Medicine.

"They remember the event as though it happened yesterday, when in fact it happened almost a decade ago (at the time of the scans)."

Fourteen years later, Elisa Benard's recall of the flight is still remarkably rich in detail. She remembers hearing those behind her front-row seat quietly praying, the fear on the flight attendant's face, the words the pilot spoke when he advised passengers to brace for impact.

The then-39-year-old thought of her husband and step-daughter and other family members back home and resolved to fight to the end. "I am not going to die today," she told herself.

But 12 days after the crash-landing in the Azores, when she returned to Canada from Lisbon, Benard knew she was in trouble: she had developed symptoms of PTSD — including disturbed sleep, bouts of crying and a fear of being left alone.

A week later, the 9-11 terror attacks "sent me into a complete a tailspin," Benard said Tuesday from her St. Catharines, Ont., home.

"I developed survivor's guilt," she said, thinking about all those who had lost loved ones.

It wasn't until she entered the first phase of the Baycrest study some years later, in which passengers individually recalled their experiences, that she began to recover from her PTSD.

Benard, now 53, was among the eight passengers who took part in the brain scanning phase of the study, which found that the memories from that day are often deeply imbedded, not only in the psyche but in how the physical brain itself responds to recollections of the event.

To conduct that study, passengers were placed inside a functional magnetic resonance imaging (fMRI) scanner, where they watched a video containing news clips related to the flight and were asked to recall as many details of their experience as possible.

Similar videos were shown of the Sept. 11, 2001, terrorist attacks and a neutral event (such as footage of roadside scenery designed to trigger memories of taking a road trip). The passengers were again asked to recite all the details they could remember of those events.

"We found that they produced much more information from memory of the Air Transat event than the 9-11 event and the neutral event," Palombo said from Boston.

"So for the Air Transat event, we found that the better people remembered the event, the more brain activity we saw in regions that are associated with memory and emotion."

Palombo said the scare aboard Flight 236 may have changed the way the passengers process new information, possibly making them more sensitive to subsequent negative life events.

"What we think is happening is that perhaps passengers have somewhat of a carry-over effect," she said. "When they're remembering 9-11, they have some interference from the Air Transat event."

Baycrest neuropsychologist Brian Levine said the study is the first to look at the effects of trauma on memory through the lens of subjects that have all been through the same terror-filled event, rather than a group of people who had a variety of scarring experiences, such as military combat or sexual or physical abuse.

Because of the passengers' shared experience, scientists were able to compare apples to apples, as it were, when asking the question: "What happens in the brain when you experience not just a highly vivid memory but a life-threatening memory?"

Levine, the senior author on the paper, said more fully answering that question with future studies could help clinicians better tailor drug treatments and cognitive therapies to individuals suffering with symptoms of PTSD.

Benard said she hopes that by taking part in the study, she will help others who have suffered such a psychological blow.

"It gives me some relief to know that something good is coming out of this." 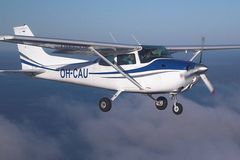 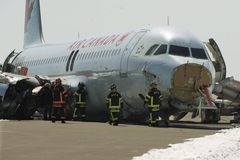