Canada's parks – from the windswept peaks of Nahanni in the Northwest Territories to the gentle rivers of Kejimkujik in Nova Scotia – are under threat as cash-strapped governments cut funding and promote development in the ecologically sensitive areas that lie in and around them, according to a new report from a leading wilderness advocacy group.

There was a time when the Conservative government of Stephen Harper countered the criticisms of environmental activists by boasting about the money it was devoting to expand the country's century-old system of national parks. When that happened, the Canadian Parks and Wilderness Society was quick to praise the efforts, lauding the rate at which parkland was being set aside and unique natural environments were being protected.

But that was in 2008 – before the economic downturn that resulted in a string of massive federal deficits. Today, CPAWS, which was created in 1963 to ensure that parkland is selected and managed to protect the nature within it, says the integrity of the parks is at risk on multiple fronts, most of them directly related to funding pressures.

The society's new annual report, a copy of which was obtained by The Globe and Mail in advance of its release Thursday, raises some concerns about the oversight of parks outside federal jurisdiction. But it is the cuts to Parks Canada and the national system of parks that take the brunt of its criticism and that most worry Éric Hébert-Daly, CPAWS's national executive director.

In 2014, Parks Canada will receive $29-million less from federal coffers than it did last year. Some parks will be open for shorter seasons and more than 600 staff will lose their jobs. Many of those who have received notices are scientists.

"When it comes to science capacity, it isn't that there is duplication or waste," Mr. Hébert-Daly said. "If you're cutting it by 30 per cent, you are cutting the actual science by 30 per cent. And what that means is more species will go extinct without us knowing about it. It means that more and more parks are going to get threatened by all sorts of dangers that we aren't able to measure."

A spokesman for Environment Minister Peter Kent said Wednesday that his government intends to continue protecting Canada's natural treasures. A resource conservation program that has been in development for nearly 10 years will be put into effect, he said, which means "the focus will be on implementing the monitoring work in the field, forests and streams, and less on developing the methodology for monitoring our parks."

And the federal government has done some things to give CPAWS reason for hope, Mr. Hébert-Daly said. It has created a new national park on Sable Island, the small, crescent-shaped sandbar 300 kilometres off the coast of Halifax that is famous for its seals and wild horses. It is moving ahead with its plans to create Canada's first national urban park – in the Rouge Valley in the Greater Toronto Area – though that seems to have stalled as a result of a dispute with the province. And it is providing $5.5-million over five years to establish the Mealy Mountain National Park in Labrador.

Those are "all examples of where the government continues to be making some progress," Mr. Hébert-Daly said. "But, overall, the truth is that the trend right now is going in the absolute wrong direction."

Development outside parks is creating islands of wilderness, around which vulnerable species decline and can eventually disappear, the Canadian Parks and Wilderness Society says.

Point Pelee National Park in southern Ontario has lost more than half of its amphibian and reptile species in this fashion, the society said in a new annual report. Seismic esploration being conducted by oil and gas companies in the waters off Newfoundland's iconic Gros Morne National Park could compromise marine mammals, fish and other ocean organisms. And a mine that is in a "doughnut hole" of unprotected land in the watershed of Nahanni National Park in the Northwest Territories poses a serious threat to water quality and wildlife, the report said.

Resource activities inside parks are also a problem. At the provincial level, more than 70 per cent of Algonquin Park in Ontario is open to logging. And there is an extension to a four-lane highway under construction in Gatineau Park, part of the National Capital Region, with no plans to allow movement of species between the park and other natural areas.

"One of the key things is to have as many buffer zones as possible," said Éric Hébert-Daly, the society's national executive director.

"We have to think about it as a wider ecosystem," Mr. Hébert-Daly said. "That doesn't mean we have to make the whole country a park. But, at the same time, we have to be very, very sensitive to the types of developments that happen around parks."

A matter of size

Canada's decision-makers are making parks too small, according to the the Canadian Parks and Wilderness Society.

Parks need to be big and they need to be interconnected to sustain viable populations of wildlife, but their boundaries are too often drawn with resource development interests, rather than nature, in mind, the wilderness society says in a new report.

The proposed Tursujuq National Park on the eastern coast of Hudson Bay in Quebec, for instance, is missing a key region along its northern border that shelters an endangered and unique land-locked population of about 100 seals, the report says. The area was left out of the park to allow for a future hydro development.

On the Dumoine River in western Quebec, the provincial government has said it would protect 1,445 square kilometres of watershed as an aquatic reserve. But the headwaters and streams that flow into the river, in areas that are home to rare old-growth forests, will not be protected. The report says the area could be lost to forestry or cottages.

And the province of Manitoba has announced the creation of a new park at Little Limestone Lake but areas that are critical to the lake's ecological well-being were left out of the plans because of mining claims. "The lake is highly sensitive to disturbances in the surrounding area," the report says. "A larger protected area is needed to ensure the surrounding landscape stays intact."

There's a "worrying shift" away from protecting the ecological integrity of Canada's national parks to activities that focus on infrastructure to attract people, instead of nature, the Canadian Parks and Wilderness Society says in a new report.

At Mt. Norquay in Alberta's Banff National Park, which is home to a small and vulnerable population of grizzly bears, Parks Canada has announced plans to build a new, large-scale, summer visitor centre that will further decrease wildlife habitat.

In Riding Mountain National Park in Manitoba, which is home to elk, moose, black bears and hundreds of bird species, Parks Canada has reversed its management plan and will now allow the redevelopment of a long-closed ski slope.

And in Jasper National Park in Alberta, the government says it will allow a commercial tour operator to build a large, glass-bottomed viewing platform from which visitors can see glaciers. CPAWS says this flies in the face of park policy limiting infrastructure.

The government says the Discovery Walk is replacing an aging, roadside parking lot, and it will be done in an environmentally sensitive manner. A spokesman for Environment Minister Peter Kent said "we must evolve if we are to remain relevant to Canadians."

But CPAWS said big infrastructure is unnecessary. "By trying to create the theme-park-style activities," said Éric Hébert-Daly, CPAWS's national executive director, "we are actually degrading our ecosystems and actually taking away the value that people are coming from around the world to see." 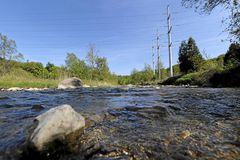 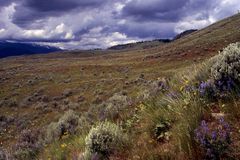 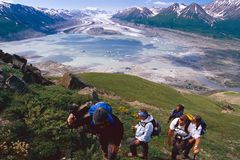 What future for our national parks?
August 5, 2011 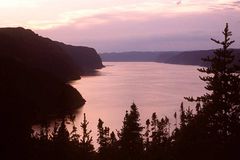 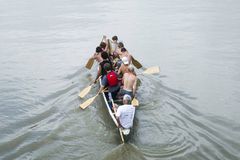 Get away to Grasslands National Park
April 15, 2011 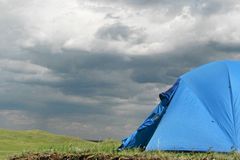 What happens when 52 Canadian musicians head into the woods?
March 18, 2011 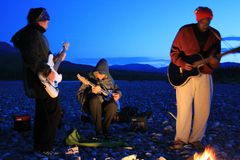 Leave the paved road behind to experience Kluane's grandeur
March 25, 2011 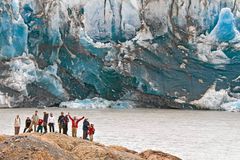 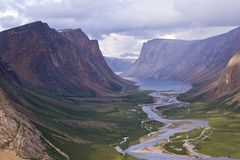