A person who's had a gun seized for mental-health reasons does not have to meet any provincewide standards to have it returned – an issue that's come to light following the shootings of three people in Burnaby.

The RCMP issued a public warning about Angus David Mitchell last week, linking him to the deaths of two people inside a sushi restaurant and the attempted murder of his former landlord. Mr. Mitchell was spotted by a member of the public less than an hour after the RCMP warning and died following a police shootout.

Victoria police announced late Friday afternoon in a brief news release that the department dealt with Mr. Mitchell in February "in relation to a Mental Health Act incident which resulted in the seizure of a firearm." The force said Mr. Mitchell later made an application to have his gun returned, which it was. Victoria police have since refused to comment.

The rifle seized in February has not been confirmed as the same rifle used in the Burnaby shootings. However, none of the police agencies involved in the multijurisdiction case have indicated Mr. Mitchell was in possession of a second weapon.

How to handle firearm incidents involving people with mental-health issues is a contentious topic, since it means balancing a threat to public safety with respecting and not stigmatizing the mentally ill.

Paul Pearson, a Victoria defence lawyer, said in his experience police tend to be very cautious when it comes to returning weapons.

"If they have any inkling there's an issue, they just don't return the guns," he said in an interview. "I've had many cases where clients have complained that police are holding their guns too long and it's my experience police are extremely conservative about these things in general."

Mr. Pearson declined to clarify whether any of those clients had mental-health issues.

From what he's heard of the February incident, Mr. Pearson said it doesn't appear police had strong enough grounds to keep the weapon. Mr. Mitchell did not have a criminal record and did not threaten anyone inside the walk-in clinic where he brought the gun.

"It's not as though B.C. has a specific provision in the Mental Health Act that says if you've been certified under the act you can't have a firearm for the next two years. We just don't have that legislation," he said.

In an e-mail statement, Attorney-General Shirley Bond wrote there are numerous investigations under way and she is unable to comment further.

Camia Weaver, former justice adviser for the Canadian Mental Health Association's B.C. division and a former lawyer, said she was involved in a case several years ago in which her client applied to get his firearms back. The client had previously been committed, involuntarily, to the psychiatric ward at Vancouver General Hospital. The client eventually agreed to abandon the pursuit.

Such applications to have weapons returned must be made to the provincial court. It has not been made clear whether the decision to return the weapon to Mr. Mitchell was made by a judge, or whether Victoria police made the decision on their own. The exact reasons for the return are also unclear.

The Crown declined to comment Monday. Victoria police have referred all comment to Vancouver police, who are reviewing the circumstances of the gun's return. The Vancouver force is still investigating.

Of Mr. Mitchell's case, Ms. Weaver said there are always some people who slip through the cracks. However, she said she would hate for people with mental illness to be denied the same rights as others, unless it was truly justified.

Mr. Pearson echoed that concern and said more resources need to be put into helping people with mental illness. 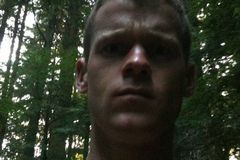 Investigation of shooting suspect leads police out of province
May 1, 2018
Follow Sunny Dhillon on Twitter @TheSunnyDhillon
Report an error Editorial code of conduct
Due to technical reasons, we have temporarily removed commenting from our articles. We hope to have this fixed soon. Thank you for your patience. If you are looking to give feedback on our new site, please send it along to feedback@globeandmail.com. If you want to write a letter to the editor, please forward to letters@globeandmail.com.
Comments are closed