For a multimillionaire businessman deported to China, the rosiest picture of the future has him spending the rest of his days in a Chinese prison.

"The minister has effectively delivered our client into the hands of his executioners," said Joel Sandaluk, a lawyer for Mr. Zeng, who was placed on a non-stop flight to Beijing Wednesday. "We are under no illusions about our client's life expectancy once he is returned to China."

The deportation order, lodged by the federal Ministry of Citizenship and Immigration, was affirmed by Mr. Justice Richard Boivin of the Federal Court. It ended Mr. Zeng's seven-year battle to avoid being tried in China for an alleged $8-million corporate fraud.

While the charge Mr. Zeng is facing does not carry the death penalty, his lawyers maintain that Chinese authorities are likely to add more serious charges that leave open the possibility of a death sentence.

At Mr. Zeng's immigration hearing last month, a leading expert on the Chinese legal system, Vincent Cheng Yang, testified that he could be tortured to extract a confession. "The likelihood of conviction, I would say, is very, very high in this case," said Prof. Yang, who has been used often by the federal government as an expert witness.

Prof. Yang also predicted that there is "a high likelihood" that Mr. Zeng would end up before a firing squad.

In his ruling Wednesday, however, Judge Boivin said there was no evidence China plans to add new charges against Mr. Zeng. "The applicant's arguments are speculative as there is no evidence that the death penalty or torture can reasonably be anticipated in this case," he said.

The federal government has also declined to ask China for assurances that it will not execute Mr. Zeng, a measure it typically takes for deportations to countries that execute criminals.

Daniel Kingwell, another lawyer for Mr. Zeng, said Canada's stance was shocking in light of the expert testimony.

"If he dies, the Canadian government is going to have to explain why they ignored a recognized expert and why they didn't get any assurances that he would not be executed," Mr. Kingwell said.

Mr. Zeng arrived illegally in 2004 and was discovered living underground in 2008.

Mr. Kingwell, who broke the bad news to his client Wednesday morning, said Mr. Zeng was stoic about it. "I think it's fair to say he is resigned, but I'm also quite certain he is also very frightened and devastated," Mr. Kingwell said.

He said Mr. Zeng will probably have difficulty obtaining treatment for his diabetes condition in a Chinese prison. "The Chinese jail system is not a safe place to be, especially if you have a medical condition, and I'm sure he will be an unpopular prisoner among the guards," Mr. Kingwell said. "This is a prison system that has been condemned internationally. I think it's fair to say that even if he is not executed, God willing, he will never see the light of day again." 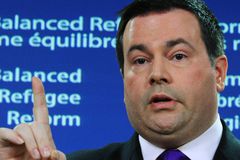 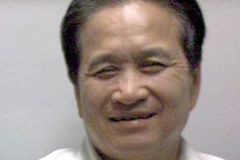