The blinking lightbulbs and "Danseuses à Go Go" still shine against the night sky like glittering ghosts of the past. Montreal's old red-light district – once the land of hookers and hoodlums, vice and vaudeville – has mostly gone dark. But Café Cléopâtre grinds on, a lonely beacon of sin.

For a symbol of resistance to urban redevelopment, of David smiting Goliath, of smut standing up to a forced cleanup, look no further than Café Cléopâtre. The strip club fought a multiyear battle against city hall and developers who wanted to expropriate it for a real-estate project on Saint Laurent Boulevard, the fabled street known as the Main.

One by one, its neighbours fell to demolition. Against the odds, Café Cléopâtre endured. It's still standing, an aging survivor of Montreal's days as Babylon on the St. Lawrence.

"They weren't expecting me to resist," says Johnny Zoumboulakis, the owner of Café Cléopâtre. "But I did what I had to do. Yes, I won but, really, it's the Main that won."

Real-estate projects the world over have stories about holdouts. They are sometimes known as "nail houses," after cases in China where residents resisted massive redevelopments like a nail that cannot be budged. Mr. Zoumboulakis fits the bill. Because developers could not beat him, they were resigned to building around him.

Today, Café Cléopâtre is surrounded by construction cranes that will deliver a $110-million project known as Carré Saint-Laurent. It will become an eight-storey tower for up to 900 provincial civil servants, a restaurant marketplace, and a new home for the Centre d'histoire de Montréal; a 15-storey hotel or condo complex is anticipated in a second phase.

The space will be ultramodern and sheathed in glass. In other words, nothing like the building that houses Café Cléopâtre. It dates back to the late 1800s, and it shows. The glass showcase on the façade needs Windex; the address painted above the door is faded to near invisibility. Inside, on the main floor, barely dressed women of varying shapes work the stage in a vintage décor.

What Café Cléopâtre offers is history. The address has been a destination for vaudeville, burlesque, drag shows and other offerings for about a century. Mr. Zoumboulakis says his establishment might be the longest operating show-bar in the city.

"Everything around us has changed," he says. "But this place has stayed as it was."

Café Cléopâtre bears witness to the era starting in the 1920s when Montreal was North America's nighttime playground, as wide open as the rest of Canada was buttoned up. Frank Sinatra played to crowds at Chez Paree. Stripper Lili St. Cyr performed onstage with a stuffed parrot. The clubs around what is now Café Cléopâtre came alive after the sun set beneath gaudy neon signs.

"It is rough, lusty and lewd," wrote Al Palmer, a newspaperman with the Montreal Herald who chronicled the era in the 1950 book Montreal Confidential. "If you're looking for trouble, here is where you'll find it."

Beneath the glitz was a demi-monde of gambling houses, brothels and police graft, earning Montreal the description of "the rottenest city on the continent." A corruption probe followed, putting Montreal through one of the periodic wash cycles that continue to this day. Most red-light districts in North America were shuttered early in the 20th century. Montreal's, active until the 1960s, was one of the last on the continent.

"Montreal was called the Paris of North America," says Jean-François Leclerc, director of the Montreal history centre, whose museum will become Café Cléopâtre's neighbour when it moves into the new development. "It was exotic, it was free. Café Cléopâtre is a vestige of that era. It incarnates part of the identity of Montreal."

That identity as a "city of pleasure" remains, he says, although it is as likely to express itself in mainstream events like summer festivals. Many of these unfold in the Quartier des spectacles, the downtown district that encompasses the blocks around Café Cléopâtre. It is as if a shining new city of entertainment is rising on the rubble of an old, seedy empire.

The strip of Saint Laurent Boulevard around Café Cléopâtre, which stretches south of Sainte Catherine Street to the Monument-National theatre, has been eyed for redevelopment for years; in recent decades it had fallen on hard times. Developers disparaged the business when they were trying to get rid of it with a city-backed expropriation order ("This isn't heritage. It's just a nude dance club," one official said). Now, they have made peace with their racy neighbour.

"There's no bitterness," said Daniel Ferland, project manager for the Société de développement Angus. "Do I admire it? No, it's a strip club. But we respect one another. We see it as something positive that animates the street."

Even while construction envelops it, the show goes on at Café Cléopâtre. Aside from the strip club on the main floor, the second floor is rented for burlesque shows, cabarets and comedy acts. Before the arrival of his new, upscale neighbours – Carré Saint-Laurent is expected to be completed by mid-2019 – Mr. Zoumboulakis is talking to the city about doing some restoration work on his building façade. But he makes one pledge in case anyone thinks that Café Cléopâtre will undergo a makeover. "No way," he said. "Nothing will change." 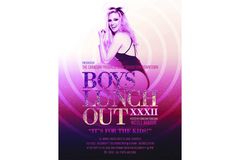 Toronto's Filmores at centre of debate between gentrification, preservation
April 7, 2017
Strip club wants spot in old Trump casino when it reopens
September 20, 2017
Follow Ingrid Peritz on Twitter @iperitz
Report an error Editorial code of conduct
Due to technical reasons, we have temporarily removed commenting from our articles. We hope to have this fixed soon. Thank you for your patience. If you are looking to give feedback on our new site, please send it along to feedback@globeandmail.com. If you want to write a letter to the editor, please forward to letters@globeandmail.com.
Comments