Family members of a Canadian man they say is being held in Turkey on accusations he was a leader of the failed July 15 military coup are trying to get Davud Hanci's wife and children out of the country.

Mr. Hanci's family says he was detained and his name has appeared in Turkish media in connection with the coup attempt.

Selman Durmus, the brother of Mr. Hanci's wife Rumeysa Hanci, says she called her family in Toronto as her husband was being arrested. Mr. Durmus last spoke to his sister Sunday morning and says she isn't being held, but he and his family are concerned for her and her two young sons' safety, and want to bring them back to Canada.

Mr. Hanci, who lives in Calgary and works as an imam for Correctional Service Canada and Alberta correctional services, went to Turkey for a holiday with his wife and children on July 7.

Mr. Durmus says the family travelled to the Turkish city of Trabzon to visit Mr. Hanci's ailing father. He says his sister is a dual Canadian-Turkish citizen, and the couple's sons were born in Canada.

"As far as we know, at the moment she is okay. But she does feel in danger," he said.

A spokesman for Global Affairs said in an e-mail Sunday night that the department is "aware of a Canadian dual-citizen detained in Turkey" and that Canadian consular officials are providing assistance after contacting the local authorities.

Turkish media reports claim Mr. Hanci – who a family friend says is a dual citizen of Canada and Turkey – is from Pennsylvania and was working for U.S.-based imam Fethullah Gulen, a critic and former ally of Turkish President Recep Tayyip Erdogan, Mr. Durmus said Sunday.

"Media sources are saying 'the mastermind of the coup attack.' ... This guy is just a regular guy. He just went to visit his father. None of the things that they're claiming make any sense," he said.

Mr. Hanci has been a volunteer at the Calgary chapter of International Dialogue Institute, a non-profit organization inspired by the sermons of Mr. Gulen and run by members of the Turkish diaspora that aims to inspire interfaith dialogue in communities around the world.

Malik Muradov, executive director of the Calgary IDI, said his friend had visited Mr. Gulen's Pennsylvania retreat once to witness a sermon in person, but had no relationship with the controversial exile.

"You can barely find any relationship between Fethullah Gulen and our IDI, because that's not our goal," Mr. Muradov said. "Our goal is to serve our community."

Turkish leaders allege that supporters of Mr. Gulen infiltrated state agencies and groomed loyalists in a vast network of private schools as part of an elaborate, long-term plan to take over the country.

Mr. Durmus said the family believes someone may have reported Mr. Hanci as being involved in the coup, and his sister told him Mr. Hanci's cellphone and his Canadian passport were confiscated during the arrest.

"We're trying to sort things out because the lives of the kids and the whole family is in danger right now," he said. "Whoever reports the followers of Fethullah Gulen ... they're attacking innocent people."

Turkey has imposed a three-month state of emergency and detained or dismissed tens of thousands of people in the military, the judiciary, the education system and other institutions.

Turkey announced Saturday it had seized more than 2,250 social, educational or health-care institutions and facilities that it claims pose a threat to national security.

Mr. Gulen has denied any knowledge of the attempted coup.

With reports from Mike Hager

The Turkey dossier: What you should read to understand the post-coup crackdown
July 21, 2016 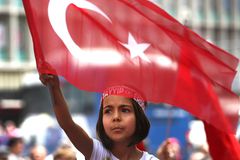 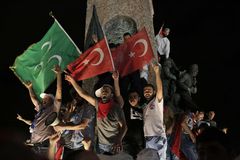 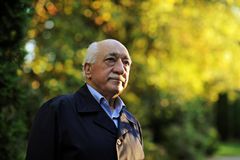