It was a last-day-of-school celebration with close to 30 young people gathered in the backyard of a northwest Calgary home. Many were University of Calgary students and some were wearing Bermuda shorts, a school tradition on the final day of classes.

As Monday evening came, most everyone moved inside the bi-level house to warm up from the chill and continue a party that was so quiet the neighbours weren't even aware it was going on.

Everything changed with the late arrival of an invited guest who police say didn't leave until he had stabbed five people, killing them all in what the city's chief of police called the "worst mass murder in Calgary's history."

Police officers, investigators and EMS personnel responded en masse early Tuesday morning after receiving a 911 call from someone at the scene of the tragedy, only minutes away from the university. As soon as they got there, police found three people dead and two others who would die later from their wounds. Four of the victims were men; the other a woman. All of them were in their 20s.

Police deployed their canine unit and quickly tracked down Matthew de Grood, 22. Police allege Mr. de Grood fled the house and threw away the knife used in the slayings of his fellow party-goers. The son of a 33-year veteran of a police inspector, he was charged Tuesday night with five counts of first-degree murder.

"He's heartbroken, as his wife is," Calgary Police Chief Rick Hanson said of Insp. Douglas de Grood. "He asked me to please pass on to the families our sorrow and condolences. They [the de Grood family] are devastated."

How something as joyous as a school's-out party could turn so deadly was a question that wasn't answered Tuesday. It appeared there had been no warning of the attack, no apparent reason for Matthew de Grood to do what police allege – turn on people he knew and go after them, one by one, stabbing them repeatedly.

Police did not officially release the names of the five who died, saying only that the woman was 23 years old and from Calgary, while three of the four men were from Calgary and one hailed from Priddis, Alta. The men ranged in ages from 22 to 27.

Two of the men were identified by friends as Josh Hunter and Zackariah Rathwell. They were both part of a local musical band, Zachariah and The Prophets.

The band had a release party for their EP on Saturday, said friend Suzanne Alexander. "Zack just always knew how to say the stupidest, funniest things at just the perfect time," she said. He attended Alberta College of Art and Design, she added

Mr. Hunter was "quieter, but had this great smile," Ms. Alexander said. "He would ask you what's going on in your life."

The other three were later identified by media reports as Jordan Segura, Lawrence Hong and Kaitlin Perras.

There were no reasons to think the worst of the students who were renting the Brentwood community home. Their neighbours never had to complain.

John Pruzinsky said he drove by and saw people both outside and inside the house at about 10 p.m. Monday night. Mr. Pruzinsky, who moved into the neighbourhood in 1976, said not many students live on the crescent and most people are homeowners.

The landlord who rented the home to the students said he had no problems with them. He wasn't sure how many people were living there – four or five – and he didn't have names signed to a lease. But that never became an issue.

"Every month I'd go and grab the rent cheques," said the landlord, who declined to give his name. "They never didn't pay. … They were really nice guys to me. They seemed like they were industrious and hardworking."

The landlord added, "[The house] was nicely decorated for a 20-year-old renting a house."

Not one of the renters, or even Mr. de Grood, had experienced any prior run-ins with the police. The victims, in the words of Chief Hanson, were "good kids. They did nothing wrong … At this point in time, we can't say the reason why [they were killed]."

Mr. De Grood was a former U of C student and had been working at a grocery store on Monday. He arrived after the party had moved indoors. Police allege that he carried a "weapon," but grabbed a knife from inside the house and used it against his victims.

Chief Hanson described the crime scene as "horrific. It's extremely difficult, regardless of who the perpetrator is, to go into a scene like that with young people who have been killed, who've been murdered."

Asked if there was something the provincial government could do regarding the stabbing incidents, Mr. Hancock said: "I think it's really too early to speculate on what happened. I suggest let the police do their work and what was behind it. We have to be able to look at events like that and learn from them."

The University of Calgary scheduled a gathering Tuesday in honour of the five who died. Students signed a U of C banner when they walked into the hall.

"Jordan, you will be missed," one student wrote in a message surrounded by a heart. Another message read: "Lawrence, you were full of life + laughs. I will never forget you."

The university's Wellness Centre director Debbie Bruckner said students and their families had been coming in throughout the day.

"What we're doing right now is ensuring we're responsive to students who are feeling grief or trauma or confusion," she said, noting chaplains, psychologists and nurses are all available, as well as a meditative room. "It impacts the community because [the neighbourhood] is across the street from the university."

Third-year Greek and Roman Studies student Sarah Robb had celebrated in the sun during Bermuda Shorts Day, a 54-year-old tradition that now includes an on-campus beer garden, bands and DJs. In stark contrast, she said the mood at the university was gloomy on Tuesday.

"It's just a shocker. It's brought a shadow over the U of C," she said.

With reports by Tu Thanh Ha and Jill Mahoney 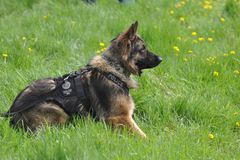 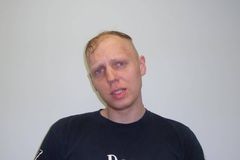 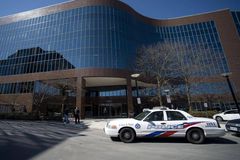 Follow Allan Maki, Carrie Tait and Kelly Cryderman on Twitter @AllanMaki @CarrieTait @KellyCryderman
Report an error Editorial code of conduct
Due to technical reasons, we have temporarily removed commenting from our articles. We hope to have this fixed soon. Thank you for your patience. If you are looking to give feedback on our new site, please send it along to feedback@globeandmail.com. If you want to write a letter to the editor, please forward to letters@globeandmail.com.
Comments are closed