You won't find polar bears on the California beaches where Bo Derek famously jogged, nor on the Caribbean shores where Sir Richard Branson makes his home (in the Virgin Islands, of course).

Yet the woman still renowned as Hollywood's original 10 and the entrepreneur ranked No. 255 on the Forbes list of billionaires alit briefly in Toronto this week to champion the animal so closely identified with the Great White North and another much-feared creature – the shark.

It's no secret that both predators are in perilous decline.

As climate change steadily shrinks the floes that form their natural habitat, bear populations are plummeting. Sharks, meanwhile, are victims of the apparently insatiable hunger for soup made from their fins, an Asian delicacy. Thousands are caught for that purpose alone – the fins are hacked off and the carcass thrown back in the sea.

With 20,000 bears – at least half the world's population – and a large community of Asian descent, Canada is an important theatre in the battle to conserve both bear and shark. But why were two international celebrities flown in to make the case?

Because harnessing star power is how WildAid, a four-year-old animal-rights agency based in San Francisco, hopes to save endangered species.

With world governments unwilling or unable to halt the trade in rhino horns, tiger skins, ivory tusks and other targets of poaching, activists are desperately trying another tactic to stop the estimated $10-billion annual market in body parts.

"When the buying stops," WildAid says, "the killing can too."

To suppress consumer demand, it has enlisted a global A team of "celebrity ambassadors" that includes actors (such as Leonardo DiCaprio, Kate Hudson, Jackie Chan and Minnie Driver) and athletes (Carmelo Anthony and Yao Ming), as well as big-name conservationists.

The belief that star wattage can help to reverse the tide of destruction is readily apparent when Sir Richard and Ms. Derek descend on the University of Toronto's Hart House. They are flanked by screens showing WildAid's TV commercials, one of which one features Mr. Anthony of the New York Knicks sharing the basketball court with a grizzly bear, a tiger and an elephant as he pleads their case.

Now 55 and acting only occasionally, Ms. Derek is a member of WildAid's board of directors (both Canada and the U.S.), not a celebrity ambassador. She has long been an animal-rights advocate, but her desire to act was galvanized by a trip to Ecuador's famed Galapagos Islands.

"I thought I was in the most pristine place in the world, only to find that poaching was out of control," she recalls. "I was depressed because I thought, 'If we can't protect the Galapagos...' "

It was WildAid executive director Peter Knights who persuaded her to join the campaign. He had already started to tap celebrities such as Jackie Chan to influence public opinion.

"I got it immediately," she says of his approach. "As a former celebrity, I know the ridiculous power that they can have. Jackie Chan can reach a billion people in China a week. As long as the demand is there, someone's going to poach. But we know celebrities can influence bad habits – well, why not good habits?"

In Canada and elsewhere, WildAid and Virgin Unite, the philanthropic arm of Sir Richard's empire, are lobbying for legislation that would promote research, improve management and toughen protection measures for polar bears.

One such bill is expected to be tabled at Queen's Park this spring, because Ontario is home to about 5 per cent of the country's bear population.

For the peripatetic Sir Richard, the polar bear is a relatively new addition to a vast menu of missions to which he has dedicated his seemingly inexhaustible energy and fortune.

At first, he was hesitant, he says, realizing that, as the global list of species at risk grows, organizations like WildAid could trigger conservation fatigue and public apathy.

"There's always a danger of it," the 61-year-old tycoon admits. "And I did initially wonder whether polar bears was going one too many. But most of those species are in their final death throes."

Take the epidemic in the slaughter of rhinos, he says, rattling off the grim numbers: only 4,500 still alive, globally; 700 poached last year; 40 more last month alone – all for the mythic curative properties of the animal's horn. "It's absolutely terrifying what's happening."

"We're definitely in an absolute crisis mode," Mr. Knights adds. "With the rhino and other animals, it's a combination of less habitat, which makes the animals easier to find, and higher prices, because there's more money floating around."

The situation is dire, he maintains, but not hopeless. "We've seen species bounce back from low numbers before."

Because climate change is a principal villain in several scenarios, Sir Richard has staked $25-million to create the Virgin Earth Challenge – a global competition to find a commercially viable way of extracting greenhouse gases from the atmosphere. (Calgary-based Carbon Engineering is among the 11 finalists.)

But one of the judges, scientist James Lovelock, has suggested that the planet may have already passed the tipping point on global warming. So is it already too late – are the well-intentioned preservation campaigns just feel-good window dressing?

Sir Richard says he has raised the issue with Mr. Lovelock. "Look," he adds, "for the sake of our children and grandchildren, and ourselves, we must become self-sufficient with clean energy as fast as possible. That should take priority over everything."

Michael Posner is a Globe and Mail writer. 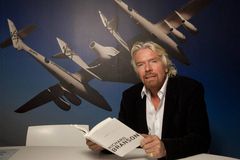 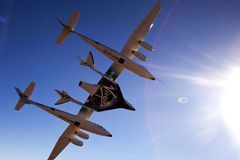 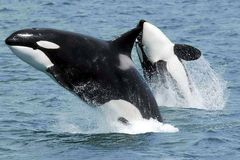