The evening of Nov. 15th, 1885 was a curious one for the “Old Chieftain.” He was drunk, alone and more or less lost. Well, no, he wasn’t lost. He simply didn’t know where he was.

– Your honour, he said aloud, my body knows the way.

And then, of his body, he said kindly:

– It’s such a faithful horse.

And as he walked, there came the amusing thought of feeding himself a little hay before bed.

In the distance behind him, the Parliamentary carillon tolled. John Alexander Macdonald – to use the name his parents had given him – tried to count the hours but he got lost between the dying fall of a knell and its interruption by the knell that followed. As far as he could figure, it was somewhere between eight in the evening and 11 at night.

The sky was cloudless and black. A half-moon bright enough to guide a man home was suspended above, and the air was just cold enough to make you think about cold. That is, there was snow on the ground, and across the star-mirroring river the sparse collection of houses (mostly) and churches (a few) that went by the name of Hull lay like a toy village that had been dusted with talc. Yet, it was not really cold. It was good weather for walking and thinking, though perhaps he shouldn’t have taken that last draught of gin. It had cut like clean, cold water but it had brought forth sentiments that were not helpful to thought.

Far away – in Hull, perhaps – a dog howled. It was announcing something to some being or other, no doubt, but its call was plaintive (almost gentle) and it reminded him of a child. It reminded him of his child. Not as she was now, her petite body misshapen and adult. No, he was reminded of Mary as she was when he’d seen her first: swaddled and silent, her head too big for her features. Hydrocephalus – a word that held no trace of the love he’d felt for his little girl. It was a love he felt still, though, now, he missed the small weight of her in his arms, the way she fit there as he rocked her to sleep. How lovely she had been.

The memory of Mary in his arms – a memory that usually moved him to tears – suddenly brought anger. It was nothing to do with her. Rather, he was reminded of a conversation he’d heard. Heard? Two godless halfwits had spoken as if at him, about Darwin, about “survival of the fittest.” Ideas that were like fire in a henhouse: you could almost hear the screeching and see the black smoke rise. They hadn’t stopped at “survival of the fittest,” either. The idiots – newspaper men, both – had suggested it would be a kindness to put the slow, the touched and the lame to the sword, a kindness for society – on whom the abnormal were a burden – and for mankind, which would benefit from having bad genes removed from the common pool.

On Sussex Drive, the Prime Minister of Canada stood as still as he could and cursed the men as if they were there before him. To think that this so-called reasoning is what the press had sunk to! Gutter-licking atheists! What’s worse, they assumed they were being fair and farsighted, as if they had insight into the future! But who could tell what the world would become? And who could tell what manner of man or woman might be needed to save it?

But the Prime Minister is pleading on behalf of his daughter!

He defends his own interests when he defends the slow and the lame!

– No, your honour, he said, as he now strode on with what he imagined was insouciance.

(He looked like a puppet whose top and bottom halves were controlled by different – and antagonistic – masters.)

– No, your honour. I know the difference between my hearth and the world! For one thing, he shared his hearth with a woman he loved and a daughter he adored. He shared the world with them, too. But … what was the “world?” 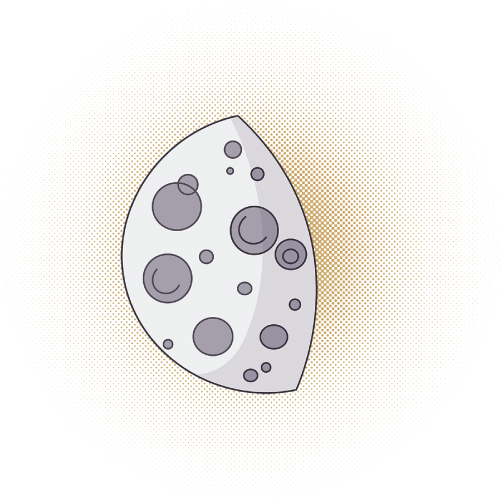 It was the moon on nights like this, it was nights like this, it was the wind as it pawed at you or cried as it approached, the sound of the river, the clotted stars against the dark sky, the way a horse will snort at the sight of you, the way pine needles seemed to rust as they died. It was too much to be named. It was all that could not be taken away until it was taken away at last. It was given before you knew what to make of it and taken before you’d had a chance to understand its extent and beauty. Every birth the birth of it, every death the death.

Strange to think of such plenitude coming into existence. Stranger still to think of it extinguished. But on the threshold of home, it occurred to him that he had sanctioned death, that he had sanctioned this “extinguishing” he found so strange. He was mercifully comforted by the thought that he had not sanctioned any such thing. He, for instance, had not sanctioned the death of the Métis fellow who was to be hanged at dawn. A Prime Minister had set deaths in motion, not him. And as Prime Minister, he was not himself. He was a symbol – a firebrand, a shepherd – one called on to make the kind of decisions others would not. In fact, John Macdonald, citizen, was subject to the Old Chieftain’s rule. He was as liable to be frustrated or comforted by the Old Chieftain’s decisions as any of his contemporaries. And who’s to say his gripes were less bitter?

He was spared further pleading by a sudden whiff of roast beef. His gentleman had opened the front door and the breath of his mansion, Earnscliffe, had mingled with the breath of night.

It had been some time since he’d drunk as much as he had on this night, but he was not (or he was no longer) squiffy. He had not vomited nor had he been incontinent. In fact, he was lucid. His wife was asleep in their bedroom and, not wishing to wake her up, he slept on his own in a room on another floor.

In a word, he slept with the conviction that all life was precious.