Sarah Jackson's journey across Canada has taught her to refrain from jumping to conclusions about people.

When a truck pulled up next to the 25-year-old on the shoulder of a desolate road in rural Saskatchewan last winter, she was filled with apprehension – at first.

"This kind of grizzly-looking gentleman leans his head out the window and I wasn't sure what he was going to say," said the Edmonton native. "He broke into this big grin, reached behind him and said, 'I brought you some soup.'"

Generosity is not uncommon along The Great Trail, said Ms. Jackson, who for the past 18 months has hiked from Victoria to Montreal in her bid to complete the west-to-east trail route to St. John's by spring.

The trail is being touted as one of the longest in the world. Once 432 individual trails are attached in late 2017, it will measure 24,000 kilometres. The serpentine routes – created by the Trans Canada Trail (TCT), a not-for-profit organization – will meet all three Canadian coasts and weave their way through vast interior landscapes and past more than 15,000 communities.

It's a serious trip, requiring years to do all the trail's networks. Dana Meise walked coast to coast on The Great Trail in 2013 – he is considered the first to accomplish the feat. That was well before all trails were connected (currently, 90 per cent of them are). He is still hiking the northern reaches.

The impetus behind the trail was to "link all recreational trails across the country and make one giant trail from coast to coast to coast so people can see this country at human speed," said Valerie Pringle, former CBC and CTV broadcaster and co-chair of the TCT. "Building a trail is sort of the great gift you give to a community. It's a venue for people to explore the country."

Ms. Jackson isn't the only person currently making the quest. Filmmaker-writer Dianne Whelan, from Garden Bay, B.C., began the journey on July 1, 2015, in St. John's, and has been mountain-biking, backpacking and paddling her way across the country since. She plans to experience the trail in its entirety – an endeavour she says could take two more years.

Ms. Whelan, 50, is making a documentary and a non-fiction book about her journey – to be called 500 Days in the Wild – touching on the historical undercurrents of Canada and tapping into what came before its conception.

Ms. Whelan worked on similar projects before embarking on this trip: a film and book about Mount Everest, along with a documentary about the High Arctic. She explored the interaction of traditional ecological knowledge and modern science, a theme that continues to inspire her work.

"The story of the film is based on this idea that everything we need to know, we have forgotten. I go on this very long journey to find some of that wisdom," she said. "A lot of it is connecting with elders of all races and nationalities I encounter on the journey … all within the realm of an adventure film. For me, this is what connects us all."

Part of Ms. Whelan's lineage includes Mi'kmaq. Every morning, she burns sage and prays for two different indigenous women who were murdered or remain missing in Canada.

"On a personal level, the trip is about reconciliation. Holding space and praying for these women is one way of doing that."

Ms. Jackson has her own impetus to traverse the trail: She has always had a penchant for long-distance adventures.

"It's beautiful," she said. "It's so diverse … I think why I love it so much is because it gives you an opportunity to see all bits [of Canada], from the rural parts to the cities."

She has been on the trail for so long it feels like the new normal, she said, although there have been many challenges, including winter.

"All the simple things that are so easy in the summer – setting up camp, cooking, keeping water and food from freezing – become much more difficult."

Ms. Whelan has also had her fair share of misadventures. Because the trail is still under construction, there are portions that are difficult to navigate, she said, recalling one time when she got lost.

"Suddenly the road turned into a river and at the end of the day, I was actually found by two hunters. They took me back to their cabin, made me some deer meat, and the next day they put me back on the right track. Some people want to be part of the journey. They offer their homes, meals: just an incredible quantity of kindness that has come from people of every province and everywhere." 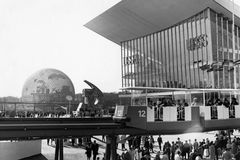