This story is part of a series about people, products and discoveries that changed the world

Stemcell Technologies Inc. makes more than 1,500 types of tissue culture media, the crucial tools for harvesting and growing stem cells, and sells them to laboratories and hospitals in more than 70 countries around the world.

As such, the Vancouver biotechnology company is one of the key players in the burgeoning field of regenerative medicine, a quiet behind-the-curtain player in a field that has the potential to revolutionize health care with cures for everything from cancer to spinal-cord injury.

While there are few commercial products to date – most stem-cell harvesting and treatment is done in hospital laboratories – the global market for regenerative medicines is forecast to reach $49-billion (U.S.) by 2021, up from $17-billion today.

As Stemcell plots more growth in this budding industry, it is building on the legacy of two Canadians, biophysicist James Till and cellular biologist Ernest McCulloch, who, in 1961, discovered stem cells. The two scientists from the Ontario Cancer Institute then published a series of studies defining the hallmark properties of stem cells, namely an ability to renew themselves and repair and replace tissue in the body, and showing they were transplantable.

That research is now considered among the most seminal medical findings of the past century, on a par with the discovery of the double-helical structure of DNA by James Watson and Francis Crick.

Stem cells not only revolutionized the treatment of cancer, but laid the foundations for regenerative medicine, and fuelled the emergence of a biomedical industry, particularly in Canada. In fact, Dr. Allen Eaves, the founder of Stemcell, and the founding director of the Terry Fox Laboratory at the BC Cancer Agency, did postgraduate work with the famous duo.

"For a long time, Till and McCulloch's discovery didn't get the attention it deserved," James Price, president and CEO of the Canadian Stem Cell Foundation, said in an interview.

"But they set the stage for all the current stem-cell research, and helped make Canada a magnet for talent and investment in biotech," he said.

For many years, the findings were more theoretically than clinically important. But technical advances in microscopy and biology, including the development of specialized tissue culture media, have allowed scientists to understand the mind-boggling potential of stem cells and fuelled an explosion of interest (and investment) in research.

While most modern medicine, from drugs to surgery, is designed to treat symptoms, stem cells can actually cure disease. In the future, we will be using cells to repair the body in ways we are only beginning to understand.

Just a few years after the Till and McCulloch breakthrough, stem cells in bone marrow started being used to cure leukemia and then multiple myeloma, two forms of cancer. In recent years, stem cells have also been used to cure patients of autoimmune diseases such as multiple sclerosis.

There is also promising – but early – research suggesting that stem-cell therapy may be able to cure diabetes, blindness and even spinal-cord injury. Most of this work is being done in thousands of clinical trials around the world.

Researchers at institutions such as the Ottawa Hospital are already successfully treating patients with stem cells and curing relatively rare conditions such as stiff person syndrome, scleroderma and multiple sclerosis.

Critics, however, argue that there has been far more hype than treatments that are effective and affordable in the real world.

Mr. Price said that is true to an extent. "There is a lot of hype because the potential is enormous. Science takes time but, in the stem-cell field, we're making steady progress."

"But we have to be careful about overselling," he added.

Stem cells are the body's master cells, and they can regenerate themselves. There are two main types:

Embryonic stem cells, derived from three- to five-day-old embryos, are pluripotent, meaning they can generate into any type of cell.

Adult stem cells generate new cells, but only within specific tissues, meaning they are multipotent. For example, liver stem cells can regenerate cells in the liver.

Canada has been a hotbed of innovation in the stem-cell field.

Dr. Janet Rossant of the Toronto Hospital for Sick Children created a mouse from a single stem cell; Dr. Sam Weiss of the Hotchkiss Brain Institute at the University of Calgary discovered neural stem cells that could lead to treatments and cures for everything from multiple sclerosis to Alzheimer's; Dr. Derek van der Kooy of the University of Toronto discovered retinal stem cells, a finding being used to reverse blindness; and Dr. Freda Miller of the Hospital for Sick Children identified skin-derived stem cells, which makes it far easier to harvest stem cells for a wide variety of research.

It's a reminder that the work of Till and McCulloch continues to resonate and spur innovation more than half a century later, in ways they never could have imagined.

Editor’s note: The name of the Canadian Stem Cell Foundation has been corrected in the online version of this article. 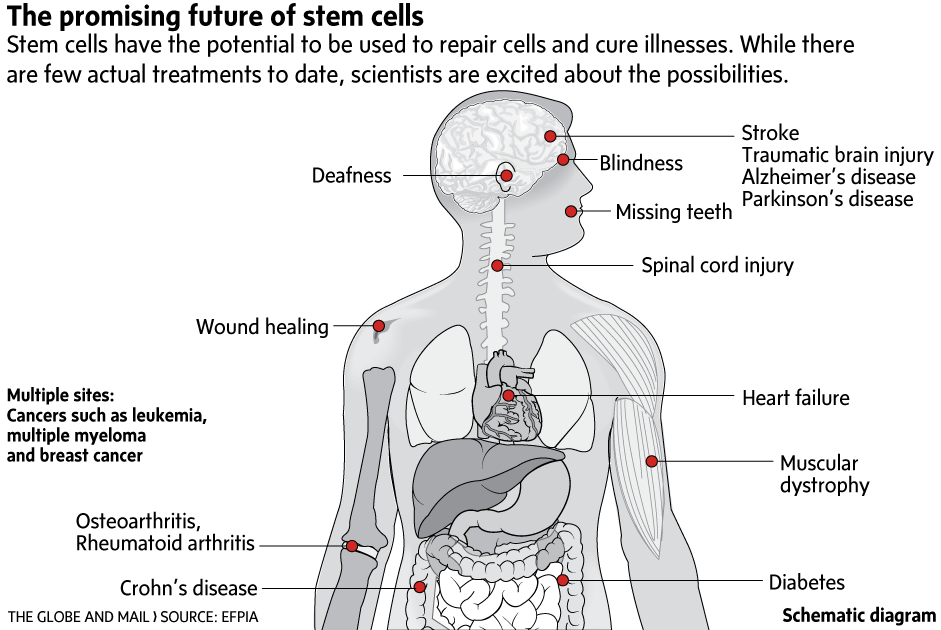 How a Canadian engineer fuelled the battery industry
January 2, 2017
Game changer: How the goalie mask transformed the face of hockey
January 8, 2017
The stem-cell struggle: Multiracial patients’ hunt for a match
November 14, 2016 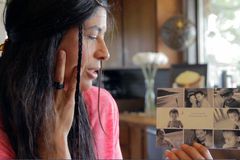