In celebration of Canada's 150th anniversary, WE asked remarkable Canadians the question: What are you doing to make our country a more caring and compassionate place?

Hannah Alper is living proof that social activism is not dependent on age.

At nine years old, Hannah accompanied her parents to a conference on Internet safety. Impressed with the possibility the platform presented, she dug in.

One blogging workshop later and Hannah had nailed down her outlet of choice. The next step: find her voice. "I didn't know what I wanted the blog to be about," Hannah admits. "I decided that all I really knew was that I loved animals."

Writing about animal rights began a game of connect the dots; Hannah realized that her beloved animals relied on the environment and the environment relied on humans. Not long after, an Eco-warrior was born, and Hannah found her voice. "I learned about the issues that the environment faces every day," she recalls. "Although I was nine at the time, I knew that I wanted to do something."

Her love of animals cleared the trail, while determination and a steadfast commitment to change-making kept her on the path to building a sustainable future for all living creatures.

When it comes to inspiring others, Hannah has reach. Her blog, Call Me Hannah, is five years strong, and with 40,000 followers on Twitter, the issues this teen brings forth are guaranteed an audience. In addition to her own platform, she is a member of the ME to WE Speakers Bureau and has spoken on the WE Day stage 22 times. And then, of course, there are speaking engagements like her Tedx Talk.

This year, Hannah is prepping for her words to hit the printed page, as she works on completing her first book, estimated to be released later this year. Comprised of various profiles, the book delves into the lives of change-makers and the individual impacts they are making on the world.

On top of all the writing, keeping up with her school work, and maintaining a social life, Hannah also dedicates time to building a stronger Canada. To mark Canada's 150th, the teen is pledging to educate others on the reconciliation of Indigenous peoples.

Her passion for the issue started last fall, when Hannah watched Gord Downie's performance at WE Day Toronto. Listening to him on stage opened her eyes. The artist sang a track from Secret Path, his solo album written and recorded in tribute to Chanie Wenjack, an Indigenous boy who died trying to find his way home from a residential school. Hearing about Chanie's experience revealed a blind spot in her Canadian history. "I didn't even know what residential schools were," she says. "I had never even heard anyone utter the words 'residential schools' or 'Truth and Reconciliation.'"

As Hannah has learned through writing her blog, change begins with awareness. "To get reconciliation, you need to be honest," she says. "That means educating the youth and my generation about what's happening." A social justice wrangler at heart, Hannah's words are always supported by action. In this case, that action is advocating for land acknowledgments to be part of her school's morning announcements.

Read on to learn why Hannah would like to see her generation lead Canada into the future through awareness and action.

There's this quote that I use a lot at the end of my speeches: "If you want to go fast, go alone. If you want to go far, go together." I've always believed in community. When I went to my first WE Day, I was 10 years old. That was the biggest community I'd ever seen – a community of change-makers standing up for something that they believed in. WE Day is an amazing place to meet other people. I assure you that you're not the only one out there making a difference.

What is the kindest action you've been on the receiving end of, and what about the gesture touched you personally?

When I met Marc and Craig Kielburger, they believed in me, which then led to me believing in myself. I've had so many people believe in me – my parents, my educators, my school board, the whole WE team. I've become a more confident person because of that. I truly believe that one of the most powerful resources to help other change-makers is to believe in them.

Fill in the blank: Moving forward into the next 150 years, our country needs [blank] in order to build a more caring and compassionate Canada.

Truth and Reconciliation. Honesty in this example is important because then we can really look at the issues. People are still affected by this today. Why not educate people about it? People need to know.

Describe the core values of your ideal Canada.

Honest, kind, compassionate, and caring. My ideal Canada would be a country that accepts, honours and celebrates people for being who they are. I want a Canada where there's compassion. The only way we can do that is through small actions that create a culture of kindness and love.

Nominate one person you believe is working to positively change the future of Canada.

When Travis Price – the founder of Pink Shirt Day – was in Grade 12, there was a guy in Grade 9 that was being bullied because he was wearing a pink shirt. Unlike others, Travis decided to stand up for this boy. He went to the store and he bought 50 pink women's tank tops. He e-mailed everyone he knew, and they e-mailed everyone they knew, and it was this ripple effect of change. The next day, hundreds of people showed up wearing pink – standing in solidarity with this one boy. Now, people across the world are standing with those who are being bullied saying, "We're here for you. You are not alone."

What small action have you taken to help secure a brighter future for our country?

My motto has always been: little things add up to make a big difference. That could be holding a door open for someone. It can be getting educated on an issue like Truth and Reconciliation or the environment; and then, after you're informed, to educate others. It could be standing up for someone being bullied. Or, if someone is going through a mental health issue, [it could be] having an open ear. We need to listen; when we listen, we can be there for people and they will feel appreciated.

This story is part of Living WE, a toolkit of ideas and inspiration for Canadians. It was created by WE, a movement that brings people together to create positive social change both locally and globally. 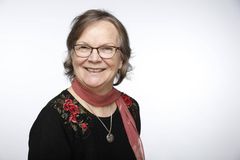 Superstar sprinter Andre De Grasse proves how far hard work – and a little help from your friends – can take you
June 1, 2017
Dress for Success Ottawa co-founder Marlene Floyd shows children are never too young to start volunteering
June 1, 2017
The National Ballet of Canada’s Guillaume Côté has no time for cultural snobbery
June 1, 2017
Follow us on Twitter @globeandmail Opens in a new window
Report an error Editorial code of conduct
Due to technical reasons, we have temporarily removed commenting from our articles. We hope to have this fixed soon. Thank you for your patience. If you are looking to give feedback on our new site, please send it along to feedback@globeandmail.com. If you want to write a letter to the editor, please forward to letters@globeandmail.com.
Comments