Editor's Note: This is the first of a five-part series on the Future of Faith in Canada.

Before 1971, less than 1 per cent of Canadians ticked the "no religion" box on national surveys. Two generations later, nearly a quarter of the population, or 23 per cent, say they aren't religious.

At a time of year when many Canadians traditionally turn to their faith, The Globe and Mail begins a look at the state of religion in Canada. What we've seen is a sea change in 40 years, a march toward secularization that mirrors what's happened in Europe.

A look at the youngest Canadians suggests the transformation is gathering pace. In 2002, 34 per cent of 15-29 year olds said religion was highly important to them. Data from Statistics Canada's 2009 General Social Survey show that number tumbling to 22 per cent.

Only the persistence of religious traditions among immigrants, whose religiosity has increased slightly over the past 25 years, has slowed the march away from our places of worship.

This demographic shift raises profound questions about our social values, about the fate of our cultural heritage, about institutions that once formed the bedrock our communities and about access to political power.

"Thirty years ago, the issue was religious and faith difference," said Nik Nanos, who conducted a poll for The Globe and Mail on the state of religion in Canada. "I think one of the key divisions in our society today is not the faith you practice but religiosity."

It's not that we're becoming a nation of heathens. In fact, 80 per cent of Canadians say they believe in God, which distinguishes us from Europeans.

Looking at the map, devotion declines in a disorderly pattern from East to West - from high rates of attendance and identification in Atlantic Canada to the lowest rates in British Columbia. In between, Quebec, with its Roman Catholic tradition, leads in religious affiliation, but church attendance is sparse and its residents are least likely to say that faith is very important to their lives. Across the board, the young are giving up on God with increasing haste.

The paradox is that as Canadians shed religion, the level of devotion among immigrants remains the same. That's a shift from an earlier era. In 1985, only 12 per cent of those born in Canada said they had no religious affiliation, compared with 21 per cent of immigrants who arrived in the previous 20 years. The 2009 data show "no religious affiliation" among the Canadian born jumped to 28 per cent, while the rate among recent immigrants held steady at 19 per cent.

Canada's current immigration pattern welcomes more and more immigrants from South and Southeast Asia, many of whom hold conservative religious principles. Statistics Canada data from 2009 show that, among immigrants who arrived from 1982 to 2009, 50.4 per cent say that faith is highly important to them, far higher than the 30.6 per cent of native-born Canadians who say the same.

On matters such as homosexuality, the role of women, sex education and religious instruction, immigrant religious groups are embracing debates that pit them against the majority public opinion. In the Anglican Church, Chinese Canadians have been at the forefront of the split over homosexual unions. Presbyterians from Korea, Ghana and Trinidad have put a conservative stamp on a church that once was liberal. At a United Church conference in Toronto a couple of years ago, Korean pastors walked out when the organizers opened the gathering with an ecumenical Buddhist prayer.

Moreover, religious newcomers to Canada - not only Christian but Muslim, Sikh, Hindu and orthodox Jewish - are showing signs of being unreceptive to the recent Canadian tradition, that scholars date roughly to the 1960s, of keeping religion out of the public sphere.

The consequence of this change, Mr. Nanos suggests, is that the various faith groups may find more common ground with one another than with secular institutions. We may also see the growth of a kind of militant secularism among the non-believers, as has been the case in parts of Europe, which treats the religious as unenlightened or backward.

Immigrant religious groups, which are by nature, organized and accessible, have recently enjoyed greater political influence. The Conservatives have been assiduously courting these groups in Toronto and Vancouver. In an increasingly atomized society, where voter turnout is low and there are fewer venues for public gatherings and rituals, their public significance may grow.

Fay Arellano, a Toronto legal assistant who emigrated from the Philippines, is a devout Catholic. She is among that group of highly religious Canadians - 15.6 per cent of the population - who say they attend a service 10 times a month or more, according to the Nanos poll. She says her vote goes to the parties that favour the poor and she isn't driven by issues such as same-sex marriage. Still, she couldn't bring herself to vote for a gay candidate, former provincial Liberal cabinet minister George Smitherman, in Toronto's recent mayoral election.

"In the Philippines, a lot of people are Catholics by tradition, but once they arrive in Canada there's more of a turning inward to the faith, especially for those that are bowed down, downtrodden," Ms. Arellano said. "It's almost like faith is all they have to survive."

Statistics Canada projects that by 2017, Muslims, Jews, Hindus, Sikhs and Buddhists will comprise 10 per cent of Canada's population, up from 6 per cent on the 2001 census. (Muslims now comprise the second largest religious group among immigrants, after Catholics: 15 per cent of the total.) Perhaps the biggest worry of the Christian religions - now two generations down the road from the collapse of church attendance in the 1960s and early 1970s - is the prevalence of religious illiteracy. More and more young native-born Canadians, whose parents never went to church and who themselves have never been in a church, have only the vaguest idea of what Christianity means.

Third-year medical student Jessica Page from Victoria puts herself in that category. She has never been to church except occasionally as a child with friends. Her parents, both academics, never attended church. She believes her grandparents attended, but she doesn't know which denomination. When she talks to fellow students who are in religious studies, the conversation, she says, is "completely over my head."

She acknowledges this gives her some qualms. "It's an important part of our culture."

What attracts native-born Canadians to church these days, says religion sociologist David Seljak of St. Jerome's University in Waterloo, Ont., is the availability of parking, quality of preaching and children's programs, in that order. It's not doctrine or liturgy or biblical scripture - which strikes a melancholy note for next year's 400th anniversary of the King James Version of the Bible. What some consider the greatest piece of literature in the English language is in danger of being forgotten with hardly anyone being aware that it's missing.

A nation of petty fidians, that's what we Canadians are.

Editor's Note: The original newspaper version and an earlier online version of this article contained incorrect information about what percentage of Canada's population identified themselves as Muslims, Jews, Hindus, Sikhs and Buddhists in the 2001 census. This online version has been corrected. 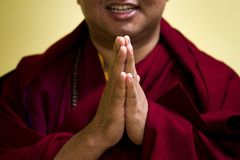 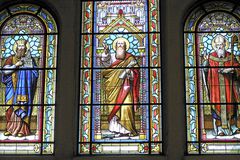 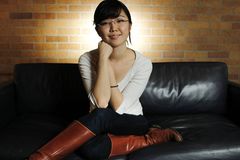 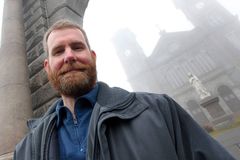 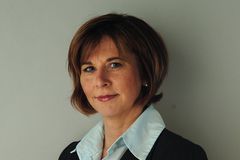 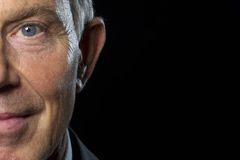 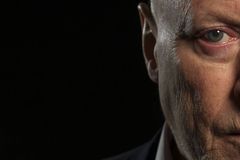 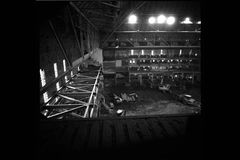