Canada is alone among the world's countries in issuing a blanket rejection of all proposed changes to an international convention on the trade in endangered species that would better protect animals and plants threatened with extinction.

But Canada's position on the amendments to the Convention on International Trade in Endangered Species of Wild Fauna and Flora (CITES) may not matter in the long run because this country is one of just four – along with Guatemala, Guyana and Kuwait – that did not voice its reservations in time to meet a Jan. 2 deadline and the United States has objected to our tardiness.

As a result, the reservations, which state that a country will not be bound by amendments, have been rejected by the secretariat that administers the convention and Canada appears to be in a position of non-compliance with an agreement that it ratified in 1975.

The Liberal government says its refusal to endorse the modifications to the convention is just a technicality that was required because it could not meet a 90-day timeline for stating its position and that it will eventually withdraw the blanket reservation that it lodged too late to be considered valid.

But Sheryl Fink, the director of the Canadian Wildlife Campaigns, said "it is extremely disappointing that Canada is not living up to our international obligations and it is setting a terrible example for other countries around the world. I would like to see the Liberal government live up to their commitment to provide greater protection for endangered species."

Many of the 49 amendments to the convention that were accepted at a meeting of signatories in Johannesburg last October place restrictions on the cross-border transport and trade of more than 400 species or subspecies of plants and animals, including silky sharks, thresher sharks, macaques, pangolins, and African grey parrots.

Some countries objected to specific changes that affect their own economic interests in the sale of animals and animal parts. Japan, for instance, said it did not want to be bound by greater protections that were put on the sharks while Saudi Arabia, the United Arab Emirates and the Democratic Republic of the Congo said they would not respect the enhanced restrictions on the parrots. Only Canada said it had reservations about all of the updates.

Environment Minister Catherine McKenna says it was not possible to modify Canada's regulations by the deadline met by most of 183 countries that are party to the convention.

In a letter written this month to Ms. Fink, Ms. McKenna said: "Due to Canada's process for implementing international treaties and the country's robust regulatory system, it is challenging for this country, as it is for many other parties to CITES, to meet the 90-day timeline."

As a result, the minister said, Canada had to submit a temporary blanket reservation in order to be in compliance with the convention that will "be withdrawn once the implementation process is complete, which is expected in 2017."

But even the temporary measure was not done in time and, although the secretariat said it would overlook the late submission if no other countries complained, complaints were in fact lodged by the United States on March 27.

Ms. Fink said that regardless of the reasons offered by the government for not endorsing the changes, Canada appears to be shirking its international responsibilities to protect threatened and vulnerable species from international trade. And the fact that it missed the deadline is mystifying and highly unusual, she said.

"I would like an explanation for why that happened," Ms. Fink said, "and some assurances from the government that they won't do it again and that they will take steps to update domestic legislation quickly to get it in line with our international commitments." 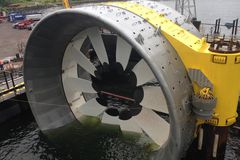 Cap-and-trade auction in Ontario yields $472-million
Subscriber content
April 3, 2017
Follow Gloria Galloway on Twitter @glorgal
Report an error Editorial code of conduct
Due to technical reasons, we have temporarily removed commenting from our articles. We hope to have this fixed soon. Thank you for your patience. If you are looking to give feedback on our new site, please send it along to feedback@globeandmail.com. If you want to write a letter to the editor, please forward to letters@globeandmail.com.
Comments