Canada has reached a milestone on its path, shared by the rest of the industrialized West, toward a much older population: The country now contains more seniors than children.

The finding, released by Statistics Canada on Tuesday, is stark: 16 per cent of Canadians were 14 or younger as of July 1, while 16.1 per cent were 65 or older.

The news has been greeted by researchers with some anxiety but also a surprising dose of optimism. They point out that while health-care bills and pension liabilities will rise as baby boomers enter their senescence, this generation of seniors is richer and fitter than any before it, and that Canada still has time to adjust to its new demographic reality.

The country has been moving in this direction for years, but has now crossed a "magic line," said Doug Norris, chief demographer at Environics Analytics and a nearly 30-year veteran of Statscan.

The impact is more symbolic than anything, but Mr. Norris said numbers such as these should help policy-makers focus on the needs of aging boomers, many of whom are reaching retirement age.

Mr. Norris pointed to skyrocketing rates of Alzheimer's and other forms of dementia as a key problem for governments to confront in the next decade or so.

Even areas of policy such as city planning will have to adjust, Mr. Norris predicted, as senior mobility becomes a more urgent concern.

"We're a suburban country in large part … but when you get older into your 70s and 80s, I'm not so sure about suburban living. How do you get to the doctor's?" he said.

Aging and stagnant populations are a problem across the developed world, and by those low standards Canada is faring well, the Statscan report notes.

Though the country's population is getting older, it is relatively youthful compared with other large industrialized countries.

In Japan, 26 per cent of the population is 65 or older, compared with 16.1 per cent in Canada. Only the United States, at 15 per cent, has a lower proportion of seniors among G7 economies.

The Statscan report also contains a relative bright spot for Canada around population growth: At 0.9 per cent, Canada's was weaker this year than it has been since 1998-99 – but stronger than that of any other G7 country.

Meanwhile, the stress imposed on the health-care system by today's old people is generally overstated, argues Susan McDaniel, the Canada Research Chair in Global Population and Life Course. She described the "rectangularization" of life expectancy, in which "we live fine to a very ripe old age, and then we die very quickly."

"You essentially fall off a cliff later in life … which is actually a great way to go," she said.

A 70-year-old today is much healthier than ever before, she added, apart from the contemporary wrinkle of growing obesity.

And with baby boomers holding more than half of Canada's wealth, according to a recent Statscan study, many are better positioned to fend for themselves in retirement than their parents were. Indeed, many Canadians in their 60s and 70s are still helping out their children financially, extending loans or chipping in on down payments for houses.

"Kids, and we forget to say this, are the biggest burden," Ms. McDaniel said.

Still, critics warn against being complacent. Canada's crop of seniors is growing about four times as fast as the population at large, in part because people are living longer than ever before.

While that is something to be celebrated, it also means that painful, not to say costly, chronic illnesses last longer now.

By 2036, it's expected that 40 per cent of Canadians will live to the age of 90, said Roderic Beaujot, professor emeritus of sociology at the University of Western Ontario.

"People speak of the oldest old – people 85 and over. That group is growing fast and will grow even faster," he added.

The health-care system will have to adapt dramatically to them, said Cindy Forbes, president of the Canadian Medical Association (CMA).

At the current rate of growth, seniors will eat up 62 per cent of provincial health-care budgets by 2036, the CMA estimates, a 15-per-cent increase over what seniors consume now.

To curtail that kind of spending binge, Dr. Forbes says Canada needs to move "from a hospital-based system to a community-based system" that emphasizes live-in services and palliative care. Where a Canadian hospital bed costs about $1,000 a day on average, home care costs $50 a day, Dr. Forbes said. 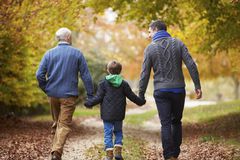