Canada was responding Thursday to the UN Human Rights Council, which is conducting its Universal Period Review of Canada's rights record, on a wide range of issues from poverty, immigration, prostitution and the criminal justice system.

Countries have their rights records reviewed every four years by the Geneva-based UN forum, but the Harper government has been skeptical in part because it allows countries with dubious rights records to criticize Canada.

Canada's ambassador to the UN in Geneva, Elissa Golberg, offered a brief rebuttal to Belarus, but did not engage directly with the other countries that criticized Canada.

"Canada is proud of its human-rights record, and our peaceful and diverse society," Golberg told the one-hour session.

While no society is entirely free of discrimination, she noted, Canada has "a strong legal and policy framework for the promotion and protection of human rights, and an independent court system."

Recommendations from those countries were among the 40 of 162 that Canada chose to reject.

That also included a rejection of a series of resolutions calling on Canada to undertake sweeping national reviews of violence against aboriginal women.

Golberg said Canada takes the issue seriously and that provincial and local governments are better suited to getting results on those issues.

The countries that called for a national review included Switzerland, Norway, Slovenia, Slovakia and New Zealand.

Other countries with poor rights records, including Iran, Cuba and Belarus, also supported the call for an investigation into the disappearances, murder and sexual abuse of aboriginal women in Canada.

In a response to be formally tabled Thursday in Geneva, Canada says it is "strongly committed to taking action with aboriginal and non-aboriginal groups to prevent and stop violence against aboriginal women" through a series of federal and provincial initiatives.

"There have been a number of inquiries and resulting proposals for improvements over the years," says the reply.

"In addition, race-based statistics are not recorded in a systematic manner across Canada's criminal justice system due to operational, methodological, legal and privacy concerns."

Canada faced similar calls to better address the concerns of its aboriginal population in 2009, when it faced its last review by the UN body.

"Such comments were made by a range of states, some of them close allies, some not. For example, the United Kingdom, Norway and the Netherlands, as well as Cuba and Iran, recommended that Canada better address Aboriginal Peoples' concerns," said an April 2013 Library of Parliament review of the UN review process.

It too urged the Harper government to strike a national commission of inquiry along with the B.C. provincial government, a measure that was endorsed by the NDP, Liberals, the Green party and the Assembly of First Nations.

James Anaya, the UN special rapporteur on the rights of indigenous peoples, is scheduled to visit Canada in October to conduct his own inquiry.

The federal government will get a chance to respond to Anaya's findings before a final report is circulated and presented to the UN rights council.

The Harper government has butted heads in the past with previous UN special rapporteurs.

It is all part of a periodic war of words between the Harper government and various UN bodies. The UN High Commissioner for Human Rights has criticized a Quebec law on demonstrations, prompting a quick response from Ottawa.

The UN Committee Against Torture has also accused Ottawa of being "complicit" in human rights violations committed against three Arab-Canadian men held in Syria after 9-11. 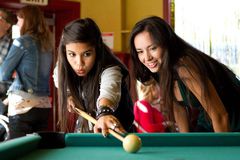 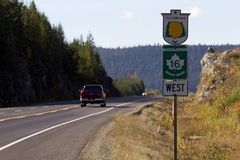 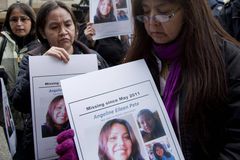