Canada will step up border screening to try to prevent an Ebola importation to this country, federal Health Minister Rona Ambrose said Wednesday.

"Our government will be taking the additional step of taking targeted temperature screens," she told the House of Commons, though she offered no detail about what that would mean or whether it would be only at airports or all border crossings.

The overall death toll from the epidemic reached 3,865 out of a total of 8,033 cases in West Africa and the United States as of Oct. 5, the World Health Organization said Thursday.

The Canadian Press requested an interview with an official of the Public Health Agency of Canada to get clarification on Canada's plans, but one was not granted. However, several hours after Ambrose made her remark in the Commons, the agency issued a press release providing some detail of what increased screening will look like.

The statement, from the new head of the Public Health Agency of Canada, noted there are no direct flights to Canada from the affected countries in West Africa.

Quarantine officers will be stationed at six airports across the country: Montreal, Toronto, Vancouver, Halifax, Ottawa and Calgary.

"Quarantine officers have the necessary training and equipment, including temperature monitoring devices, to conduct a health assessment and determine whether additional health measures are required," he said in the statement.

"Should these travellers identify themselves in this manner, a temperature check will now be administered."

As well, Taylor said the Public Health Agency will be increasing the number of staff at Canadian airports to help with the screening of travellers from Ebola-affected regions.

In an e-mailed response to a request for information, the Public Health Agency said border agency officers at crossings that do not have a quarantine officer present can connect via technology with one around the clock.

Ambrose's announcement came the same day authorities in the United States said that country would start to use enhanced airport screening for incoming passengers at the five airports that handle most flights from the affected West African countries.

And it came a couple of hours after a Texas hospital announced the death of a Liberian man who travelled to the United States before developing the symptoms of and eventually being diagnosed with Ebola.

Officials of the department of Homeland Security and the U.S. Centers for Disease Control said the enhanced entry screening would occur at the following airports: New York's JFK International Airport, Washington-Dulles, Newark, N.J., Chicago-O'Hare and Hartsfield in Atlanta. Those airports are the destinations for 94 per cent of all U.S.-bound flights from the Ebola-affected countries.

"We believe these new measures will further protect the health of Americans, understanding that nothing we can do will get us to absolute zero risk until we end the Ebola epidemic in West Africa," CDC director Dr. Tom Frieden said.

Recently Taylor described the systems the Public Health Agency has had in place for some time to safeguard against people with dangerous communicable diseases coming into Canada. For instance, if a passenger on an inbound international flight becomes ill, the pilot will radio ahead to notify authorities. When the plane lands, a quarantine agent will board to assess the passenger and decide whether he or she should be transported by ambulance to a hospital, told to report for a medical assessment within a couple of days or be released.

Likewise, border guards manning the immigration booths in airports are on the lookout for people who appear unwell. Taylor said agents are prompted by a reminder on their computer screens to ask people from Ebola-affected countries if they are ill.

"If the person says yes, then they're referred immediately to the quarantine officers for a full assessment," he said last week. "That's new and that's very specific in terms of trying to detect anybody coming from the area who could possibly be ill at the time.

"The border service agents are trained to look for somebody who's ill. They're also looking for people who would be sweaty, perspiring, etc. And if there's any indication – and they have a series of questions they ask if somebody appears ill – they then notify the quarantine officer who will do an assessment of the person. At that time the quarantine officer has the authority either to demand and detain the traveller."

However, none of this is foolproof, as authorities well know. For one thing, it is essentially based on an honour system. This net won't catch anyone who doesn't admit to feeling unwell and has no outward signs of illness, or people who had contact with someone who was sick but deny it.

Likewise, some people who are infected with some diseases – Ebola is one of them – may not be aware they are infected when they answer the border agent's questions. The incubation period for Ebola can be as long as 21 days after exposure to the virus, during which time the person would appear and feel well. With Ebola, it is believed people are only contagious when they have symptoms.

Thomas Earl Duncan, the Liberian man who died Wednesday, did not have symptoms when he arrived in Dallas on Sept. 20. He started to feel ill four days later. So airport screening that involved asking "Are you ill?" or requiring incoming passengers to agree to have their temperature taken would not have identified him as a risk.

"If the person is asymptomatic like the U.S. case, that's not going to pick anything up," Taylor admitted at a news conference last week. "But we're hoping to pick up anyone who's travelling when they're ill."

Studies have shown that temperature screening at airports, especially of incoming passengers, is not a particularly useful tool. It was found to have been ineffective during the 2003 SARS outbreak, and during the 2009 H1N1 flu pandemic.

As far as the current Ebola outbreak goes, the risk that Canada might get an imported case is not zero, but it is low, experts suggest.

Dr. Kamran Khan, who studies the spread of infectious diseases by analyzing international air travel patterns, said Canada gets few travellers from Guinea, Liberia and Sierra Leone, the three most badly affected countries in this outbreak. Only 1.5 per cent of travellers from those countries come to Canada, he said. 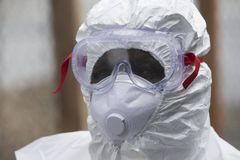 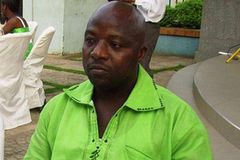 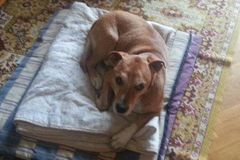