Canadians reported less crime last year, including violent offences, than at any point in the last four decades -- though the long-term downward trend masked a 2011 increase in some crimes against children, a "fluctuation" up in homicides and another spike in pot possession offences.

The annual report from Statistics Canada comes amid heated debate over the federal Conservatives' "tough on crime" agenda and concern in Toronto after a spate of shootings.

The report shows that Toronto was, in fact, among the safest cities in the country last year, falling behind only Guelph and Quebec City. The most crime-blighted communities were predominantly in the west, with Regina remaining the worst in the country for the 14th straight year.

The nationwide "crime severity index," a way of weighting offences, showed a continued long-term slide, dropping 6 per cent from 2010 and down fully 26 per cent compared to 2001.

Public Safety Minister Vic Toews was not available for an interview. In a statement emailed by his spokeswoman, he suggested recent federal policies could be credited for the latest drop in crime.

"Our government is stopping the revolving door of the criminal justice system," the statement said. "The fact of the matter is that when the bad guys are kept in jail longer, they are not out committing crimes and the crime rate will decrease."

The annual Statistics Canada report is often criticized from both sides, for both under- and over-counting crime. It includes only those offences reported to and substantiated by police, leading some to say that it paints an incomplete picture. Conversely, changing social attitudes can lead to more reporting of some types of crimes, making them appear to be on the rise.

The federal agency's report shows that the generation-long trend downward in crime obscures rises in a few categories.

Among non-violent offences, the only categories to show substantial rises were child pornography -- though Statistics Canada noted that fluctuations are "likely reflective of police-based programs and initiatives targeting this particular offence" -- and cannabis possession.

Although cannabis trafficking was down, the possession rate continued the upward trend of the last few years. The number of possession offences reported by police was pegged at 146 per 100,000 people in 2009. That jumped to 167 in 2010 and then to 178 last year, a rise of almost 22 per cent over only two years.

"Our government has a responsibility to protect families and communities from the harmful effects of the illicit drug trade," Mr. Toews said in his statement. "We remain concerned with all of the risks associated with the use of illicit drugs."

Among violent offences, there were rises in the homicide rate and a broad category known as "sexual violations against children."

Substantial rises were recorded in the reported incidents of luring a child via a computer and invitation to sexual touching increased, up 10 and 8 per cent respectively. The rate of sexual interference remained stable, while the rate of sexual exploitation dropped by 7 per cent.

Nationwide, Statistics Canada's report shows that the number of homicides per 100,000 people increased by 7 per cent in 2011, compared to the previous year, driven by rises in Alberta and Quebec. But the report noted that, "despite annual fluctuations, the homicide rate has generally been declining since peaking in the mid-1970s." 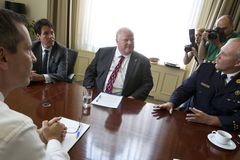 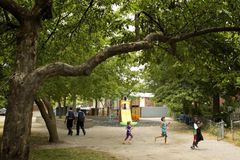 In Colorado, searching for answers amid the carnage
July 20, 2012 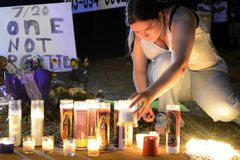 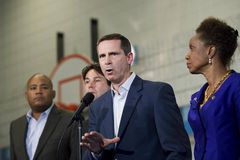 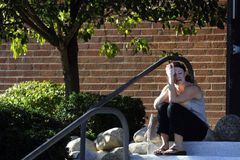 Opinion
There is no one answer to gun violence
July 20, 2012 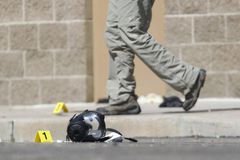 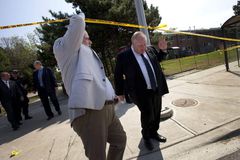 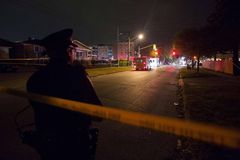 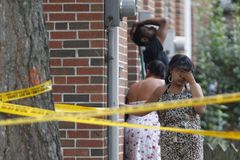