Canada is one of the best countries in the world in which to get an education, but it is failing its aboriginal students, a new report suggests.

The aim of the report, one of the first comprehensive looks at Canada's performance globally, was to provide an overview of the available data from international education assessments, something Andrew Parkin, the report's author, says has not been done before in Canada.

"I wanted to present a fairly comprehensive overview, instead of just jumping on one piece of data here or one piece of data there," said Mr. Parkin, a public-policy analyst who carried out the study for The Environics Institute.

Most of the findings are positive. According to the report, Canada is one of three countries in the world to place in the top 10 for performance, efficiency and equity in education. The other countries are Finland and Estonia.

Canada's equity standing is especially important, Nicholas Ng-A-Fook, director of teacher education at the University of Ottawa, said, noting that by restricting education to an elite few, as some countries do, it's easier to achieve high marks in performance but equity scores suffer.

But the data are not all positive. Canadians between the ages of 25 and 34 are not performing as well internationally as older generations. Although Canadians from 25 to 64 with a university degree ranked 10th in education attainment among OECD countries, Canada dropped to 17th place when limiting the ages to 25-to-34-year-olds.

That might not be due to a decline in Canada's performance, but because other countries are catching up, Mr. Parkin said. Canada has had a historical advantage because its education system was modernized earlier than most countries in the world. But that advantage is disappearing, he said.

"[It] doesn't necessarily mean that our youth are doing poorly, but it certainly means that they can't expect a kind of natural advantage over youth in other societies," he said.

The widening gap between Canada's indigenous and non-indigenous people, highlighted in Mr. Parkin's report, casts a shadow over the country's otherwise excellent track record. Though education achievement – the highest level of education reached – is increasing for both groups, progress for aboriginal people is much slower. In 1996, for example, 12 percentage points separated aboriginal and non-aboriginal Canadians, aged 25 to 54, with a university degree. In 2011, although both groups had a higher number of university graduates, that gap had increased to 17 percentage points.

It's one of Canada's biggest failures in education, Mr. Parkin said, which in part dates back to the country's history of colonialism.

"You've got generations of grandparents and parents who were scarred by their experience in education," he said, referring to Canada's residential schools. "They're hardly going to trust that system when it comes to educating their children."

Prof. Ng-A-Fook of the University of Ottawa said a lack of funds for on-reserve schools is part of the problem, but poor access to basic services and general underfunding are creating barriers to achieving a university education, he said.

"A kid not having electricity … not having water that they can drink, having to pay two, three or four times more for food, nutritional food, it makes a huge difference," he said.

While the widening achievement gap between aboriginal and non-aboriginal Canadians might seem out of place with the country's high equity ranking, Mr. Parkin said it's simply an issue of numbers. Aboriginal people represent about 4 per cent of Canada's population, which means even drastic differences in educational attainment are not mathematically significant when included with the rest of Canada.

"That's the danger, because this great problem could be masked if you're not careful, if you just follow the numbers," he said.

Mr. Parkin said he is not advocating for major changes, noting that Canada's education system is in need of only minor adjustments.

"If the report showed that our system was kind of failing, then you want to say, 'Wow, we need some kind of exciting rethink or overhaul.' [But] you don't," he said.

Transforming a notorious Winnipeg neighbourhood into a hub for education
July 19, 2015 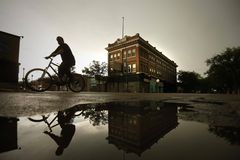 For foster kids, pursuing a post-secondary degree is not just about money
September 7, 2015 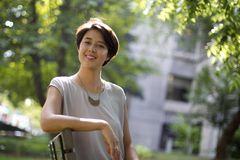