At first, the ice didn't interest Geoffrey Hattersley-Smith. The young man who grew up in southeast England instead wanted to study forestry. There was much, though, that he hadn't planned on.

He left school to serve in the Royal Navy, because he felt he should, and later found himself serving during D-Day.

In the end, it was another subject entirely that caught his eye, a field far removed from forestry, rural England and the war – ice.

So began his trek as a glaciologist, Arctic and Antarctic academic and explorer (a term he loathed) – Hattersley-Smith became a leading pioneer of research in Canada's Far North.

He climbed Nunavut's highest peak, endured frigid and austere conditions and delivered the Canadian government, principally its military, an unprecedented understanding of the north during the heights of the Cold War.

His adventures, however, took their toll. He'd broken one ankle twice, the other once, and developed arthritis. Slowly, he grew immobile and his health degraded.

Hattersley-Smith died in his southeastern England family home, the same 10-acre plot he grew up on, on July 21 at the age of 89. He leaves his wife and two grown children, Fiona and Kara, both Canadian-born.

"I suppose with all the activities he'd done in his life, his body was just worn out, I guess," says his youngest daughter, Fiona, who remembers her father as a loving man with a mischievous streak and deep fears for the fate of the rapidly changing North.

"I think where he used to walk, and where he used to lead his expeditions, would now be oceans. Would just not exist … He was very passionate about the fact of what mankind is doing, or has done," she recalls, adding: "He was a modest man who did an awful lot."

Born in London in 1923, he studied geology at Winchester College and Oxford before and after the war, researching as far afield as Antarctica.

It was in 1951 when the young researcher completed his master's degree and first came to Canada – a time when the a Arctic was a new frontier.

Giant ice shelves were cracking, creating ice islands big enough for Canadians – or, officials feared, the Soviets – to land a plane on.

It was time to beef up Canada's presence in the North.

A weather station and military post were set up in Alert, Nunavut, the world's northernmost settlement on the tip of remote Ellesmere Island.

Canada's military research agency, the former Defence Research Board (DRB), took advantage of the infrastructure in 1953, dispatching a team led by Hattersley-Smith to investigate an ice shelf on the island.

Ellesmere is where he'd make much of his career, leading international research teams and returned with the odd souvenir – in 1953, bringing back a piece of a U.S. flag left behind by an expedition in 1909.

It was the first of many summers on Ellesmere for Hattersley-Smith.

The next year, he used a sledgehammer to loosen a chunk of an ice shelf, sent to Chicago for testing.

It was the groundwork for a decade of research in the high a Arctic, on glaciers, sea ice and oceanography.

The academic work, Hattersley-Smith once wrote, was "the cheapest and most effective means of demonstrating Canadian sovereignty" in the region.

He completed his doctorate in geology in 1956. In the 1960s, his team began research in Tanquary Fiord, in what is now Nunavut.

In 1964, he discovered a rapidly advancing glacier on the island.

In 1967, he became the first person to summit Barbeau Peak, the highest point in what is now the territory. Hattersley-Smith led DRB research on Ellesmere Island until 1971.

He retired from the DRB in 1973, returning home to join the British Antarctic Survey.

"He absolutely was not a city person or, you know, sort of a desk person," his daughter says, laughing.

Throughout his expeditions, Hattersley-Smith had a taste for the food and drink of his predecessors – explorers who'd stopped briefly at the islands decades before.

In 1953, he sampled the food and brandy left by one expedition.

In 1954, he tasted another expedition's tea.

While on the island, where the temperature was often below 0 C, they lived off of preserves, fish and any edible mushrooms they could find.

At his funeral, held Aug. 1, his daughter ensured his preferred drinks – Bombay Sapphire gin as well as Prosecco – be provided. "We're not just having stuffy old tea," she says, in keeping with her father's wishes.

He clung to an adventurer's spirit.

When Fiona was caught climbing the roof of her school as a child, her father wasn't upset; Instead, he gleefully quizzed her on which route she'd taken.

The family home was bustling even throughout retirement, with visitors regularly bending Hattersley-Smith's ear. He was plagued by the state of the North and the fate of Canada's glaciers and ice. It was a point he stressed in his later years, his daughter said.

"I hope that people will realize that the way you live your life has to change, because otherwise we're not going to have a planet any more in which we'll be able to live as human beings," she said, adding he was particularly angered by climate change deniers, principally former U.S. vice-presidential candidate Sarah Palin.

Hattersley-Smith also had a lengthy career as a published author, and was a fellow of both the Royal Society of Canada and of the University of Calgary's Arctic Institute of North America.

Next year, his daughters will travel back to remote Tanquary Fiord, Nunavut, one of his camp sites, with his remains – one final expedition for a pioneer of the Canadian North.

With a report from Rick Cash.

Facts & Arguments
Revisiting my lake of loneliness
May 1, 2018 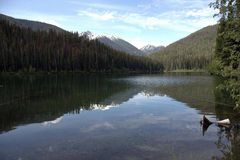 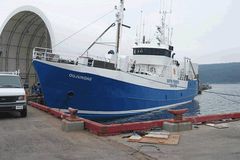