Neema Martelly has trouble sleeping through the night – and it has nothing to do with monsters hiding under her bed. At just four years of age, she suffers from a disorder more typical of middle-aged overweight men: sleep apnea, a symptom of obesity.

Luckily for Neema, she lives within reach of what is believed to be Canada's first obesity treatment program tailored specifically for children under six. Through it, she's discovered a love for twirling around practising ballet, learned to try the broccoli, carrots and (reluctantly) lettuce on her dinner plate, and found that dancing the hokey-pokey on her living-room floor brings more laughs than whiling away the evening on the couch.

Neema is among six young children and their families who are part of a unique collaboration between the Hospital for Sick Children and Toronto Public Health that focuses on getting an often-overlooked age group onto a healthier track. What started as intensive group sessions with health professionals over the summer has continued with regular meet-ups at the hospital, and, most importantly, a monthly home visit from a public health nurse to advise parents on healthy behaviours and monitor progress.

As many as 14 per cent of Canadian children between the ages of three and five are overweight, and another 6 per cent are obese – frightening statistics, especially when considering the future health-care burden. There is a likelihood that without strong interventions these young children will remain obese into adulthood, and, as a result, are at increased risk for a host of health problems, including diabetes, heart disease and stroke.

Doctors are discovering that tackling the obesity epidemic requires zeroing in on Neema's age group – and perhaps even starting much earlier, in utero. It's not without controversy: Few parents recognize their pudgy child has a weight issue, even if he or she is obese, studies show. Changing those attitudes requires programs that fixate less on obesity and more on healthy-active living, doctors say.

"I've never seen a health topic be so engaging to physicians and the community at large," said Catherine Birken, a pediatrician at Sick Kids who spearheaded the pilot program with some provincial funding. "The cardiologists are now focusing on early childhood. Everyone is turning their attention to early childhood. The evidence shows that the earlier you start helping families develop healthy behaviour, the more likely those behaviours will persist through the child's life."

Dr. Birken has been treating obese teenagers, and that work led her to realize the epidemic needs to be addressed at an earlier stage. She approached Toronto Public Health, because of its links with mothers and preschool children in the community.

The families of the six children, the youngest being two years old, joined the program after learning of it either through their pediatricians or public health. Dr. Birken hopes to add more children in the new year.

Over the six weeks at the hospital, the children played games, while their parents learned about meal planning and physical activity. Parents, who often feel stigmatized because of their child's condition, received counselling. A public health nurse is now making monthly visits to homes. The visits are expected to last a year, but the program co-ordinators hope they will continue longer.

Mark Tremblay, director of healthy active living and obesity research at the Children's Hospital of Eastern Ontario Research Institute, said he is not aware of another program in Canada that targets children under six years old, and that works through a government agency.

"I think common sense and intuition would tell us that the earlier you can intervene, the better," Dr. Tremblay said. "We're slowly coming down in the age group. The obesity epidemic hits adults, we pay attention, and then eventually kids. Now, it's young kids, too."

On a recent evening at Neema's home, Maple Cardona, a public health nurse, observed a lively dinner hour. Take-out meals were once common. But today the family sat together as Neema's mother, Nila Martelly, served her daughter and two older sons lentils, chicken, rice and vegetables. The young girl ate it all, though the vegetables were her last bites.

After dinner, Ms. Cardona persuaded Neema to dance the hokey-pokey. Neema giggled her way though it. "I'm very hands-on in the home, because I want the parents to see they can do this," Ms. Cardona said.

Neema's mother was a willing participant. Her daughter still gasps for air at night, and struggles with her weight. But in just a short time, Ms. Martelly said her daughter's weight has stabilized at around 60 pounds, she is enrolled in ballet and swimming, and the entire family is making changes to their lifestyle.

"I didn't go into the program to have her lose weight. I want to make sure her weight stays stabilized. Sometimes when she went out to play, she'd be wheezing and she'd be out of breath," Ms. Martelly said. "I just want her to be healthy." 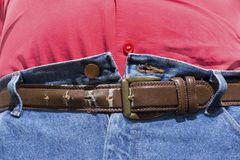 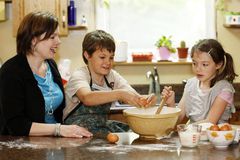 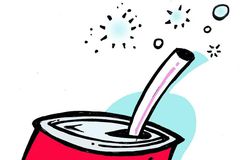 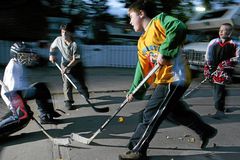 Putting Body Mass Index on report cards doesn't solve childhood obesity
May 1, 2018
War on child obesity: out of the cafeteria and onto the playground
May 11, 2018 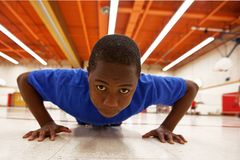 Essential resources about childhood obesity in Canada
May 11, 2018 How parents can help their kid stave off childhood obesity
May 8, 2018