Health Minister Jane Philpott announced Monday that the federal government is going to try to clear up some of the "clutter and confusion about what to eat and what not to eat" with a series of policy measures that include revamping the Canada Food Guide, making the nutrition labels on food more readable and comprehensible, reducing harmful food additives such as trans fats and sodium, and restricting the marketing of unhealthy food and beverages to children.

Every one of those initiatives is welcome and overdue and, over all, the plan is a moderately ambitious one.

However, the devilish details will ultimately determine whether what emerges after the consultations, the lobbying by consumers and industry and the political compromises, is a coherent food strategy.

Related: Why a new national strategy on food can't satisfy all

Related: In today's market, your food chooses you

It certainly helps that Dr. Philpott herself has an obvious interest in the topic, as demonstrated by the passion she showed in making the announcement at the Canadian Cardiovascular Congress in Montreal.

The minister riffed on the unifying power of the family meal, the joy of cooking and how our memories are often tinged with tastes and aromas, as well as the need for regulation to be consumer-friendly and culturally appropriate.

Let's start with the Canada Food Guide – an iconic document that virtually everyone has seen and almost no one can understand.

The guide, first created in 1942, was last updated in 2007 and, to be honest, was already painfully out of date even when it was released. "While most Canadians are aware of the Food Guide, they find it hard to interpret and to apply the advice to their daily lives," Dr. Philpott said, adding that a one-size-fits-all document is inadequate in a multicultural country such as Canada.

What she has asked Health Canada to come up with as a replacement is a "suite of products" – from the classic chart you can stick on the fridge to an app – that are: Evidence-informed, relevant, written in plain language, easy-to-understand and follow and adaptable to food preferences.

Sounds promising; the process will begin with 45 days of public consultations.

The second major initiative is to improve the Nutrition Facts labels on food, something else that is currently little more than visual noise – not very useful gibberish that is hard to read and harder to understand.

The plan here is, again, to simplify, to modify the labelling rules so there are standard serving sizes, more info on sugars, identifying additives such as dyes with common names and making the ingredients – and allergens in particular – easy-to read, and actually put labels on the front of packages. The goal is to do this by the end of 2017.

The third biggie in the minister's announcement was a plan to restrict the marketing of unhealthy foods and beverages to children, something she called "the right thing to do."

What's difficult to understand here is: What's the hold-up? Quebec has had rules in place since 2003, and they have had some positive impact.

There's also a bill before the Senate, championed by Conservative Senator Nancy Greene Raine, that could be embraced by the Liberals. In other words, there's no excuse for Ottawa to dither.

The same is true of other aspects of the food strategy that the Health Minister touched on briefly, such as limiting trans fats and sodium in foods. Both of these issues have been talked about for years, while action has been minimal.

The United States is phasing out trans fats in foods, and the Liberals have promised to follow suit, but they need to set a clear timetable.

In its platform, the government also vowed to "reduce salt in processed foods," and, on Monday, Dr. Philpott said, "We will step up our game."

Once again, that's too vague. Set targets, and enforce them.

Nutritionists and food activists will also be disappointed that there are no concrete plans to tackle sugar, and added sugars in particular. Labelling is helpful, but it's not enough.

All of the actions announced by the minister were part of the Liberals campaign promises, and stated goals in her mandate letter.

So, in large part, we have new promises to meet earlier promises.

The government has provided the broad outlines of a Healthy Eating Strategy, but it still needs to give it some bite.

How the food industry is using Canadians' changing eating habits to market to different generations
October 10, 2016 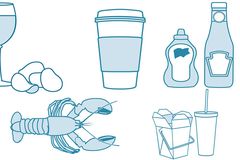 Why a new national strategy on food can’t satisfy all
October 23, 2016 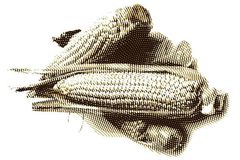 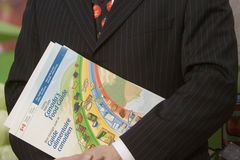