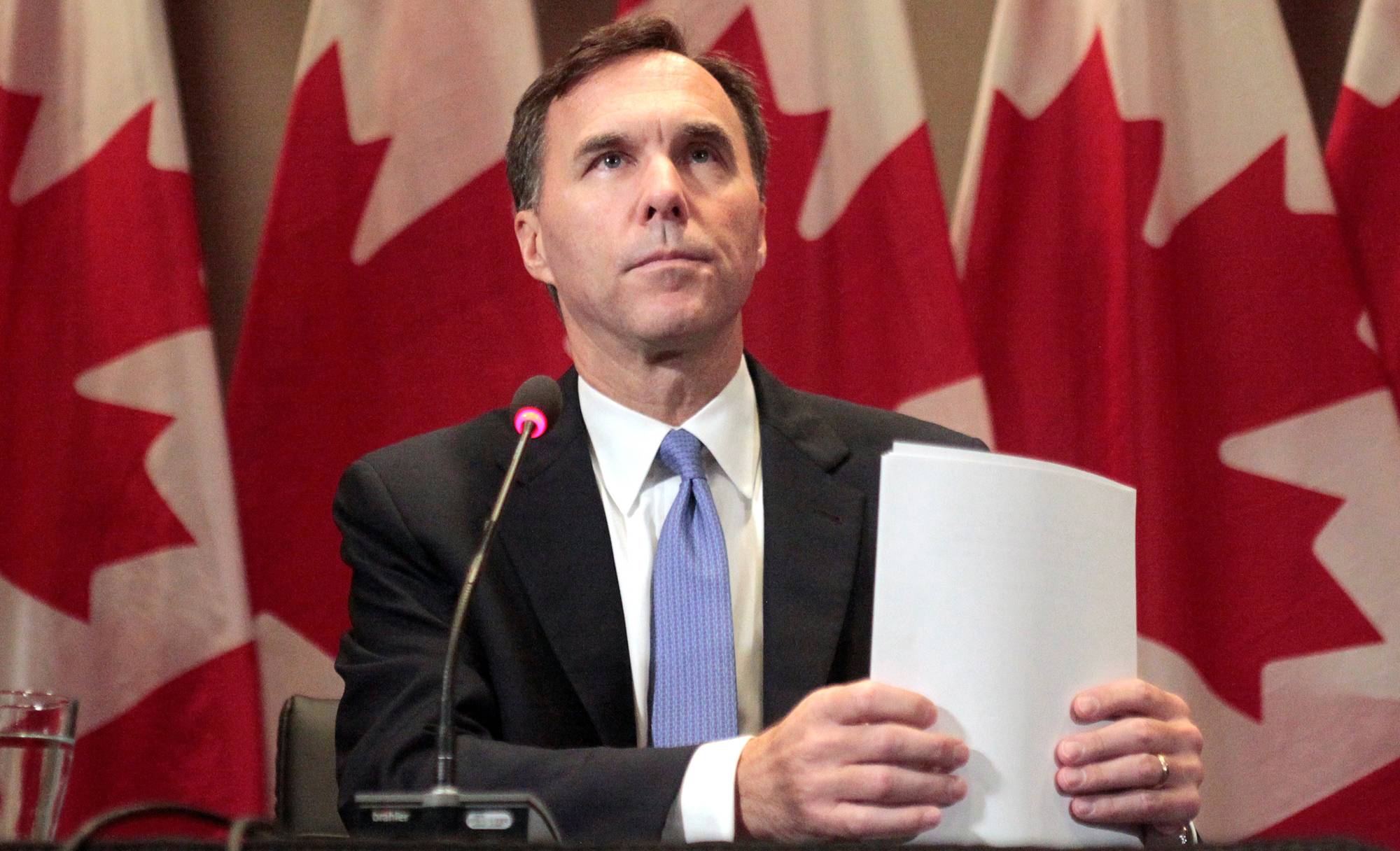 “Got any other ideas?”

Well, that was fun while it lasted

Vancouver is now down for the count. The question is what happens in Toronto.

Canada’s housing and mortgage markets are in the midst of wrenching change as policy makers scramble to ensure a bubble doesn’t burst, that homes are more affordable and that the risks to the financial system are limited.

The federal government’s new tax and other measures, unveiled this week, follow heightened angst over the state of the Vancouver and Toronto markets, and a Globe and Mail investigation into the flipping of properties in the Vancouver area.

Among other things, as The Globe and Mail’s Tamsin McMahon reports, the measures are aimed at curbing speculation by foreign investors and at blocking home buyers from trying to swallow too much debt.

The Vancouver market, which had been cooling regardless, has also been hit by a 15-per-cent tax on buyers of area properties.

Analysts believe Toronto will also cool in time, though there are questions surrounding the impact of that tax in Vancouver.

“We know that the new tax on foreign buyers in Vancouver virtually wiped foreign investment out in the city. Looking at Toronto (and Ontario overall) you could have made the argument up until a few months ago that the market was being driven by demographics … But recently sales have surpassed their long-run average sharply and are elevated even on a per-person basis (so, adjusting for population growth). Double-digit home price growth is the first sign of increased speculation in the market. This may be a sign that foreigners have switched to the Toronto market. The new rules put in place this week, while modest in nature, may deter some foreign investment and help take some of the steam out of the market.” Diana Petramala, Toronto-Dominion Bank

“While Vancouver’s housing market was cooling even before the property transfer tax on foreign buyers, there is concern that the tax will redirect non-resident buyers to other regions, notably already-pricey Toronto. Escalating prices in Toronto are not only forcing more families to take on larger mortgages, they are pushing more people further away from the metropolitan region, adding to commuting costs (in terms of price, time and pollution).” Sal Guatieri, BMO Nesbitt Burns

“We view the aforementioned actions as another step in a progressive eight-year effort to very gradually reduce the [government’s] participation in, and exposure to, the mortgage market. Historically, these interventions have tended to put upward pressure on mortgage rates, but not dramatically so, while inducing a higher degree of prudence amongst lenders and borrowers.” Peter Routledge, National Bank

“The changes to the mortgage insurance qualifying requirements have the potential to exert the most significant effect on Canada’s housing market in the near term. Imposing a higher qualifying rate on insured mortgages with a five-year term will affect the largest segment of Canada’s mortgage market …Because they tend to be the primary users of mortgage insurance, first-time home buyers necessarily would be the most affected by the change. It is important to note that these changes will have implications not just in Vancouver and Toronto, but all across Canada.” Robert Hogue, Royal Bank of Canada

My colleague Kathy Tomlinson has been on this story for, like, forever. Here’s what she says about this week’s climax:

“A year ago I had hardly anyone to talk to and I knew next to nothing about what I was looking into. I had just started at The Globe and had decided, with the blessing of my editors, to tackle what I now call The Thing, commonly known as Vancouver’s nutty real estate market. I had no idea all the lonely and tedious work – looking at hundreds of documents and pestering people who didn’t want to talk to me – would lead to significant changes included in the new measures. What a ride.

“No one had really dug into what might be causing rundown bungalows to sell in one day for several million dollars. There were many theories, especially about wealthy buyers from overseas bringing suitcases of cash and paying no taxes. Everyone kept complaining there wasn’t any data, but no one was compiling any either.

“So off I went, pulling at countless bits and pieces from land titles, MLS listings, corporate records and court documents. I met industry people in coffee shops, knocked on doors in the hottest neighborhoods, and spent whole days driving to a long list of addresses to see if the homes were empty or who lived there and why. Patterns started to click. I had some aha! moments.

“Now that we’ve revealed the shadow flipping, tax dodges, unethical practices and lax oversight, I’m left with one basic impression of what happened – and it’s pretty simple. People with a lot of money were tapped and exploited by people wanting to make a lot of money – and the system was utterly unprepared to do much of anything, to manage or regulate the fallout for everyone else who was affected.

“I’ve always wanted to make a real difference through reporting, but it’s hard to believe the outcome. Kudos to my sources and colleagues in Vancouver and beyond who stepped up to hold feet to the fire. That’s how it’s supposed to work.”

And on that note, here are some other scenes I’d love to see: 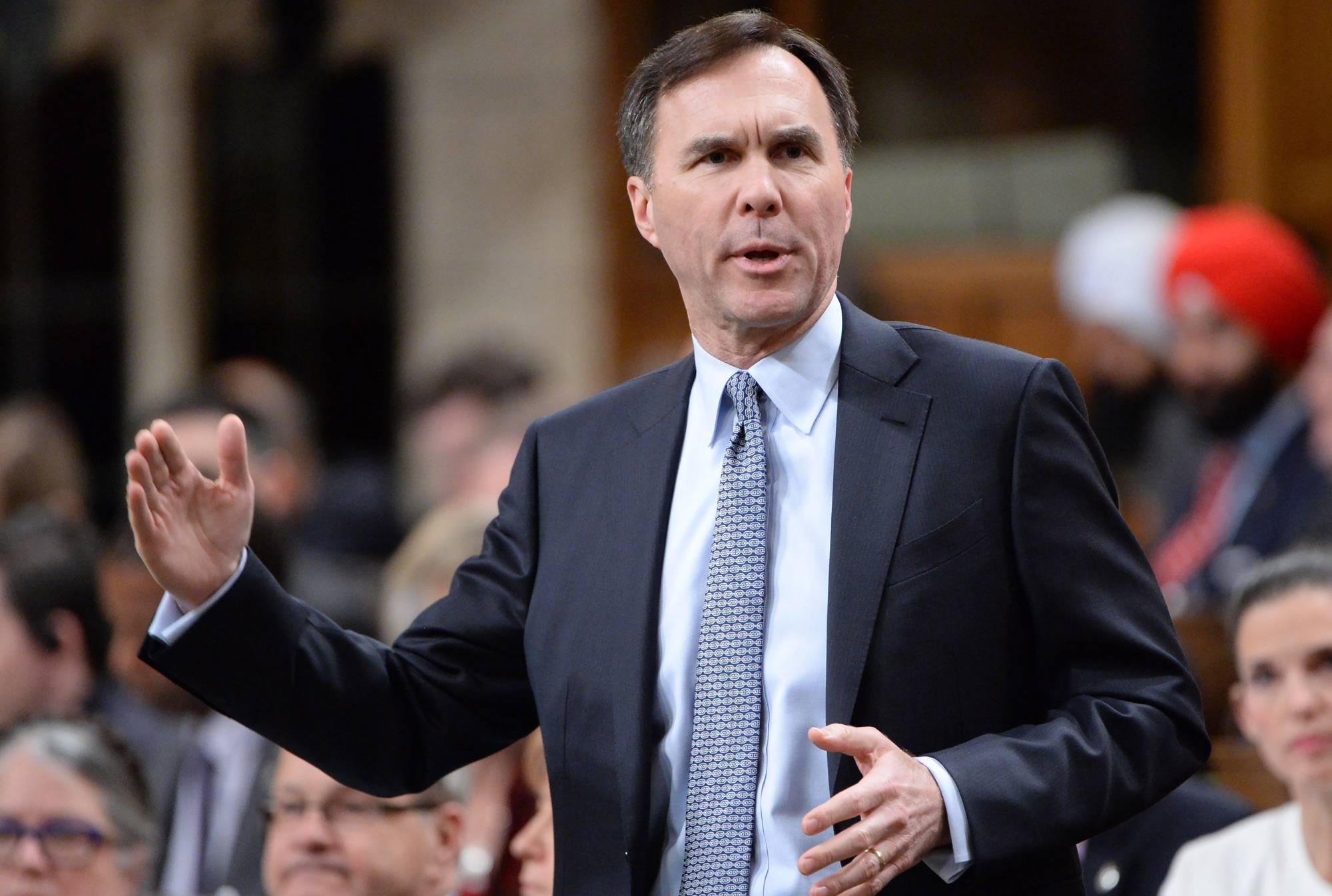 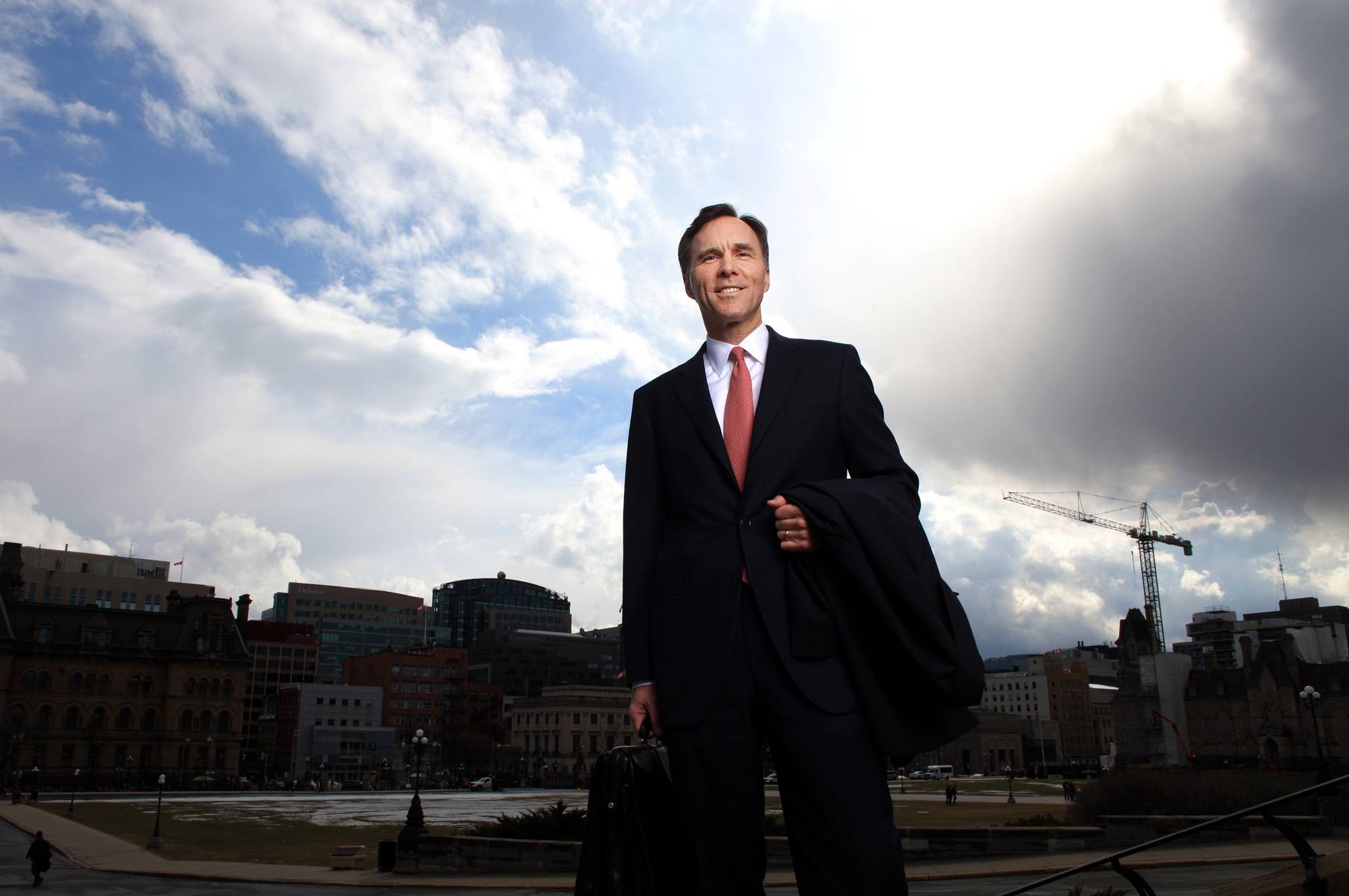 “Those are not storm clouds. They’re just clouds.” 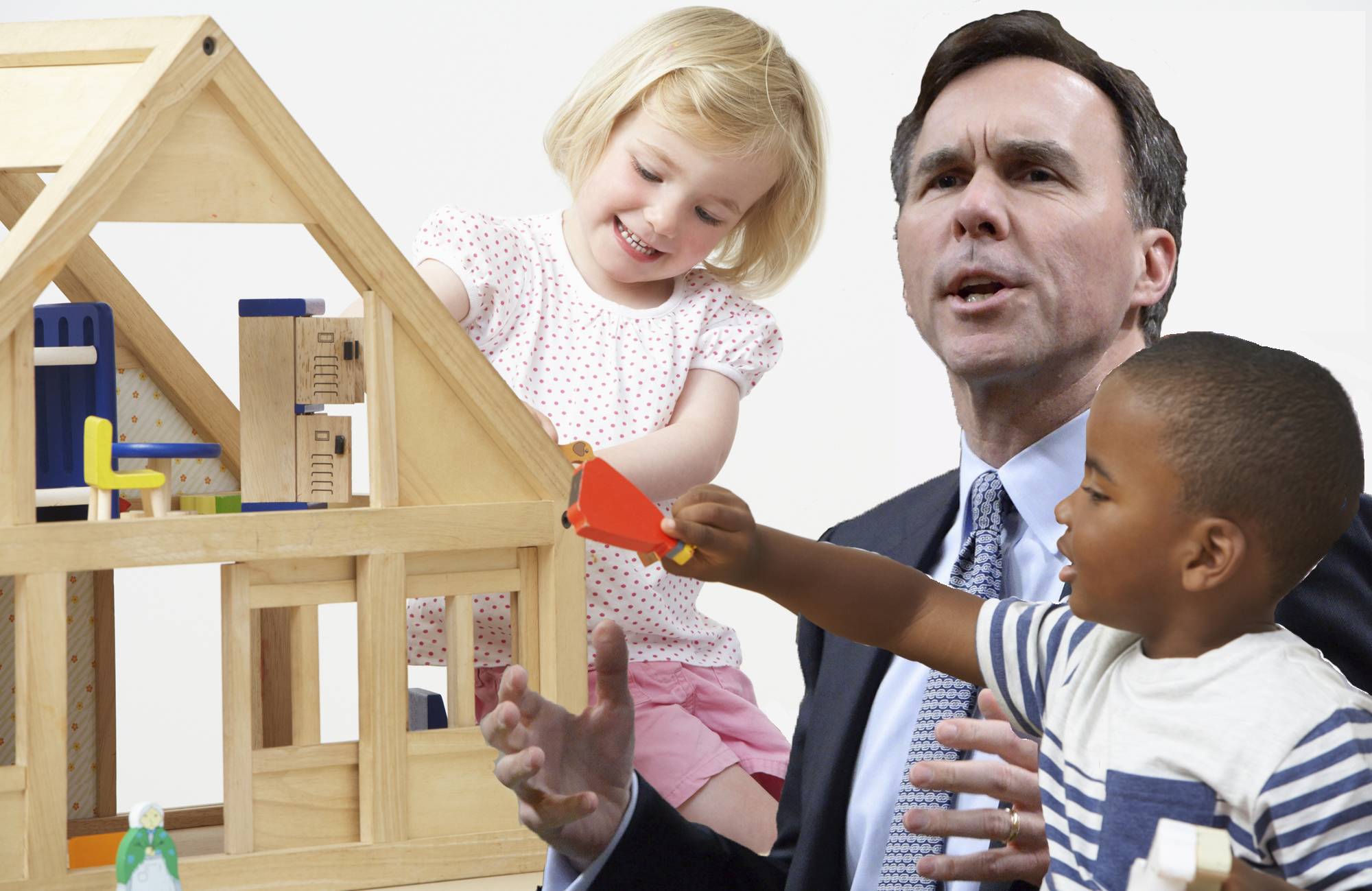 “Well, first you’ve got to qualify for the mortgage.”

Well, that was fun (Part II)

From research published in Nature this week:

“Here, by analyzing global demographic data, we show that improvements in survival with age tend to decline after age 100, and that the age at death of the world’s oldest person has not increased since the 1990s. Our results strongly suggest that the maximum lifespan of humans is fixed and subject to natural constraints.”

Well, that was really fun

The Blue Jays took the first game in the ALDS 10-1 over the Texas Rangers.

Just so you know, Prime Minister Justin Trudeau has promised to stay away from the home games lest he jinx them. Last year, whenever a federal leader attended a game, the Jays lost.

If you’re a fan of the circus, here’s what my colleague Affan Chowdhry says about Round Two of Clinton v. Trump Sunday night:

“Comedian Stephen Colbert’s nickname for Hillary Clinton after the first presidential debate is Preparation H. And rightfully so: Ms. Clinton was debate-night ready. The name of the game on Sunday night for the second presidential debate is, How to make Donald Trump go loopy again. And the question is: What will set him off this time? Ms. Clinton has a myriad of buttons she can press. But the town hall format is not an easy one. Undecided voters get to ask vetted questions. That’s an opportunity for the candidates to show off some empathy – hardly their strengths. But those exchanges could produce an unexpected moment played over and over until election day, for better or worse.”

If you’re heading to the movies, check out what my friend Barry Hertz says about The Birth of a Nation. Hint: It starts promisingly enough …

And how can you not read something that starts like this, from my colleague Kate Taylor in her review of The Girl on the Train: “That girl – or more properly, that woman – on the train is an embittered alcoholic who has crawled inside a vodka bottle to escape the memory of her failed marriage even as she stalks her adulterous ex-husband and his new wife.”

Or stay home and check out John Doyle’s look at what he calls the “sensationally good caustic new comedy Divorce. There’s also something about as Canadian as you can get: Ice Guardians, an “excellent, gorgeously made” documentary about NHL enforcers.

And if you want to see what you should be reading, check out Ivan Semeniuk’s review of Time Travel by James Gleick. It is, Ivan says, something that helps make great science writing timeless.

And Alex Bozikovic looks at two books that examine the legacy of Jane Jacobs: Eyes on the Street, a biography of the celebrated urbanist, and Vital Little Plans, a new collection of her writing.

Well, Monday’s Thanksgiving where I live.

But here’s a blast from the not-too-distant past: Euro zone finance ministers meet to talk about ... Greece.

Here’s hoping we’ll still be glued to baseball and the Blue Jays. But we’ve also got the start of the NHL regular season on Wednesday, with Toronto at Ottawa, St. Louis at Chicago, Calgary at Edmonton, and Los Angeles at San Jose.

Blue Rodeo is announcing a new album and tour this week, which ends with the Third Annual Psychedelic Psychotherapy Forum in Victoria.