Canada will be in the global spotlight later this week in Durban, South Africa, as it gears up for the 21st International AIDS Conference — but the glare won't be flattering.

The conference will hear that Canada's indigenous populations are experiencing sky-high HIV numbers — and the province of Saskatchewan alone has an infection rate comparable to countries in the developing world.

Saskatchewan's annual report for 2014, released late last year, found aboriginal people in the province continue to make up the majority of new cases.

In other words, for every 10 people diagnosed, seven were indigenous.

The number of aboriginals in Saskatchewan living with HIV is around twice the national average and the highest in Canada, said Dr. Denise Werker, the province's deputy chief medical health officer.

Even as the rest of the world educates its way towards health, the infection rates in Saskatchewan's indigenous communities — especially in rural areas — remain stubbornly high because of a lack of adequate services, said Dr. Stuart Skinner, an infectious disease specialist with the Regina Qu'Appelle Health Region.

Skinner links the problem to needles and drug use, as well as deep-seated mental health problems.

"A lot of that has to do with addictions and mental health services," he said. "Going more into treatment, a lot of those relate to residential school, trauma and poverty."

The Canadian Aboriginal AIDS Network says indigenous communities in rural Saskatchewan are experiencing rates among the highest in the world. The network produced a documentary that highlights some of those communities and how they are tackling the issues with culturally appropriate practices.

The film will be premiered later this week at the International Indigenous AIDS pre-conference on HIV and AIDS in Durban, South Africa, where speakers include federal Health Minister Jane Philpott and Dr. Luiz Loures, the deputy executive director of United Nations AIDS (UN AIDS).

"They're one of the biggest problems that we have as indigenous people," Stratton said.

"HIV-specific services and some of the complimentary therapies are just not therethe health systems in our communities are lagging way behind(they) are definitely not the same (as off reserve)."

Stratton, a member of the Mississaugas of the New Credit First Nation, Ont., was diagnosed with HIV in 1990 and has been an active participant of Canada's AIDS movement for more than 15 years.

"Saskatchewan seems to be the epicentre of Canada's HIV pandemic," he said.

Werker said there were 48 per cent more tests completed in the province in 2015 than in 2009. But there is still a lot more work needed to help provide proper treatment to First Nations.

"Indigenous people in Saskatchewan move on and off reserve so the challenge is the coordination of services," she said. "Persons in urban settings have better access to services thanon reserve in generalwe are trying to improve that situation."

Each community must have a willingness to accept that there may be an issue in relation to HIV and possible stigmas attached to that, Werker added.

"The stigma is not only related to HIV. There is stigma in terms of being indigenous in this province that we have to come to grips with and that is a slow and continuous process."

Jann Ticknor, the co-ordinator of Saskatchewan Indigenous Strategy on HIV and AIDS (SISHA), accuses the provincial government of lacking a clear vision to grapple with the on-reserve, off-reserve issue.

"The jurisdictional stuff is there. But that's for governments to figure out — not the people," said Ticknor.

Jordan's Principle is a policy intended to eradicate any bureaucratic issues between different levels of government when providing health care treatment for indigenous children.

Last week, Philpott announced in Manitoba the federal government would spend $382 million over three years to implement the principle.

When First Nations communities, Health Canada and the Province of Saskatchewan work together, it makes a huge difference, said Skinner.

"The biggest thing is access to care and access to testing," said Skinner. "If you don't have easy access to lab services or HIV testing, you can't get diagnosed."

The Canadian ‘Patient Zero’ that never was in the AIDS epidemic
March 8, 2016 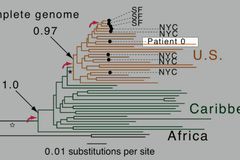 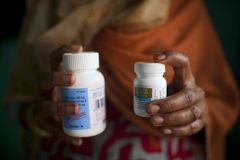