Shawn Atleo's surrender to the radicals in the aboriginal-rights movement will have a serious impact on much more than just the future of the Assembly of First Nations. The first casualty of his sudden resignation as national chief will likely be Bill C-33, the long-delayed legislation aimed at closing the shameful gap in educational achievement between aboriginals and non-aboriginals.

Another generation of aboriginal youth now risks becoming the collateral damage of a radical native politics in which too many First Nations leaders prefer a permanent state of grievance to making concrete gains, if the latter requires any compromise. This may play well on university campuses, where native academics and beneficiaries of modern education have cultivated indignation toward paternalistic Canadian governments. But it threatens to ruin the lives of the very people they should be fighting for.

Prof. Richards, who mined data from the 2011 Census and National Household Survey, reminded us of the grim statistics. Across Canada, barely four in 10 young First Nations adults who live on reserves have graduated from high school. Even among young aboriginals living off-reserve, the high-school dropout rate is three times that of non-aboriginals. The costs in unrealized human potential and lost opportunity are incalculable, for them and the country.

Nowhere is the situation as catastrophic as in Manitoba, where 70 per cent of young adults on reserves have not finished high school. Yet, Manitoba Grand Chief Derek Nepinak led the charge in decrying Mr. Atleo's efforts to reach a new deal with Ottawa on native education.

"The use of laws and policies to push outcomes on indigenous families and communities is part of an assimilation agenda that gave rise to the residential school and today's child-welfare system," Mr. Nepinak said after C-33 was tabled last month.

We can never erase the horrendous mistakes of the past. But nor can native leaders remain so fixated on them as to paralyze any attempt to move forward. C-33 would give First Nations more control over on-reserve schools, and far more resources to run them, than they have now. But because the legislation comes with strings attached, in the form of increased accountability, the most vocal group of native leaders want no part of it. They call it an "insult."

In their opposition to C-33, Mr. Atleo's critics have made the perfect the enemy of the good. The bill would significantly shrink the gap in per-student funding between federal on-reserve schools and their provincially-run off-reserve counterparts. It would improve the professionalism, and with it outcomes, of on-reserve education by setting standards no parent could object to. It would allow small native bands to delegate responsibility for education to a First Nations Education Authority modelled on a provincial school district, improving the quality of education without forcing native children to attend provincial schools.

The bill also allows for the integration of native languages and culture as central components of First Nations education – proof that "western education" is not incompatible with preserving native identity. It could even enhance it, as the native academics providing the intellectual thrust to Idle No More movement have themselves shown.

Many native leaders think C-33 leaves too much power in the hand of the federal minister of aboriginal affairs. The latter would appoint a majority of the members on a new Joint Council of Education to oversee the legislation and intervene in the case of failing schools.

Unlike what much of the Harper government does, however, C-33 has no agenda other than to extend to aboriginal youth the same educational opportunities non-aboriginals take for granted. But the Conservatives are paying the price for dismissing native concerns in other areas, notably regarding the environment and resource development, and ignoring the 2005 Kelowna Accord negotiated by ex-Liberal prime minister Paul Martin. That accord would also have reformed First Nations education for the better. Almost a decade later, nothing has been done. Native distrust toward the Harper government has been nearly total.

It took a leader with Mr. Atleo's temperament and commitment to real, if incremental, progress to look beyond the past. His personal mission to provide the next generation of aboriginal youth with something better than a second-class education allowed him to put his ego aside.

Unfortunately, there was (and remains) no room for incremental progress in the narrative of historic native grievance that First Nations leaders and federal New Democrats, who oppose C-33, seek to perpetuate. Native leaders broke with the AFN and promised a steamy summer of protest, even threatening to paralyze cross-border traffic. Mr. Nepinak called on Ottawa to individually consult each of country's more than 600 First Nations on C-33 before moving ahead, undermining the AFN's authority to negotiate on behalf of them.

Exhausted and crestfallen, Mr. Atleo resigned. Aboriginal Affairs Minister Bernard Valcourt put C-33 on hold until the AFN "clarifies its position." But with the AFN in disarray, its very existence in question, it is hard to see a path forward. Nothing short of utter capitulation on C-33 would seem to satisfy those who have made Idle No More a campus cause célèbre.

And another, bigger, generation of native youth stands to pay the price. 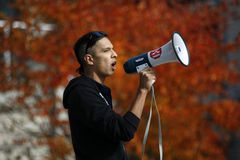 What lies ahead for aboriginals
June 5, 2017
On native education, Atleo retreats, Ottawa follows
May 12, 2018 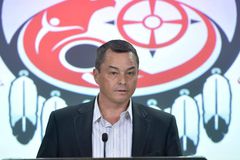 Opinion
Why the duty to consult may be harming aboriginal communities
April 9, 2018 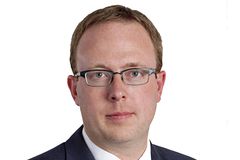