The bodies of the athletes at the 2014 Sochi Olympics are gorgeous. Shame about the teeth.

A shocking number of the world's top athletes – bodies honed to the level that would inspire Michelangelo – arrive at the Games with teeth practically falling out of their heads, or in some cases actually falling out. Blame high-energy drinks that can act like sandpaper on tooth enamel, chronic lack of dental attention (not all come from rich countries) or injuries that were never properly fixed. In some cases, excruciating dental pain hits right before a competition.

It happened in Sochi, and the Olympic dental system pioneered by Paul Piccininni, a Toronto dentist who is a member of the International Olympic Committee's medical commission group, came to the rescue.

"The other day, there was a male hockey player who had fractured a tooth in a competition six weeks ago," he said. "The fracture had been misdiagnosed. The athlete was swelling up. Just before the athlete's first competition, we cleaned him up, got him on antibiotics and he was off to the game."

Dr. Piccininni, 59, launched the forerunner to the Olympic dental program at the 1996 Atlanta Summer Games and has expanded and administered it since.

He's not the only Canadian who has turned the Games into a marvel of medical efficiency. Five of the 15 members of the IOC medical commission – composed of dentists, physiotherapists, pharmacists, anti-doping experts and physicians – are Canadian. Dr. Piccininni calls them Canada's Olympic "medical Mafia" and each has a résumé longer than a cross-country ski course.

One is Margo Mountjoy: a faculty member at McMaster University's medical school, a member of world swimming body FINA's sports medicine committee and a member of the World Anti-Doping Agency's therapeutic-use exemption committee.

Neither she nor Piccininni knows why Canadians make up one-third of the medical commission but consider the high ratio a vote of confidence. "We have done quality work [in this area] in Canada and have proven doctors," Dr. Mountjoy said.

The other three are IOC medical commission chairman Andrew Pipe of the University of Ottawa's Heart Institute and one of Canada's leading authorities on smoking cessation; Jane Moran, an emergency room and sports medicine physician in Victoria, who is the chair of the International Skating Union's medical commission; and Christiane Ayotte of Quebec, who is the head of WADA's lab and a global authority on illegal doping in sport.

The commission has set up programs to deal with virtually any medical or dental emergency, physiotherapy and pain-relief request, anti-doping procedure or medical screening exam at the Games.

Dr. Piccininni oversees 15 dentists and two dental technicians, all of them Russian, at four Olympic venues. Every hockey game has a dentist in the arena. Speed skaters sometimes fall and suffer dental injuries, too.

Increasingly, athletes of the non-skating variety are protecting themselves with mouth guards, which Dr. Piccinnini's Sochi dental technicians are happy to provide. (Canadian freestyle skier Alexandre Bilodeau, who won gold in the moguls competition on Feb. 10, wears a mouth guard because his knees operate like pistons, thrusting right up to his chin as he pounds over the bumps.)

Dr. Piccininni, who is something of a sports nut, got into the Olympic dental game through the National Basketball Association, which hired him to be director of athlete services. He formally launched the IOC dental program at the 1998 Nagano Winter Games with René Fasel, an IOC member and dentist who is also president of the International Ice Hockey Federation.

In 2000, Dr. Piccininni joined the IOC medical commission. Since then, he has been to every Olympics and seen a few horror stories.

At the Salt Lake City Games in 2002, a German hockey player went down to block a shot and took the puck in his face. He lost six teeth. That, combined with the jaw fracture and concussion, ended his hockey career. But the damage would have been worse had the Olympic dentists not been at the game.

In the London Summer Games two years ago, Kate Walsh, captain of the British field hockey team, took a severe blow to the jaw from a stick. "She had surgery that evening, had protective gear created for her, only missed one game, came back and helped to lead her team to a bronze medal," Dr. Piccininni said.

Dr. Mountjoy is a member of the commission's illness surveillance and research group, which, among other things, works to prevent recurring injuries and illnesses among Olympians. Her group is monitoring the injury of Russian ski cross racer Maria Komissarova, who fractured her spine in a training run at the Sochi Games. The idea is to see how this sort of extreme-sport injury would be prevented, or minimized, in the future.

Dr. Piccininni hasn't witnessed any dental disasters yet at Sochi. But he's seen a lot of rotten teeth. His advice to the hundreds of athletes who visit the Sochi medical clinics is the same you'll hear from your local dentist: Brush your teeth and go easy on the high-sugar drinks.

"We're seeing so many athletes coming here with mediocre dental health," he said.

Even athletes, after all, aren't perfect physical specimens.

With debate raging over ice dance results, Virtue and Moir rise above angst and anger
February 17, 2014 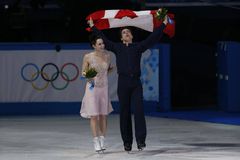 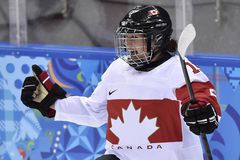 In Sochi, Canada’s Olympic bobsleds really are chariots of the gods
February 17, 2014 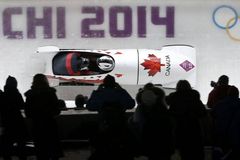 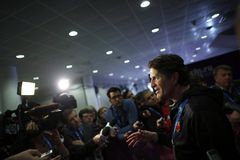 Joannie Rochette’s legacy can be seen everywhere in Sochi
February 17, 2014 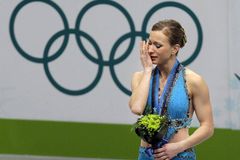