The air is thick with pot talk in Canadian political circles these days, but the rhetoric is so extreme – ranging from "pot kills" to "pot cures cancer" – that it's sometimes hard to get a grip on what needs to be done.

There are actually three distinct public-policy questions that need to be addressed:

Smoking is not healthy, regardless of what you smoke. But like other so-called recreational drugs, such as tobacco and alcohol, the risk is minimal with casual use. What matters is dose and frequency.

A lot of Canadians smoke pot – about one-in-three over the age of 15 – but the vast majority do so in moderation.

Marijuana is not addictive – in the common sense of the term, where stopping will cause withdrawal symptoms – but frequent users can become dependent, which is clearly not healthy. But there are a lot more alcoholics than there are stoners.

Public-health authorities need to be pragmatic – to focus on harm reduction. That means warning people about the risks of marijuana smoking and especially about related activities, like the dangers of driving a motor vehicle or operating heavy machinery while stoned.

As with tobacco and alcohol, particular attention needs to be paid to young people and their developing brains. Excessive drug use, including marijuana, can impact learning and, in rare instances, be a trigger for more serious mental illness.

What the public needs from health authorities is non-judgmental information, not Reefer Madness hysteria.

There is no question that, currently, marijuana use has a significant social and economic cost, most of it due to the crimininalization of cannabis.

Nearly 80,000 Canadians a year are charged with marijuana-related offences, most of them for simple possession. It costs about $500-million a year to enforce our archaic marijuana laws, money that could obviously be spent better elsewhere.

Having a criminal record is a lot worse for a person's health than smoking the occasional joint.

Talking openly about marijuana use – and misuse – would certainly be easier if possession of small quantities of the drug was no longer a criminal offence, or if its use was decriminalized altogether.

But would decriminalization/legalization incite more people to smoke marijuana? Perhaps, but the experience from other jurisdictions shows the increase would be marginal.

Examining the issue through a public-health lens, it is not logical to allow (and regulate and tax) the use of drugs like tobacco and alcohol, and not do so with a drug that is no more harmful. The penalties for possession/use of marijuana are clearly out of whack with social norms.

The thorniest public-policy issue is so-called "medical" marijuana. About 40,000 Canadians now have a permit to purchase and use medical marijuana. These "patients" smoke about four grams of pot a day, on average.

There is a lot of anecdote and zeal about treating conditions – from cataracts to epilepsy – with marijuana. But the harsh reality is there is not a lot of good scientific evidence that pot works systematically.

The active ingredient in marijuana, THC, has potential. But there is no other drug that is delivered by smoking. We don't have patients who need pain relief smoke opium. We deliver opiates in controlled amounts with pills and injections.

Of course, prescription drugs are not the be-all and end-all; they don't always work and they have side effects.

A lot of Canadians also use so-called natural health products. The evidence for their benefit is often scant.

The problem with "medical" marijuana is that is in a strange regulatory netherworld – it is neither a prescription drug nor a natural health product.

Rather, we have a regulatory regime that requires physicians to approve access to marijuana (they don't actually prescribe) and the patient then orders it from a licensed supplier. The physician is a gatekeeper and there is no intermediary like the pharmacist (or liquor store clerk) as there is with every other drug, prescription or otherwise.

Physicians should not be policing marijuana use, not any more than they police alcohol or tobacco use. To involve them gives marijuana a status it does not deserve.

Again, the obvious public-policy solution is decriminalization. Without the threat of legal action hanging over their heads, people could self-medicate with marijuana, just as they now do with Aspirin, St. John's wort and grandma's chicken soup.

Prohibition doesn't work, especially for a drug that is widely used and has broad public tolerance.

The marijuana policies we have in Canada are an asinine mishmash of repression and wishful thinking, and they need some serious revamping. 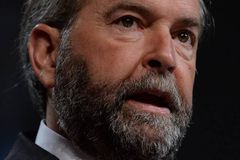 Opinion
From sugar to drugs, Harper has turned everything partisan
August 21, 2014 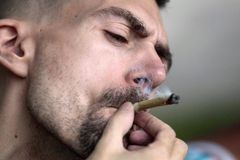 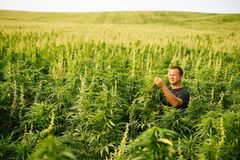 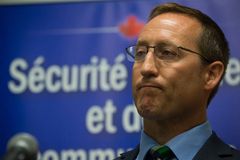