An Ontario Superior Court judge has given Ottawa one year to overhaul the laws governing solitary confinement after finding existing statutes unconstitutional during a landmark case launched by the Canadian Civil Liberties Association nearly three years ago.

The ruling gives the rights group a major victory on one component of its multipronged assault on the legality of solitary confinement – the lack of independent oversight – but falls short of the outright repeal of prolonged prisoner isolation that its lawyers had been asking for.

The CCLA will have 30 days to appeal aspects of the decision, something it is strongly considering.

"Independent oversight of the placement of prisoners in solitary confinement, and a recognition of the real harm caused by the practice are critical to bringing the rule of law into our prisons," said Jonathan Lisus, who argued the CCLA's case in court with Michael Rosenberg. "The court's decision is thorough and thoughtful and the CCLA is closely reviewing it."

Dan Brien, a spokesman for Public Safety Minister Ralph Goodale, did not offer Ottawa's interpretation, saying only that the government is "examining the decision closely." In its original application filed in January, 2015, the CCLA sought to have administrative segregation laws struck down and rewritten along five distinct lines.

The association launched the constitutional application just a month after The Globe and Mail began a long-term examination of solitary-confinement practices in the country, starting with an investigation into the 2010 death of Eddie Snowshoe in prison after 162 days in solitary confinement.

In the court case, lawyers for the CCLA argued for a 15-day limit on segregation placements, a prohibition on the isolation of mentally ill inmates, a rule barring prisoners aged 18 to 21 from solitary cells, a ban on segregation being used as a form of protective custody and an independent oversight system for all segregation decisions.

Under the current review system, prison wardens act as both the investigator and adjudicator. They are responsible both for the initial decision to place an inmate in solitary and the internal tribunal assembled five days later to study and adjudicate that decision. Justice Marrocco wrote that such an arbitrary and potentially biased form of oversight is unacceptable considering the severe deprivation of liberty and security – two protections guaranteed under section 7 of the Charter of Rights and Freedoms – that takes place when an inmate is sent to solitary.

"I am satisfied that the statutory review of the decision to segregate is procedurally unfair," he wrote, "and contrary to the principles of fundamental justice because the procedure chosen provides that the Institutional Head is the final decision maker for admission, maintenance and release from administrative segregation and is the final institutional decision-maker of required reviews and hearings which occur immediately after an inmate is segregated."

He didn't agree with the CCLA, however, that an independent reviewer must come from outside the Correctional Service of Canada (CSC), a caveat that disappointed some rights advocates.

"Given the culture of CSC, I do not believe that another person within CSC making the fifth-working-day decision whether or not to continue segregation will make any difference to prisoners' liberty rights," said Jennifer Metcalfe, executive director of Prisoners' Legal Services, a Vancouver-based legal aid clinic for prisoners.

Much of the rest of the CCLA's case rested on section 12 of the Charter, ensuring freedom from cruel and unusual punishment. On this front, Mr. Marrocco concurred with many of the CCLA submissions. Based on extensive expert testimony in the case, he wrote that "placing an inmate in administrative segregation imposes a psychological stress, quite capable of producing serious permanent observable negative mental health effects."

He further agreed that "the harmful effects of sensory deprivation caused by solitary confinement could occur as early as 48 hours after segregation."

But these harms do not meet the threshold of "cruel and unusual punishment," he found, largely because CSC staff closely monitor inmates for potential harms.

Mr. Rosenberg, the CCLA lawyer, said the admission of harm is still crucial.

"This is an important step towards addressing a system that has harmed vulnerable people for far too long," he said. "The court has recognized that decisions about solitary confinement are too dangerous to be left in the hands of jailers."

Justice Marrocco also sided with the CCLA in ruling that Canada does use solitary confinement as defined by the United Nations – isolation for "22 hours or more a day without meaningful human contact." Federal lawyers had debated the point, saying that Canadian prisons don't technically employ solitary confinement because a recent rule change allows inmates in segregation two hours a day outside of their cell plus a shower.

Together, the two cases have exposed the internal workings of a prison policy called administrative segregation to the public.

Administrative segregation is roughly analogous to solitary confinement, the controversial practice of isolating inmates in bathroom-sized cells for up to 23 hours a day with little meaningful human contact.

In June, the Liberal government introduced a bill proposing changes to the country's solitary-confinement regime. Government lawyers tried to derail both the CCLA and BCLA cases, saying the legislation would address key concerns raised in the lawsuits. Judges in both provinces tossed out those arguments, however, ruling that key issues in the lawsuits remained despite the proposed legislation.

A ruling in the B.C. case is expected within the next three months. 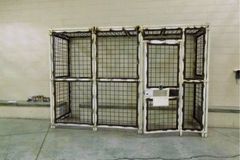 Prisons more dangerous for inmates as use of solitary confinement drops: Ombudsman
September 27, 2017 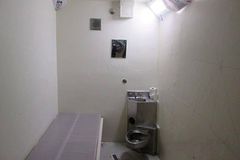