Retired Sgt. Toby Miller can easily remember the day he was injured by an improvised-explosive device in Afghanistan. It was April 2, 2011 – his 41st birthday, and the beginning of the end of his military career.

Miller returned to duty a short time later, but he knew something wasn't right. When a comrade noticed that he wasn't doing well and suggested he seek help, Miller decided that might be best.

"I went into that meeting and it was abundantly clear to the psychologist that I was probably in no shape to still be doing the job," Miller recalled during a recent phone interview from his home in Comox, B.C.

"I was eventually diagnosed with traumatic brain injuries. There are three dark spots on the left side of my brain that indicate some likely dead spots. And PTSD. I had nightmares for a long time. I still do."

Seeking help for PTSD and even leaving the military are hard enough for many service members, especially those who have never known anything else but life in the Canadian Armed Forces.

But Miller faced some unique challenges. That's because he was a member of the Canadian Special Operations Regiment, or CSOR, one of the country's elite special forces units.

Canada's special forces often operate in the shadows, meaning many of their deeds may go unnoticed and unrecognized this Remembrance Day.

But when the government unveiled its plan to combat suicide and improve the mental health of military personnel and veterans last month, it included four initiatives specifically aimed at the special forces.

It was a public acknowledgment that Canada's elite soldiers have different needs than the rest of the Armed Forces.

The Canadian military currently has only about 2,000 special forces personnel divided among six different units, including Joint Task Force 2, CSOR, and a unit that responds to biological, chemical and nuclear incidents.

The unique demands placed on that small community include continuous training; an emphasis on secrecy, even with family and friends; frequent deployments; and zero tolerance for failure.

"You've got this higher tempo, you've got this smaller team dynamic, and the sense of self-expectation is extremely high," said retired lieutenant-general Mike Day, a former commander of Canadian special forces.

"All of that combines to make it a pretty stressful environment."

The military has established an elaborate selection process to identify those who can handle the demands and stress of a career in the special forces, which includes psychological testing and other screening.

There is also already training to help special forces operators, as they are known, deal with potential stressors, and ready access to psychologists and other mental-health services.

But Brig.-Gen. Peter Dawe, deputy commander of Canada's special forces, acknowledged there was room for improvement, which is why the suicide prevention strategy included plans to study and improve resiliency.

"We have an obligation that before we send our people into harm's way, that we've given them the tools to process what they're seeing, what they're doing in that kind of a stress environment," he said in an interview.

The military also plans to take a closer look at the unique challenges that special forces members face when they leave the Forces – either by choice or because of medical conditions – to ensure there are no gaps.

For Miller, those challenges included the fact that he could not speak openly about his experiences as a special forces operator, even with other military personnel and family members.

"It took a very long time for my wife to get everything out of me, and she was in the military," he said. "So when you're trying to go to counselling with a group of soldiers, you can't just speak your mind."

Many of Canada's special forces soldiers have done multiple tours to Iraq over the past three years, and between that and various other lesser-known missions, they have been busier than ever.

That is part of the reason the government plans to add another 600 members to the command.

Dawe acknowledged his soldiers are being worked very hard, but he said commanders are monitoring their people closely. And the new initiatives included in the suicide prevention strategy should help make the special forces even stronger.

Chinese-Canadian veterans fought in secret WWII unit, helped changed laws
November 10, 2017
At Normandy, photographer Jack Ford was the Allies’ eye in the sky. Here’s what he saw on the ground
November 9, 2017 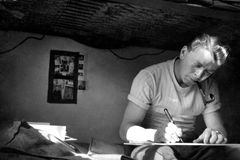 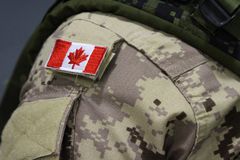