"It wasn't a typical Canadian kind of year, where if you don't like the weather out your front door, look out your back door," says David Phillips, Environment Canada's chief climatologist.

Phillips has just released his list of Canada's Top 10 weather stories of 2017. If there is a common theme, it's one of normal weather becoming abnormal simply by not changing.

For example, last spring the rain in British Columbia just wouldn't stop. That was immediately followed by the province's driest summer ever.

The result was the most disastrous fire season in B.C.'s history. Those fires, which forced 50,000 people from their homes, are Phillips's nod for top weather story of the year.

All across the country, weather patterns that would normally move on after a few days lasted and lasted.

A huge dome of hot temperatures sat over the Prairies for most of the summer. Calgary had its hottest May through August since 1881.

The central Canadian spring began with floods in Quebec and eastern Ontario after persistent rains saturated a snowpack only half melted. The Windsor area recorded two storms of the century in less than a year.

Ontarians are calling 2017 The Summer That Wasn't — a cool, damp season of unrelenting disappointment. The province had more warm days after the official start of autumn than before.

Newfoundland was hit by a slow-moving blizzard that ravaged the island with winds of 190 kilometres an hour. It yanked trees from the ground, toppled traffic lights and blew off roofs as if they were dust specks.

Every part of the country, in every season, saw weather patterns that just wouldn't quit, for good or ill. For an explanation, Phillips looks to the jet stream, a high-altitude, high-speed current of air that helps produce what we've come to call normal.

It usually flows west to east in a more or less straight line from Victoria to St. John's, Nfld., cold air to the north and warm to the south. Last summer, it looped north of Tuktoyaktuk, N.W.T., then south of the Great Lakes, before heading back up to the Maritimes.

The so-called "loopy" jet stream tends to produce weather patterns that get stuck.

Phillips, like most scientists, stops short of blaming 2017 on climate change. But if it were climate change, 2017 is what it would be like.

"People think with climate change, it's all about warm, warm warm. But what you get is a shift in weather patterns, where you can actually end up with opposite of what you might think."

After a 22-year career in weather, Phillips says things have truly changed.

"I remember when I started my career, you'd get one season that was interesting. Now, every one has something to write about.

"The weather is changed. It has a different character, a different personality to it in its duration and intensity." 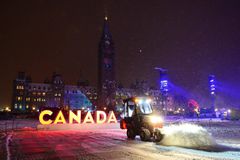 ‘Dicey’ weather across Canada throws holiday planning up in the air
December 20, 2017 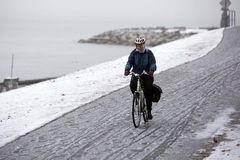