The Canadian army somehow lost three highly-sophisticated, precision-guided artillery shells on its ways out of Afghanistan in an embarrassing case that resulted in an almost two-year investigation.

Known as Excalibur rounds, the 155-millimetre high-explosive ammunition could not be accounted for among the mission close-out paperwork as the military withdrew from Kandahar in late 2011.

Newly released records, obtained by The Canadian Press under access to information legislation, show defence officials, at first, thought as many as five the global positioning system-guided shells had gone missing when soldiers tore down their forward operating bases. But that number was reduced to three when it was realized someone had filed paperwork twice.

The shells are not cheap. They come with a price tag of US $177,224 per round, but are accurate to within 20 metres even when fired from up to 40 kilometres away.

Both the country's overseas command and military police conducted extensive investigations, but never located the ammunition and defence officials requested last summer that the over $513,000 loss be written off the government's books.

The request was approved, the documents show.

What happened to the ammunition remains as much a mystery as when they were first discovered missing.

"Although theft is a possibility, given physical size and weight of the ammunition and the tight ammunition security measures that were in place in theatre, theft is highly unlikely," said a July 18, 2014 briefing to the country's joint operations commander.

The round weighs 48 kilograms and has metal fins that guide it to the target, making it awkward to handle.

Even still, the loss has international repercussions because the U.S. technology is governed by International Traffic in Arms Regulation (ITAR) and the awkward situation had to be reported to National Defence's Controlled Technology Access and Transfer (CTAT) office.

The strict control office regulations required that it be notified within 48 hours of a piece of technology going missing, but the army delayed reporting it for over 15 months, saying that given "the exiting protocols in place to fire an Excalibur round, it was a belief that this was a paperwork error only."

A spokeswoman for Defence Minister Rob Nicholson said thorough investigations are conducted whenever there is a loss of public property in order to ensure there are no future incidents.

"The security and protection of all its assets is a top priority for National Defence," she said in an email Sunday.

NDP defence critic Jack Harris described the loss of the ammunition as a "gross embarrassment," but was also disturbed by the delaying in reporting.

"It's embarrassing to have this happen with such expensive and controversial shells that need to be protected, but I think it's also potentially damaging to our relationship with the Americans," he said.

Someone at National Defence needs to account for the lapse, he said.

Investigators pored over five years of artillery supply and gun logs, but were never able to reconcile the three missing shells.

The possibility the ammunition could have been "lent but not properly accounted" to U.S. forces operating in the same area during 2009 was considered.

The documents show the master warrant officer in charge of the supply depot at Kandahar Airfield when he was approached by Americans who indicated they were getting set up in a new position, had spoken with Canadian commanders "and it was all right to give them three of those projectiles."

He refused the request, but wrote later, in an affidavit, that he learned from U.S. troops that they had received shells through their own supply chain. 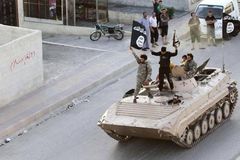 Canada will not dial down military mission in Iraq, Harper says
January 22, 2015 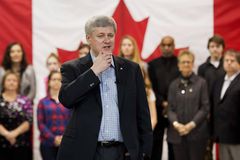 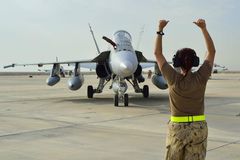 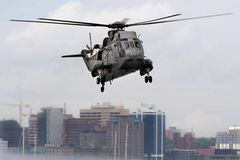 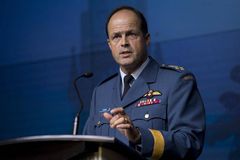