Astronomers are gearing up for some celestial fireworks when Earth hurtles through a curtain of space dust a million kilometres thick later this week.

Although predictions range widely, the result may be an exceptionally good meteor shower in the wee hours of May 24, just when Canada has a front-row seat.

"I'm hopeful this is going to be one for the top ten list," says Paul Wiegert, an astronomer at the University of Western Ontario.

Meteors, sometimes called shooting stars, appear as glowing specks of light that streak rapidly across the night sky. They are caused by small bits of interplanetary debris, from pea-size rocks to powder-size specks, that tear into the atmosphere, usually at speeds well above 50,000 kilometres per hour, and burn up while still high above Earth's surface.

A single meteor is a chance occurrence. Meteor showers – during which hundreds of meteors can be seen over the course of a night – are more predictable. They are linked to streams of particles that drift across Earth's path after they are blown off passing comets.

This shower is unusual because it's new to astronomers. It's the result of a little-known comet, called 209P/LINEAR, whose orbit was diverted in 2012 by a gravitational tug from Jupiter. While there's no imminent danger from the comet, the shift put us on a collision course with a swarm of dust that the comet spewed out a few centuries ago.

Exactly how much dust is an open question. Aided by number-crunching computers, astronomers have become adept at predicting the timing of meteor showers, but predicting their intensity is another matter.

Dr. Wiegert's forecast suggests this weekend's shower could yield as many as 200 meteors per hour when it peaks on Saturday morning between 2 a.m. and 4 a.m. Eastern time. That would make it at least as good as, if not better than, the well-known Perseid meteor shower, which occurs every year around August 11.

But it could also be a bust. Experts can't really say which, since this shower has never been seen before.

"This is one of the those times when the average person knows as much as any scientist on the planet," says William Cooke, lead scientist for NASA's Meteoroid Environment Office, based at the Mashall Space Flight Center in Huntsville, Ala.

Dr. Cooke will be hosting a web chat during the shower, starting at 11 p.m. Friday.

At the same time, Dr. Wiegert will be among about 20 Western researchers who are planning to record the shower from a site north of London, Ont.

Armed with an array of cameras, the group will also use radar to detect meteors. "So even if we happen to get clouds that night, the radar will observe [them]," he said.

Casual skywatchers hoping to do some meteor spotting of their own will do best in locations that offer a view of the entire sky but that are far from the glare of outdoor lights.

Observers are encouraged to dress warmly and find a way to observe in comfort. Deck chairs are ideal for this. The meteors could appear in any part of the sky but will seem to radiate from a spot toward the north associated with a constellation of dim stars called Camelopardalis, the giraffe, which is next to the more easily recognized Big Dipper. 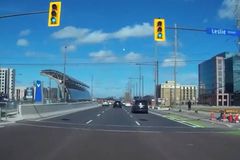 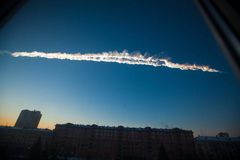