One of the cherished notions of Canadian multiculturalism is that the children of immigrants succeed economically in a way that makes them indistinguishable from other Canadians.

But since Canada opened up its immigration policy in the late 1960s, those children are much more likely to belong to a visible minority. Now that the eldest are in their 40s and have established themselves in the work force, it's evident that Canadian-born visible minorities (and those who came to Canada as young children) earn less than their similarly qualified white counterparts.

Why? Economists say part of it may be that the networks they inherit from their parents are less likely to lead to high-paying jobs. Part of it may be straightforward discrimination.

The children of visible minority immigrant parents go to university at much higher rates than the rest of the population. But compare their earnings to those of their Canadian-born white colleagues, and inequalities become apparent.

A Canadian-born visible minority man earns about 18 per cent less than a Canadian-born white man with similar education and experience, according to Simon Fraser University economist Krishna Pendakur. For women, the wage gap is 3 per cent.

"I don't know whether they feel hard done by, but they should," Prof. Pendakur said. "The fact is, we face a labour market in which the prizes of good jobs that pay a lot of money are not equally accessible by white and visible minorities and we've got a ways to go."

His research suggests the wage gap has actually increased from 1970 to the present, which is at odds with the Canadian self-image of a society growing more comfortable with diversity.

"My instinct would have been to count on time to do the job for us. Let Canadian society evolve on its own and it'll get steadily more diverse and everything will work out. That's not what's going on," Prof. Pendakur said.

Patrick Grady of Global Economics Ltd., author of a recent paper on the subject, described the performance of the children of recent immigrants as "the big question" for Canada's future.

"There seems to be a large visible minority discount being built in [to the market] I think that's going to cause future social tension," Mr. Grady said.

"You wouldn't expect to find that visible minority immigrants who have the same levels of education as Canadians from the same [schools]would suffer such a discount."

Rakhi Henderson, a 42-year-old senior brand manager at ING Direct, came to Canada as a four-year-old. She remembers her father, a geologist from India, complaining about the wage gap and being passed over for job opportunities. Her situation is far different from his, she said, but at times in her career, white colleagues with similar qualifications have earned more than she did, and a few promotions have inexplicably eluded her.

"There were people in my career that I saw rising very quickly without [additional qualifications] whereas I was left behind … Mainly older white people," she said.

"You never know what it is, but there were opportunities where I just went, Hmmm."

She has since found her niche, earning a salary close to six figures with an employer whose work force is 50 per cent visible minority. "I'm treated very fairly here," she said.

There are important differences between visible minority groups. A study by Waterloo economist Mikal Skuterud found a wage gap of only 8 per cent for Chinese Canadians whose parents were immigrants. For South Asians of the same generation, the gap was roughly 13 per cent, and for blacks it was about 19 per cent.

There are also differences across regions, according a study by Prof. Pendakur and his brother, sociologist Ravi Pendakur. Results in Montreal, where the gap for men is about 30 per cent, are much worse than in Toronto, where it's under 15 per cent, and Vancouver, where it's less than 10 per cent.

In the public sector, where employment equity law applies, a StatsCan study found the wage gap for men was only 3 per cent - about four times smaller than its findings for the private sector.

Prof. Skuterud said it's hard to know the implications of the earnings data for public policy. If what matters is how the children of visible minority immigrants are doing on average, the results are very positive. But for the individual who sees his or her white university classmate earning more, the wage gap could well seem an injustice. Prof. Skuterud's research shows the earnings gap diminishes for specific groups with subsequent generations, but doesn't disappear.

Prof. Pendakur said that, as an economist, he's loath to suggest government intervention in the labour market, but extending employment equity laws to the private sector might be necessary. He cites a recent study by economist Philip Oreopoulos that found that job applicants with English-sounding names were 40-per-cent more likely to get an interview than those with identical résumés and an Indian or Chinese name.

"The magnitude of the differential seems to be increasing, not decreasing. That suggests we need to take a step up and take a more active public role in the private sector," he said. 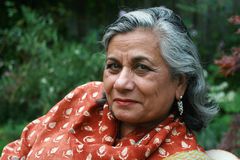 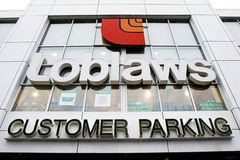 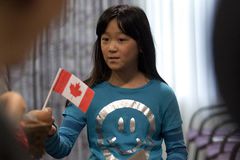 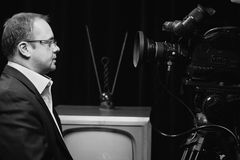 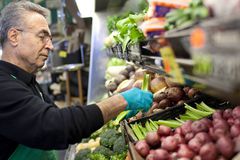