A Montrealer who is a Canadian citizen by birth says she was barred from entering the United States and told to get a valid visa if she ever wants to cross the border.

Manpreet Kooner said she was turned away at a crossing along the Quebec-Vermont border on Sunday after a six-hour wait where she was fingerprinted, photographed and questioned before being refused.

She said she was told she was an immigrant without a valid U.S. visa.

Kooner, 30, is of Indian descent and was born in Montreal to parents who came to Canada from India in the 1960s and have lived in the same LaSalle district duplex for decades.

There have been several reports of Canadians encountering issues at the U.S. border, including a Canadian Muslim woman from Quebec who believes she was denied entry because of her religion.

Kooner said she's perplexed given she was travelling on a Canadian passport and has no criminal record.

The only issue she had was a computer glitch that prevented her from crossing into New York State for 24 hours in December.

Kooner didn't think much of that snafu until Sunday when she was stopped at Highgate Springs as she was travelling with two white girlfriends.

Her friends were not questioned but she was asked about the December incident.

"At the end of it, they told me I was not allowed going in and that I would need a visa if I ever went in the States again," Kooner said.

Kooner claims the border agent told her, "I know you might feel like you're being Trumped," in reference to U.S. President Donald Trump – a statement she found odd.

A U.S. Customs and Border Protection spokeswoman said Monday the department can't comment on individual admissibility inspections, but noted that possession of a valid travel document does not guarantee entry to the United States.

Asked how she feels, Kooner said, "Just so bad, I feel like I've done something wrong, like I'm a criminal or something, but I'm not."

Kooner went to the U.S. Embassy in Ottawa, as suggested at the border, and was told the situation was "odd" and that a visa isn't necessary for Canadians.

"Maybe there is no valid reason, maybe this is something that I can't shake because I'm born like this," Kooner said of her skin colour.

Her travel plans are up in the air: Kooner is supposed to go to a U.S. music festival at the end of March and her bachelorette in Miami in May.

"I've never had issues before, that's the part that kills me," Kooner said. "Now I'm just debating whether I should cancel."

Her experience came up in the House of Commons on Monday as the NDP peppered the Liberals with questions about her case and about allegations of racial profiling against Canadians at the border.

"We are talking about a Canadian citizen, born in Canada, illegally turned back at the U.S. border, and we want a prime minister who knows how to stand up," NDP Leader Tom Mulcair told Prime Minister Justin Trudeau during question period.

Public Safety Minister Ralph Goodale said each country has the sovereign right to control its own borders.

"We also have the high expectation that all of our citizens will be treated respectfully and in a fair manner," Goodale told reporters.

Montreal-area MP Anju Dhillon is looking into the Kooner case to help remedy the situation. 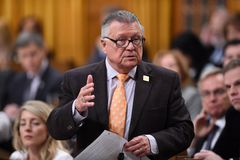 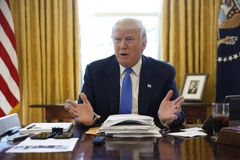