As a neurosurgeon at Toronto's Sick Kids hospital, Peter Dirks routinely confronts a devastating type of brain tumour that is the No. 1 cause of cancer-related death in children.

As a scientist, he has longed to find new approaches to attacking such tumours, and especially to stop them from reappearing after surgery. Now, Dr. Dirks is set to take a big step in that direction with the announcement Thursday that he will lead a "dream team" of researchers in an $11.7-million effort to leverage the emerging science of cancer stem cells in the ongoing battle against brain tumours in children and adults.

Supported by the Canadian arm of Stand Up To Cancer, a charitable organization, together with Genome Canada and other federal and provincial partners, the project will allow researchers to explore the mechanisms underlying tumour growth and match their findings with candidate drugs that may halt the process.

"We're going to try to understand the molecular changes in these tumours at a level that's never been done before," Dr. Dirks said.

At the heart of the project is a scientific hypothesis that has been gaining attention from brain-cancer researchers – that tumour growth is driven by a small population of special cells which behave like stem cells in normal developing tissue.

Stem cells are unspecialized cells that the body relies on to generate a range of other cell types for growth and repair. In the brain, stem cells are thought to play a critical role in supporting memory, among other functions.

The cancer stem-cell hypothesis suggests that, over time, stem cells can accumulate a series of deleterious genetic changes that turn them into tumour-promoting cells. If so, it would explain why brain cancer can return after a tumour is removed. As long as a few cancerous stem cells are able to evade the scalpel or other forms of therapy, the tumour can regenerate itself. That implies a therapy that is specially tailored to eradicate those cells could take down the cancer entirely.

The project will rely on techniques Dr. Dirks and others have developed for finding and isolating cancer stem cells. Dr. Dirks, who is an associate professor at the University of Toronto, was the first to identify cancer stem cells in brain tumours in 2003.

His co-leader in the effort will be Sam Weiss of the University of Calgary, a Canada Gairdner award-winning scientist who in 1992 discovered neural stem cells in the brains of adult mammals. Dr. Weiss said his lab is now entirely focused on the stem-cell cancer link.

"The question is, how do we apply what we know about normal neural stem cells and get a deeper understanding of abnormal stem cells [in brain tumours]? That's what this grant will really allow us to do," Dr. Weiss said.

It's particularly fitting that the initiative will be based in Toronto, those involved say, because the city is well known for its legacy of stem-cell science. James Till and Ernest McCulloch of the Ontario Cancer Institute in Toronto first proved the existence of blood stem cells in the 1960s and their techniques laid the foundation for current research in the field. In the 1990s, John Dick of Toronto's University Health Network was the first to identify cancer stem cells.

The new project, which brings together a diverse group of experts to focus on a particular avenue of cancer research, is the 19th dream-team project launched by Stand Up To Cancer since 2008, and the second in Canada. The team's funding includes $1.2-million to support clinical trials in Ontario.

"I think this is coming at the right time, and actually the right place," said Siddhartha Mitra, a senior research scientist who specializes in stem cells and cancer at Stanford University in California and is not involved in the project. Speaking of Dr. Dirks and Dr. Weiss, he added, "They've been among the pioneers" in pursuing the stem-cell cancer hypotheses.

Dr. Dirks said the team would also be working with the Structural Genomics Consortium, a public-private partnership based in Toronto and Oxford, U.K., which is aimed at accelerating drug discovery. "This is giving us a conduit into being able to engage with pharmaceutical companies to realize discoveries for patients," he said.

Relative to other cancers, the brain tumours the team will focus on, known as glioblastomas, are particularly prevalent in children and younger adults in the prime of life. Last year, 46-year-old Beau Biden, son of U.S. vice-president Joe Biden, died of glioblastoma, which reoccured two years after surgery.

Alan Bernstein, president of the Canadian Institute for Advanced Research and co-chair of Stand Up to Cancer Canada's scientific advisory committee, said that the project could lead to an important test of the cancer stem-cell hypothesis and that success in targeting brain-cancer stem cells would have far-reaching implications.

"It would be a huge advance," he said, "not just for glioblastoma in children, but the whole cancer field in terms of opening up this strategy."

Editor's note: In a previous version of this article, the Ontario Cancer Institute was misidentified as the Ontario Institute for Cancer Research. In addition, Alan Bernstein was incorrectly called co-chair of Stand Up to Cancer Canada. In fact, he is co-chair of its scientific advisory commmittee. This story has also been updated to clarify the contributions of James Till and Ernest McCulloch to the science of stem cells. 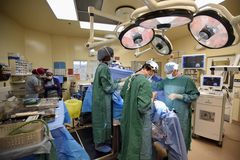 Brazil’s cancer mystery: What a rare genetic mutation can teach us about the disease
November 29, 2015 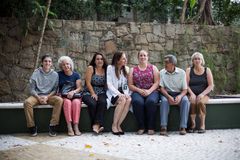 Opinion
Gene editing: where medical dreams and ethical nightmares collide
December 8, 2015
Follow Ivan Semeniuk on Twitter @ivansemeniuk
Report an error Editorial code of conduct
Due to technical reasons, we have temporarily removed commenting from our articles. We hope to have this fixed soon. Thank you for your patience. If you are looking to give feedback on our new site, please send it along to feedback@globeandmail.com. If you want to write a letter to the editor, please forward to letters@globeandmail.com.
Comments