Violent Canadian extremists are more likely to be citizens than immigrants, according to a "secret" study by the federal intelligence service. And these radicals tend to be relatively young and well-integrated members of society.

These findings appear in "A Study of Radicalization: The Making of Islamist Extremists in Canada Today," a 21-page study released to The Globe and Mail under the Access to Information Act.

The Canadian Security Intelligence Service study is released as global concerns about terrorists from Canada are growing.

The Prime Minister of Algeria this month said two unnamed Canadians were among the al-Qaeda-aligned guerrillas who took hostage oil workers from the West, before the four-day standoff ended in dozens of deaths. Canadian officials are on the ground in Algeria investigating the claims, but have reached no conclusions.

In Ottawa, CSIS analysts are tasked with a putting together a big-picture view of the trends that lead to terrorism.

The path to violent zealotry is ultimately a "idiosyncratic, individual process," the study says. The precise reasons why people want to become terrorists defy explanation, but the CSIS analysis does offer some observations.

The 2011 radicalization study looks at data involving the small pool of known radicals who have resided in Canada. (The overall numbers, and much other crucial data, have been redacted by government censors as supposed state secrets to protect national security.)

The studied population does include the 24 people who have been charged to date with offences under Canada's Anti-Terrorism Act, which Parliament passed in 2001. Significantly, 75 per cent of these individuals are Canadian citizens.

This is important because, before and during the Sept. 11, 2001 attacks, adherents to terrorist causes in the West were mostly seen as immigrants who had imported their ideology from abroad. This view led to a variety of policy measures aimed at enhancing border security.

Yet Canadian-born radicals now "represent a plurality" of those identified as violent extremists. In fact, none of the radicals studied by CSIS were "assessed to be poorly integrated into Canadian society." It adds that "the low incidence of refugee claimants would suggest that immigration trauma is not a significant driver for radicalization in Canada."

Economic and relationship statuses were non-factors in terms of just who might gravitate toward terrorism. Some of the radicals who were studied were married; others weren't. A quarter of the individuals arrested for terrorism offences had professional jobs. Some had university educations. Youth, however, remains a common thread. "That data appears to match what has been claimed in the literature: i.e. that radicalization and terrorism is largely a young person's game, (18-35)," the study says.

CSIS's most recent annual report alluded to the study "The Making of Islamist Extremists in Canada Today." Agency director Richard Fadden highlighted it as "important" work.

Taken together, these studies speak to recurring if highly generalized government concerns about the so-called "homegrown" threat that has vexed Canadian security agencies for the better part of a decade.

In this period, 18 people were charged in Toronto for being part of a terrorist group, 11 of whom were ultimately convicted – including a 20-year-old ringleader who hoped to detonate a massive bomb in Canada's largest city.

In Ottawa and Montreal, two Canadian men have been convicted in separate trials for abetting terrorist conspiracies abroad. Three more Ottawa men are to go on trial this year for an alleged bomb-building conspiracy. A Toronto man is to go on trial next month for allegedly attempting to join al-Shabab terrorists in Somalia.

As these 24 individuals were charged with crimes, dozens of others suspected radicals have left Canada in hopes of joining conspiracies in other countries, according to CSIS. "The search for patterns and trends on radicalisation remains elusive," the intelligence agency says in the conclusion to its 2011 study. 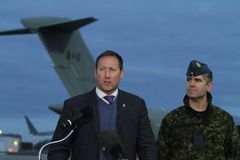