They all belong to an exclusive group of "great men" who "have challenged the status quo and dared to dream," according to a 10-minute YouTube video highlighting Mr. Nygard's belief he's living proof that human immortality is possible through stem-cell science.

Born in Finland and raised in Manitoba, the 70-year-old founder of the Nygard fashion empire is ranked 85th on a list of richest Canadians compiled by Canadian Business with a net worth of $944-million. But in recent years he has turned his focus away from running the business and toward searching for everlasting life.

While his efforts clearly loom large in his own mind, proponents of stem-cell research says his goals detract from the serious life-saving work many of them perform.

"Immortality is not something we have in our mission statement," said Kathy Hebert, co-founder of the International Stem Cell Society, a Bahamas-based trade organization that recently made local headlines for hosting a conference attended by Mr. Nygard. "Just to put it on the record, he had absolutely nothing to do with the conference. He walked in during the middle. He just showed up and left. He didn't ask questions or anything."

Mr. Nygard's presence around anything related to stem cells is cause for controversy in the country. He has said he wants to make the Bahamas a worldwide centre for stem-cell research and claims in the video that he helped draft the country's legislation to legalize the controversial somatic-cell nuclear transfer method of stem-cell therapy, a claim the government denies.

Boasts about his personal transformation are no less provocative. He has poured his money and his DNA into an effort to reproduce his own embryonic stem cells in a lab. He has been taking stem-cell injections four times a year.

"This is huge. This is a game-changer. This could eliminate all disease. This is perhaps immortality," he said in the video.

The line of research, somatic-cell nuclear transfer, or SCNT, avoids some of the religious and ethical concerns of most embryonic stem-cell research because it doesn't require a pregnancy to harvest cells. But the method remains hugely controversial and illegal in much of the world, because it's considered a form of cloning.

That hasn't stopped Mr. Nygard. "I maybe be the only person in the world who has my own embryonic stem cells growing in a petri dish," he adds, before the video cuts to a series of scenes showing him dancing with models, playing volleyball and jet-setting around the world – all underscoring his youthful verve and what the Encyclopedia of Manitoba has termed his "hedonistic celebrity." He also flexes his ample biceps and shows off six-pack abdominals developed since he started stem-cell therapy.

"I'm a living testimonial that this really works," he said.

It may, but most serious stem-cell advocates in North America are more focused on the less contentious use of adult stem cells, and the more altruistic aims of healing spinal injuries, curing cardiovascular ailments and mending war-zone injuries.

"If you're talking about generating sustained public support, I don't think that talking about the fountain of youth and immortality is the way to go," said Mary Ann Chirba, a professor at the Boston College Law School who specializes in public health issues and spoke at the stem-cell conference Mr. Nygard attended last week. "Public figures who aspire to that are often seen as kind of nuts. The work is not to help people live forever, it's to help people who want to walk." 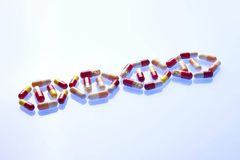 For type 1 diabetics, stem cells may offer a future without injections
December 19, 2013 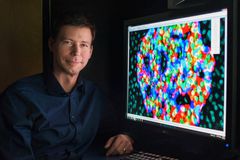 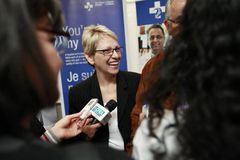