As the Greenpeace ship Arctic Sunrise approached a Russian oil rig two months ago, Paul Ruzycki envisioned he and his fellow activists would be allowed to quickly hoist their banner calling for an end to the exploitation of the Arctic before being forced to leave.

After all, that's what happened a year earlier when another Greenpeace ship targeted the same oil platform in the frigid Pechora Sea.

Now, after 58 gruelling days in detention – and still facing a charge of "hooliganism" and the possibility of a seven-year jail term – Mr. Ruzycki realizes he and the other activists had underestimated the determination of the Russian government not to allow any interference with its plans to extract oil and gas from its frozen north.

"I thought they would probably wait us out and watch Greenpeace do their banner hang," the Port Colborne, Ont., native said in his first interview since being freed on bail Friday by a St. Petersburg court.

Instead, balaclava-clad Russian commandos carrying automatic weapons intercepted the activists, and towed the Arctic Sunrise to the northern port of Murmansk. The so-called "Arctic 30" – 28 activists and two journalists – were then brought before a judge who ordered they be held for two months while charges including piracy were investigated.

Russian environmentalists say the tough treatment of the Greenpeace activists is intended to deliver the message that the country's plans to develop the north are not up for international debate. "Arctic exploration [for oil and gas] has become kind of a national idea for Russia," said Anna Kireeva, spokeswoman for Bellona, a Murmansk-based environmental group. "Nobody counts how much it costs, no one takes into account the environment. It's just 'we will explore the Arctic because we want to.'"

All but one of the Arctic 30 have now been released on bail, though they have been told they can't leave St. Petersburg while they await trial. Alexandre Paul, a 36-year-old Montrealer, is among the activists released after bail of two million rubles (about $64,000) each was posted by Greenpeace.

The 48-year-old Mr. Ruzycki says that for most of his detention, he was kept 23 hours a day in a cell with a Russian inmate with whom he could only communicate via a Russian-English dictionary that his family sent to him via the Canadian Embassy in Moscow. The prisoners were allowed a one-hour walk each day in another part of the detention centre.

He describes the conditions in the Murmansk jail as "grim" but says he has no complaints about how he was treated – other than the food, which he tried his best to avoid, losing "four or five kilos" as a result.

Mr. Ruzycki was allowed a weekly meeting with his lawyer, and a single phone call home to Canada. He says he saw the other Greenpeace activists only when they were being collectively taken to court hearings or, eventually, aboard a prisoner train that 10 days ago moved the 30 of them from Murmansk to St. Petersburg. "They made a point of keeping us isolated from each other. We weren't allowed to communicate," Mr. Ruzycki said.

But he did hear from his lawyer about the international effort to free the Arctic 30, a campaign he believes played a role in getting him out on bail and one he hopes might now convince the Russian authorities to drop the charges completely.

"I sure hope they will drop the charges and realize they're so absurd. Greenpeace, we're not pirates and we're not hooligans. We're being jailed for non-violent protest, and our ideals."

So far, however, Russia looks unwilling to bend in its showdown with the activists. On Saturday, a top Kremlin official said the country would ignore a ruling by the Hamburg-based International Tribunal on the Law for the Sea ordering Russia to release the Dutch-flagged Arctic Sunrise, which is still in Murmansk.

Mr. Ruzycki says he's prepared to go back to jail if it comes to that. "I have to be. I'm here under bail, I can't leave the country. I'll wait my turn with the rest of the Greenpeace people here." 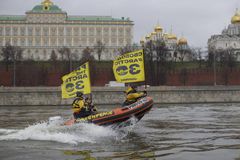 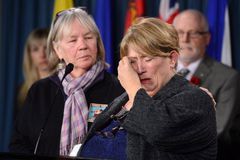 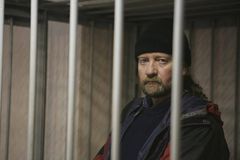