Four foreigners, including two Canadians, pleaded guilty ‎in a Malaysian court on Friday to obscene behaviour after they were arrested for stripping naked at the top of a mountain locals considered sacred.

The May 30 incident at Mount Kinabalu, in the Malaysian state of Sabah, had created an international furor.

The four Westerners were each sentenced to a fine equivalent to $1,640 and three‎ days in jail but were immediately released for time already served, said a Sabah state cabinet minister. “The mountain strippers walked out free as the jail sentence was backdated to the date of their arrest,” Sabah Tourism, Culture and Environment Minister Masidi Manjun said on his Twitter account. 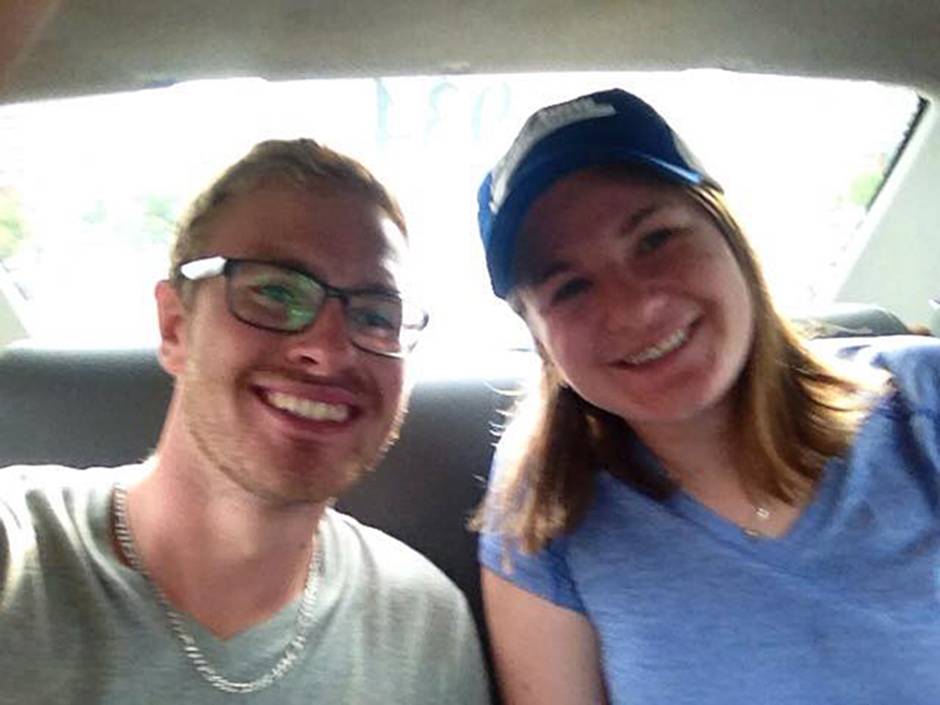 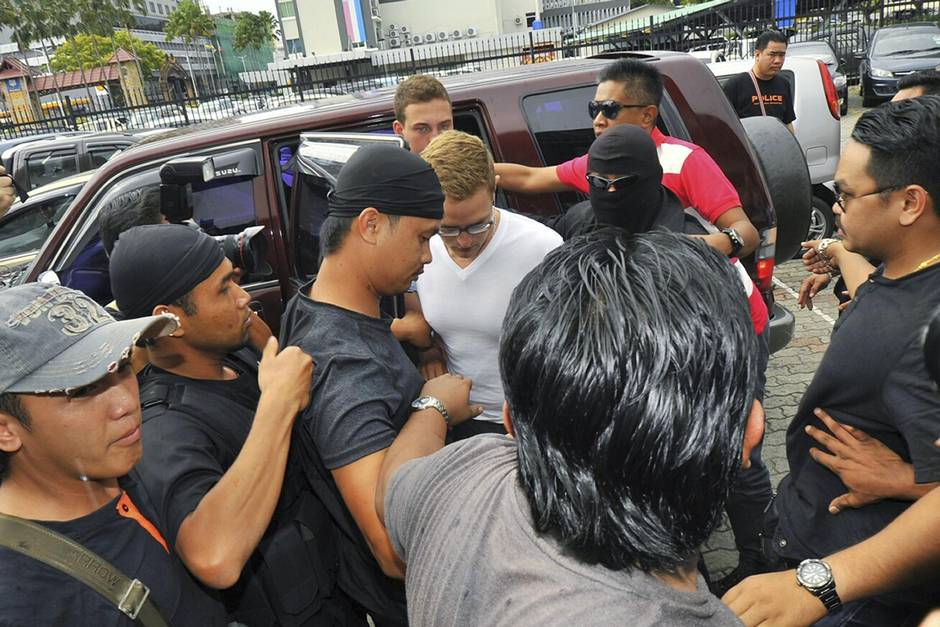 Dutch national Dylan Snel (middle, in white shirt) is escorted by police as he arrives at court in Kota Kinabalu, in eastern Sabah state on Borneo island, on June 12. (Syaradjk Babuca/Associated Press) 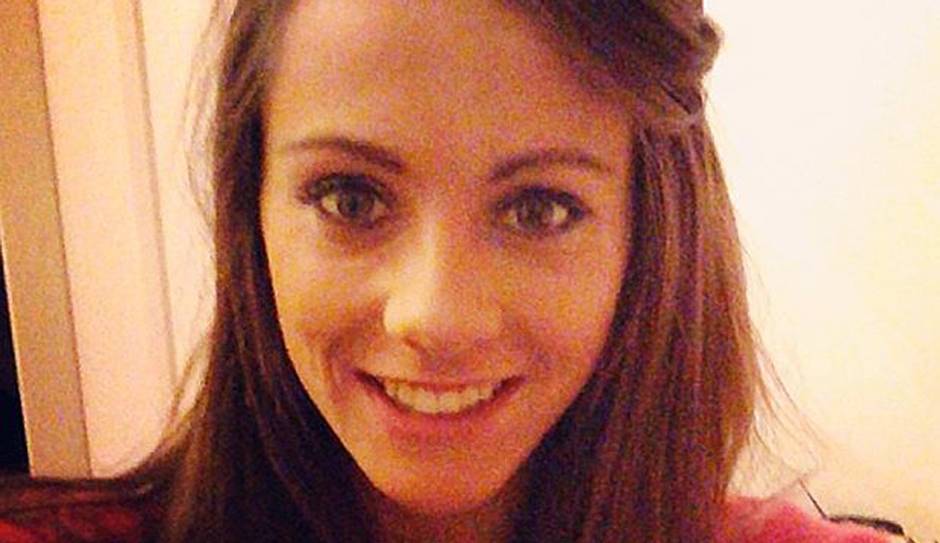 Their day in court

Video shot by Malaysian media showed that the four appeared in court in civilian clothes rather than the purple lockup uniforms they had to wear at their first appearance Wednesday.

The four kept their heads bowed down, the two women handcuffed together and shielding their faces with their free hands. Guards held them by the shoulders to guide them through the hallways.

They had been charged under Section 294(a) of the Malaysian Penal Code, which makes someone who “does any obscene act in any public place” liable to a maximum sentence of three months in prison.

What did they do?

The four were allegedly part of a larger group who broke away from guides on a trip to Mount Kinabalu and posed naked. The incident occurred just days before an earthquake killed 18 climbers on the mountain.

The Malay Mail said the court was told the group of 10 had challenged each other to see who could remain naked the longest in the cold. They ignored a plea by their mountain guide not to strip, it said. 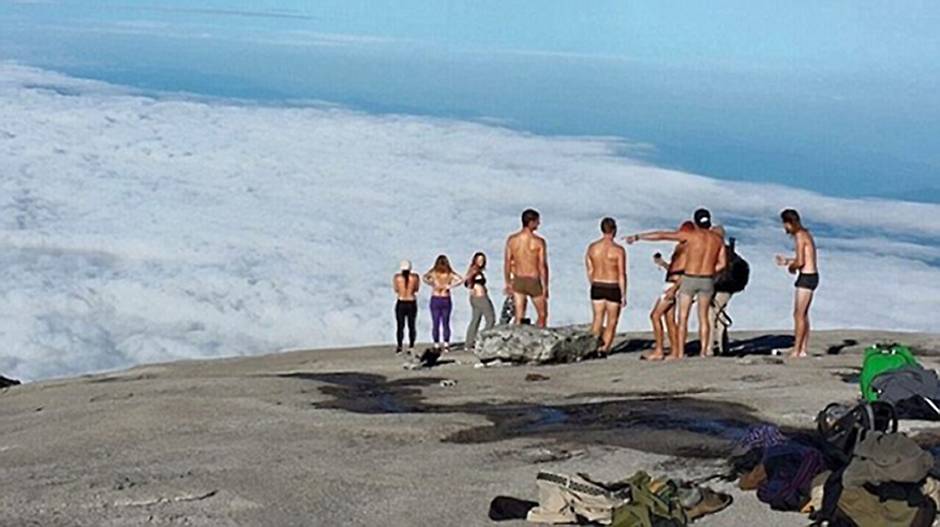 A group of hikers, including two Canadians, pose for a nude photo on Mount Kinabalu in this picture posted to the Kinabalu Park Facebook page.

Why was that illegal?

The case has stirred controversy in the southeast Asian country, where many residents believe Mount Kinabalu holds the spirits of their ancestors. Sabah Deputy Chief Minister Joseph Pairin Kitingan has blamed the tragedy on the foreigners for showing “disrespect to the sacred mountain” by posing naked at the peak. He has said a special ritual will be conducted to “appease the mountain spirit.”

Prosecutor Jamil Aripin agreed that there was no link between the earthquake and their act but said it had outraged the local community, The Malay Mail reported.

The Malay Mail quoted defence lawyer Ronny Cham as saying the four were young people whose generation was accorded more freedom and liberties. He said they had suffered enough trauma and that extensive international news coverage of the incident has served as deterrent for others.

Police in Malaysia are looking for six other foreigners who are wanted for public indecency, a police officer involved in the case told the Guardian on Friday. A police source said border guards had been informed and were hoping to catch the others at airports.

With reports from Associated Press and The Canadian Press