Montreal academic Homa Hoodfar returned to Canada and into the arms of well-wishers on Thursday, exhausted but elated after enduring more than 110 days locked up in Iran's infamous Evin prison.

Beaming as she entered the arrivals lounge at Montreal's Trudeau Airport, the 65-year-old anthropologist said she believed she was truly free from Iranian captivity only when she set foot on a plane. Canada worked behind the scenes to secure her release, and she was liberated on Monday and flew to Oman.

Her release is seen as opening a path to the possible re-establishment of diplomatic ties between Canada and Iran, severed in 2012 under the Conservative government of Stephen Harper.

"This was the No. 1 issue preventing a restoration of relations," said Nader Hashemi, director of the Center for Middle East Studies at the University of Denver. "There was no way Canada could restore relations with Iran while Homa Hoodfar was still in prison."

Her case also highlighted Iranian authorities' harsh treatment of nationals who have multiple passports. Prof. Hoodfar holds Canadian, Irish and Iranian citizenship. She was in Iran to visit family and research the history of women's participation in Iran's elections, and was involved in an international feminist network called Women Living Under Muslim Laws.

After her arrest, media in Iran reported she was charged with fomenting a feminist "soft revolution" against the Islamic Republic.

Prof. Hoodfar, who is retired from Concordia University but still supervises graduate students, thanked Canadian and Omani officials for helping secure her release.

"It's wonderful to be home and be united with family and friends again," she said. "I've had a bitter seven months, and the detention has really left me weak and tired."

Prof. Hoodfar would not discuss the conditions of her incarceration. However, she said the hardest part was not being able to communicate with her lawyer and her loved ones, knowing they were worried about her.

Amnesty International says Prof. Hoodfar was kept in solitary confinement in a part of Evin prison under the control of Iran's powerful Revolutionary Guards. Her family reported last month she had been hospitalized after a serious decline in her health.

"While this is a time for celebration, it is vital to remember that Prof. Hoodfar should never have been imprisoned in the first place, and women's rights activists in Iran continue to have the threat of prison hanging over their head for challenging state-sanctioned discrimination," the group's Canadian secretary-general, Alex Neve, said this week.

Some of Prof. Hoodfar's colleagues at Concordia admitted they feared at times they would never see her alive again. Montreal photographer Zahra Kazemi, a Canadian-Iranian citizen, died in Evin prison in 2003.

Concordia professor Theresa Bianco, who was at the airport to greet Prof. Hoodfar, said a public campaign by students and faculty at Concordia and professors across Canada undoubtedly helped her colleague. And while it was not readily apparent, she said, she believes Canada was pressing her case all along through back-channel diplomacy.

"Within the Concordia community, it felt like not enough was being done, because we weren't aware of anything, said Prof. Bianco, a member of Concordia's faculty association. "But the results today indicate that in fact, there was a lot going on. There was backdoor diplomacy taking place."

Prof. Hoodfar flew to Iran on Feb. 11 and was detained the next month as she was preparing to return to Canada. She was released on bail under house arrest, and imprisoned on June 6.

Prof. Hoodfar said she would pursue her research despite her ordeal, but was not prepared to return to Iran, the country of her birth, any time soon.

"It's wonderful to feel you are in a place [where] you feel secure and you can see friends." 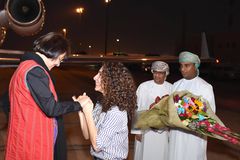 Opinion
The world must step up for Homa Hoodfar
September 14, 2016 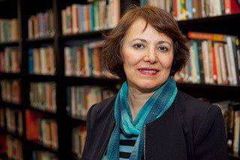 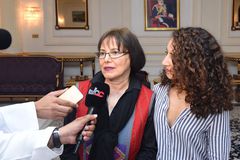