After a FedEx flight from Tel Aviv landed in Montreal last year, an unusual package cleared customs: upwards of 20 gallons of Kishon River sediment, double-bagged in plastic and then sealed in buckets.

Ultimately bound for a Quebec City laboratory, the Israeli sediment was ordinary to the untrained eye and nose: gray with flecks of black, the odor of any old soil. But to those who know the ancient Kishon for what it is – a badly contaminated river that flows from the mountains of Galilee to the Mediterranean Sea, and the site of key biblical events – those buckets held more than just sediment.

They held hope. The Kishon was long a dumping ground for waste from Haifa's oil refineries and factories – even blamed for cancer among navy commandos who practised diving there. Today, its fate is in the hands of microbiologist Christian Bélanger and his EnGlobe Corp. team. One year after successfully testing its bio-treatment at the Quebec lab, the Canadian company is preparing to launch its high-profile Kishon decontamination, the company's first foray into the politically fraught Middle East and into the realm of biblically significant sites.

"It's very important to us, for our biblical history as well as the fact that it's the main source of water for villages' agriculture," said Moshe Garsiel, professor emeritus of biblical archeology at Bar-Ilan University, near Tel Aviv. "I salute [Canada]. I've been there several times, from Nova Scotia to Calgary and the Canadian Rockies. You have rivers, you have lakes – beautiful ones. We don't have much, so it's very important that we preserve what we do have."

The project – involving a filthy seven-kilometre stretch before the river flows into the sea – comes at a time when relations between Ottawa and Israel continue to deepen, with the Harper government touting Canada as the Middle Eastern nation's closest friend. Canada was one of just a handful of countries to vote "no" at last year's Palestinian bid for statehood recognition at the United Nations, and Prime Minister Stephen Harper has repeatedly shown he will not tolerate the actions of some of Israel's worst enemies.

"Canada is one of our strongest allies around the world, if not the strongest lately, and I think it's very important for us to strengthen the relationship," then-environmental protection minister Gilad Erdan said in January when, alongside Canada's ambassador to Israel, he announced that EnGlobe had beaten out 20 international competitors for the $40-million Kishon River contract, which will also see the creation of a large ecological park.

The Kishon is the place where the prophet Elijah slew the idolatrous Baal priests after winning a famous test atop Mount Carmel, according to the Book of Kings. It's the river that the Book of Judges says drowned Canaanite fighters after their loss to the Israelites at Mount Tabor. And it's the Kishon that the surviving Canaanite commander crossed by foot before the biblical heroine Yael drove a tent stake through his skull.

Now, EnGlobe is swooping in to restore that piece of the past, to breathe new life into a river that's expected to serve the surrounding towns and kibbutzim in a way it hasn't since the state was established.

"It's a different culture – a different environment – that we need to respect," Dr. Bélanger said, adding that staff have been briefed to keep political opinions to themselves. "If we need to do more of this or less of that, just to be sure that the community and the people we work with are very pleased, we'll do so."

EnGlobe's Canadian, British and local Israeli staff are in the process of building a 19-hectare treatment site – the equivalent of about 40 football fields – where the company will purify a half-million metric tonnes of sediment over the next three years. And despite weather delays and complications stemming from a diversion project headed by another company, EnGlobe plans to cut a blue ribbon in November for its "grand opening."

By the time the Canadians are done, the Israeli government hopes the Kishon will become the "green lungs in the heart of the Haifa Bay area" – a 20-year-old dream, and a tall but important feat in a country where the people, religious or secular, are deeply connected to the land.

"There's an attachment to the ancient history and a real visceral connection to the places where events happened in the Jewish past," said University of Toronto archaeologist Michael Chazan.

Although Israel is a place where history is generously dispersed beneath its surface – unearthed at construction sites and even below garbage dumps – EnGlobe doesn't anticipate stumbling upon archaeological treasures. The local authorities didn't warn the company of any, nor did they note heritage concerns in their tender request, said Dr. Bélanger, who also recently submitted EnGlobe's proposal to qualify for the Lac Mégantic, Que., train derailment cleanup.

In Israel, Mr. Erdan once deemed the Kishon endeavour a "flagship project," which he hopes will usher in the rehabilitation of all of Israel's historical and biblical rivers. And for people like Mr. Garsiel, the author of a forthcoming book on Elijah, the project represents an opportunity for his young grandsons, Tal and Ido, to someday enjoy a place so dear to his own archaeological pursuits.

"I think the people of Israel would like to see the Kishon streaming – to see the fish and turtles and other life coming back," he said. "I will go. I promise." 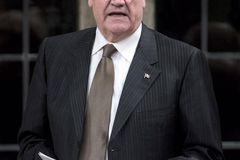 Opinion
Canada now paying the price for Baird’s misstep into East Jerusalem
May 6, 2013 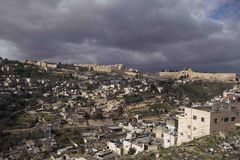 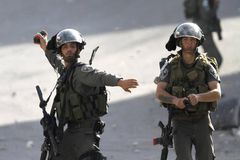 A living entity, water should have some rights of its own
August 23, 2013 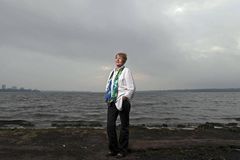 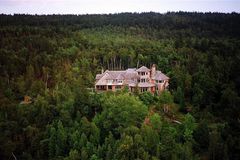