"The suggestion that I'm anti-Israel is absurd," William Schabas said Monday in an interview from Toronto, pointing out that he's on the editorial board of the Israel Law Review.

"Like everybody inside and outside Israel, I disagree with people. Is everyone in Israel who has an opinion about (Benjamin) Netanyahu anti-Israel?"

Schabas, who currently works as an international law professor at Middlesex University in England, is one of three lawyers who will investigate any violations of international humanitarian and human rights law in Gaza.

The 63-year-old Order of Canada officer, renowned for his work on international criminal and human rights law, was to be working alongside British-Lebanese lawyer Amal Alamuddin – the future wife of actor George Clooney – and Senegalese lawyer Doudou Diene, who has filled UN posts on racism and human rights in Ivory Coast.

The commission was to have reported back to the UN in March, 2015.

"UN Human Rights Council continues to be a sham for advancing human rights; today's (announcement) for members of its Gaza inquiry reveals its agenda," read one tweet.

A subsequent missive added: "It's an utter shame, and will do nothing to promote peace and dignity in Gaza for the Palestinian people."

Hillel Neuer, head of the Geneva-based advocacy group UN Watch, also called on Schabas to recuse himself from the commission because of his past criticisms of Netanyahu.

"Under international law, William Schabas is obliged to recuse himself because his repeated calls to indict Israeli leaders obviously gives rise to actual bias or the appearance thereof," Neuer said in a statement.

"You can't spend several years calling for the prosecution of someone, and then suddenly act as his judge. It's absurd – and a violation of the minimal rules of due process applicable to UN fact-finding missions."

"I have opinions like everybody else about the situation in Israel," he said. "They may not be the same as Hillel Neurer's or Benjamin Netanyahu's, that's all."

Schabas once suggested in a speech that he believes Netanyahu should be "in the dock of an international court." He also wrote in a law journal article that the Israeli prime minister could be regarded as "the single individual most likely to threaten the survival of Israel."

The month-long war between the Israeli military and rocket-firing Hamas militants in Gaza has killed more than 1,900 Palestinians, most of them civilians, according to Palestinian and UN officials.

In Israel, officials say 67 people have been killed, all but three of them soldiers.

Schabas, a respected genocide scholar, says he's approaching his new job with an open mind, and hopes both the Israelis and Palestinians will co-operate with the commission's investigation.

"It's very hard to make accurate assessments about war crimes without having the story from both sides," he said, adding the commission will likely probe actions by Palestinian forces in Gaza as well as part of its investigation.

"There's a very real possibility now of the International Criminal Court being involved or being engaged in this. The commission will examine as much as we can get of the information that's available, as much as we can get on the ground, and analyze the facts and make recommendations so that there's accountability on this."

Even though UN Watch mocked her appointment as an attempt to "inject some Hollywood publicity" into the process, Schabas expressed support for Alamuddin – but that was before she pulled out.

"I was contacted by the UN about this for the first time this morning," Alamuddin said.

"I am honoured to have received the offer, but given existing commitments – including eight ongoing cases – unfortunately could not accept this role."

It wasn't immediately clear what caused the confusion, or if someone else would replace her.

A new temporary ceasefire appeared to take hold in the Middle East on Monday as negotiators from Israel and the Hamas militant group resumed indirect talks to reach a long-term truce in the Gaza Strip.

The two sides were huddled in Egypt for what are expected to be marathon negotiations in the coming days.

"It's a very challenging mandate," Schabas said of his new job. "Someone has to do it; it's important that it be done, and maybe it can contribute to a little more peace and justice in the region." 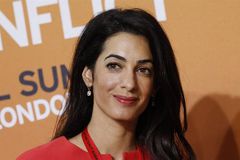 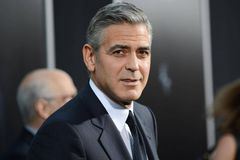