Before he was detained by North Korea, Reverend Hyeon Soo Lim spent nearly two decades leading the construction of a sprawling humanitarian operation in the secretive country. There were factories making noodles, yogurt and tofu. There were schools, a nursing home and an orphanage. There were projects for farming, optometry and fishing.

Rev. Lim's motives were beyond question, say his colleagues at Light Presbyterian Church, a Korean congregation of 3,000 in Mississauga that raises about $4-million a year in charitable donations, and spent heavily in North Korea. "He loves the people, and he wants to see the nation grow and develop," said Lisa Pak, a fellow pastor. The church received confirmation Wednesday that Rev. Lim, who had been missing since late January, has been detained in North Korea.

But in South Korea, Christians familiar with Rev. Lim's work say he may have courted danger in the way he built large-scale operations in a totalitarian state with heavy government control.

"He has very big goals in North Korea. And he has very good relationships with the North Korean government," said Rebekah Lim, who works with the Seoul-based North Korea Strategy Center, and had met the pastor several times.

The link with Mr. Jang's circle of influence was first reported by Agence France-Presse, and sparked concern among Rev. Lim's colleagues in Toronto. Ms. Pak said there are "no known ties to Jang."

But in an interview with The Globe and Mail, Rev. Chun Ki-Won, who has known Rev. Lim for a dozen years, said the Canadian pastor may have gotten too close to a man whose falling-out with Kim Jong-un made association with him potentially perilous.

"After Jang Song-Thaek was eliminated, Rev. Lim avoided going to North Korea," said Rev. Chun, who is the director of Durihana, a Seoul-based organization that helps rescue and resettle North Korean refugees.

The detention underscores the problems that can arise when working with a totalitarian government whose authorization is required to do just about anything. North Korea allows hundreds of small organizations to operate inside its borders, many of them with Christian roots, because it needs their help. But it can be a delicate dance.

"You actually have to work closely with the North Korean government, but the closer you get the more danger you are exposed to," Rev. Chun said.

Rajin, however, is near the Rason Special Economic Zone, one of the most prominent North Korean efforts to woo foreign investment. The Rason zone was led by Mr. Jang.

Foreign Affairs Minister Rob Nicholson said consular officials are in contact with the pastor's family but the situation is complicated by the fact that Canada has no diplomatic presence in North Korea.

"As there is no resident Canadian government office in the country, the ability of Canadian officials to provide consular assistance is limited, and this is why we have advised against any and all travel by Canadians to North Korea to stop," Mr. Nicholson said. "So Canadians shouldn't travel to North Korea under any circumstances."

According to tax filings, Light Presbyterian has operations in eight countries. But the church does not list North Korea as one of the places in which it operates, and it's unclear how much of its spending went there. Last year, as one example, it devoted $240,000 to a single project, the purchase of winter coats for North Koreans.

At the church, discussion in recent weeks has been about spiritual, rather than political matters. Early-morning daily prayers at the church have focused on Rev. Lim, Ms. Pak said.

"We have been praying and we've actually gotten great support from a lot of other churches in the area," she said. The pastor's family has also expressed gratitude for the efforts of the Canadian government, and their fellow Canadian Koreans. "We're very grateful for the community in Toronto," Ms. Pak said.

Opinion
It's time to stop laughing about North Korea
December 19, 2014 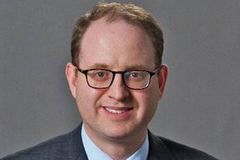 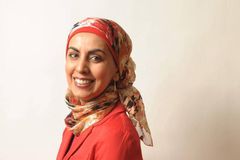 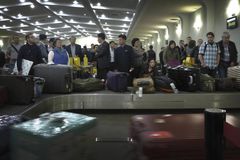 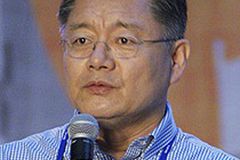